A draft resolution at the UN Security Council calling on Israel to make peace and end its occupation of Palestinian territories by the end of 2017 is premature and, if voted upon, would be exploited by the Israeli right in March elections, says veteran Israel expert David Makovsky. Unlike the past two elections, Prime Minister Benjamin Netanyahu is not the presumptive favorite, says Makovsky. If a Labor-led coalition wins, he says formal peace negotiations between the Israelis and Palestinians could resume. 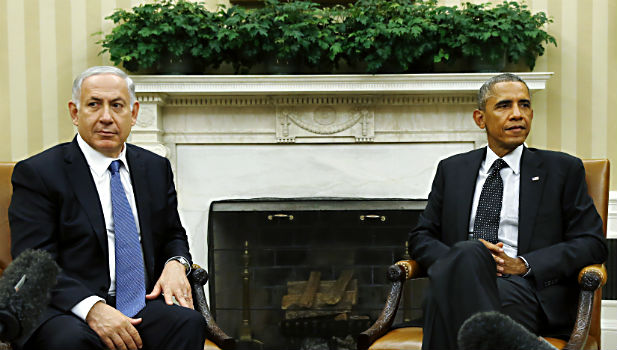 This is a very unusual [situation]. It’s the first time I can recall that a government collapsed and people weren’t clear why. It is true that bills were not getting passed, but if you take a closer look, they weren’t passing because the prime minister moved closer to the ultra-orthodox [right] to give himself an advantage after the government breaks down. It’s not so much that the prime minister was the victim of cabinet dysfunction, but rather he saw that this government wasn’t going to last and was trying to position himself with new partners. It wasn’t over the peace process, or over Iran, or over welfare payments.

Now a coalition is forming between the Labor Party, headed by Isaac Herzog, and the Hatnuah, or Movement, party, led by Tzipi Livni. Livni is, of course, in favor of a negotiated settlement with the Palestinians. Are they apt to overthrow the current government?

First of all, you’re not in the old days of Yitzhak Rabin where there is one overarching party. There has been a splintering of the political spectrum that has enabled all sorts of combinations not previously possible. Moreover, most of the parties say they want a two-state solution with the Palestinians. Therefore you have a situation where someone like [Israeli Foreign Minister] Avigdor Lieberman sees no problem with supporting Herzog.

In other words, the old left-right splits that defined Israeli politics are fraying. I wouldn’t say they’re over, but they’re fraying in a way that permits more combinations. If this election is a referendum on Netanyahu’s leadership, which seems to be the way it’s shaping up, that means it doesn’t align on the left-right axis split. So, Lieberman could go with Herzog and Livni.

"This is a very unusual [situation]. It’s the first time I can recall that a government collapsed and people weren’t clear why."

The crazy thing is that the more this is a referendum on Netanyahu’s leadership, the more you’re seeing something you don’t usually see in politics: Politicians are putting aside their egos for a greater cause. Herzog is agreeing to a rotation agreement with Livni that might have been unthinkable before, but people believe there has to be a change. The question is, does the right do the same thing? Does Naftali Bennett [minister of the economy and leader of the Jewish Home party] join with Netanyahu? In other words, there are a lot of different combinations, once you get out of the overarching politics of left-right on the territorial issue.

How does Netanyahu’s relationship with Obama factor into the elections?

That’s a good point. The U.S. relationship used to be his card. It used to be "I can handle the American account," kind of thing. Now people are not so sure. Although, he’ll say "My skill is not dealing with the White House, it’s trying to work with the Congress as a counterweight." But, whatever it is, he can’t use the American card as he has in the past.

It’s more complicated for him this time because people just want to hear that their prime minister is in sync with the U.S. leadership. This doesn’t mean there aren’t going to be policy differences; there are always policy differences. But that’s usually within a certain zone. There are some Israelis who blame Obama, but some Israelis blame Netanyahu. So it’s not a winning issue for him the way it has been, but if the United States agrees to an imposed solution [for Israel to leave Palestine] at the UN Security Council then people will rally around Netanyahu.

But is the United States going to do that?

If Herzog and Livni win then what happens?

Then the talks could be resumed.

And then we might have a real serious negotiation the last year and a half of the Obama administration?

That’s why the whole idea of any UN vote is very premature. It would certainly be exploited by the Israeli right because this fits its narrative—that they are the only ones who can be entrusted with Israeli leadership as the world tries to impose a solution that is not to Israel’s liking. In a strange way, Netanyahu might be counting on Mahmoud Abbas, the Palestinian leader, to push the issue now because that very much plays to Netanyahu’s strength. He wants this election to be about his ability to withstand international pressure.