Skip to main content
Why the Crimean Referendum Is Illegitimate

Voters in Ukraine’s republic of Crimea opted to join Russia in a referendum Moscow called the starting point for determining the future of the peninsula. CFR Adjunct Senior Fellow John Bellinger, former legal adviser for the U.S. State Department, said the March 16 vote violates both the Ukrainian constitution and general principles of international law, which respect the territorial integrity of states. Despite concerns about the vote and Russia’s deployment of forces in Crimea, he said, the international community has limited options to overturn the result. But Bellinger added: "Russia may find that its support for Crimea’s independence might trigger referenda or secession movements that it opposes, such as in Chechnya." 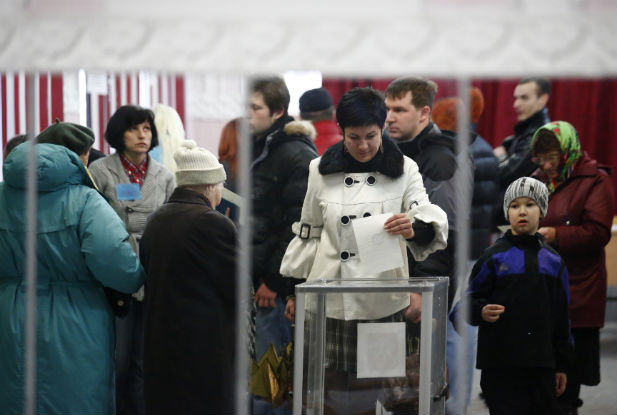 U.S. and EU officials have criticized the referendum as illegitimate. Why?

The Obama administration and most European governments argue that the referendum violates both the Ukrainian constitution and international law. The Ukrainian constitution requires that any changes to the territory of Ukraine be approved by a referendum of all of the Ukrainian people. The requirement is consistent with general principles of international law, which respects the territorial integrity of states and does not recognize a right of secession by a group or region in a country unless the group or region has been denied a right to "internal self determination" (i.e., its right to pursue its own political, economic, social, and cultural development) by the central government or has been subject to grave human rights violations by the central government. These factors, which could give rise to a right of remedial secession under international law, are not present in Crimea.

International law prefers to preserve the territorial integrity of states and limit the right of popular self-determination because minority secession movements, if allowed to proceed without limits, do not reflect the views of the majority in a state and could lead to the breakdown of the international system.

What international legal options are available to challenge the vote and Russia’s moves in Crimea?

The international community has limited options to overturn the vote. On Saturday, Russia vetoed a [UN] Security Council resolution that would have declared the Crimea referendum invalid. The U.S. and other governments could seek a resolution of the UN General Assembly condemning the referendum, but this would not have any binding effect.

The General Assembly could also ask the International Court of Justice to render an "advisory opinion" that the referendum was illegal. After Kosovo declared independence from Serbia in 2008, the General Assembly, at the request of Serbia, asked the ICJ for an advisory opinion regarding Kosovo’s declaration of independence. In that case, the ICJ concluded that Kosovo’s declaration was not illegal. However, the Crimea situation is significantly different from Kosovo, and the ICJ might reach a different conclusion, especially if the question were framed differently.

What is different about the case of Kosovo, in which NATO aircraft bombed Serbian forces to create "facts on the ground" leading to independence of Kosovo Albanians?

NATO intervened in Kosovo only after Serbia committed terrible atrocities against the Kosovar Albanians. The Kosovo crisis led the UN Security Council in 1999 to adopt UN Security Council Resolution 1244, which placed Kosovo under international supervision. The United States and many (but not all) European countries supported Kosovo’s declaration of independence in 2008, but argued that the Kosovo situation was unique and did not set a precedent for any other territorial secessions. In particular, the U.S. government noted that the independence of Kosovo was the final stage of the dissolution of Yugoslavia, that Kosovar Albanians had been subject to gross human rights abuses, that Kosovo had been under international supervision that contemplated its independence, that other avenues for resolution had been explored, and that UN Special Envoy for Kosovo Martti Ahtisaari had recommended independence for Kosovo. None of these factors are present in the case of Crimea. And, as I have noted, international law respects the territorial integrity of states and does not provide for a general right of secession, except in limited circumstances.

Russia says the Kiev-led government itself is illegitimate because of its failure to respect the deal that provided for Yanukovich to remain in power. Valid point?

Ukraine’s parliament appears to have ousted Yanukovich in a lawful manner under Ukrainian law. However, even if the parliament’s action was questionable, this would not trigger any right under international law for Russia to intervene in the Ukraine or for Crimea to secede.

What, if any, precedent will this vote set for other restive regions in Russia and beyond?

If Crimea actually secedes and agrees to be annexed by Russia, this could embolden other secessionist movements in Eastern Europe and elsewhere.

When the United States and other European governments supported the independence of Kosovo, they were aware that it could set a precedent for other secessions, despite their arguments that Kosovo was a unique situation. (This is why some European governments with separatist movements -- such as Spain and Turkey -- did not support secession by Kosovo.) Two regions of Georgia -- South Ossetia and Abkhazia -- had previously declared themselves independent from Georgia, and in 2008 Russia recognized them as separate states. In 2006, the region of Transdnistria held a referendum and declared itself independent from Moldova.

Just as the United States recognized the possible precedent set by Kosovo’s secession, Russia may find that its support for Crimea’s independence might trigger referenda or secession movements that it opposes, such as in Chechnya.