President Donald J. Trump’s firing of FBI Director James Comey comes amid multiple U.S. government investigations of Russia’s alleged interference in the 2016 presidential election, touching off a heated debate over its timing and motivation. “Removing the director will complicate and slow the FBI’s investigative efforts,” says CFR’s Matthew Waxman, an expert on presidential powers and national security, in this written interview. “There is a grave national security issue underlying this.”

How significant is the decision to remove Comey?

This is a significant move, but it’s too early to call it a constitutional crisis. Whether it becomes one depends on the reactions of other officials in the executive branch and in Congress. The FBI director serves a ten-year term precisely to insulate him from partisan politics and there is a strong norm that presidents don’t dismiss the FBI director except for truly gross ethical breaches. The explanation given by the White House for its sudden move doesn’t add up.

Besides the immediate concerns about dismissing the FBI director, there is a grave national security issue underlying this: regardless of past conduct by any Trump associates, or even links between any of them and Russia, Russia conducted serious meddling in the U.S. presidential election. There has been no indication so far that the Trump administration is taking that seriously. There are huge national security stakes here, beyond individual culpability. 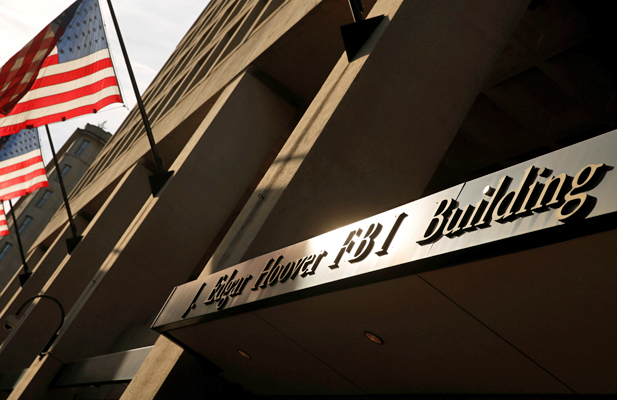 A general view of the Federal Bureau of Investigation building in Washington, DC. (Jonathan Ernst/Reuters)

What does this mean for the investigation of Russia’s potential interference in the U.S. election?

On the one hand, removing the director will complicate and slow the FBI’s investigative efforts, but on the other hand, the president’s move is fueling calls for an independent investigation of Russian election meddling, including among some Republicans.

This move further undermines the credibility of the White House’s claims that there’s nothing to any of the allegations that Trump’s associates had improper Russia connections and that the Trump administration is not interfering with investigations. If the White House thought this move would dampen pressures for aggressive investigation, it miscalculated badly.

How can Congress respond to this?

Congress’s role is critical here. Dismissing Comey will shine an even brighter light on both the House and Senate investigations into Russian interference. Questions facing Congress will include how to handle ongoing investigations, whether to create some sort of new and independent investigation, and how to scrutinize the president’s pick to replace Comey. Since both houses of Congress are controlled by Republicans, the answers to each of these questions will depend on whether members of the president’s own party are willing to buck him.

What does this mean for the FBI?

Whatever the criticisms of how he publicly handled the Clinton investigation, Comey was an effective and respected director and it’ll be difficult to find a replacement who can match his leadership, experience, and skills.

Beyond its role in federal criminal law enforcement, the FBI is a critical national security and intelligence agency and it plays an especially vital role in counterterrorism. Much of that day–to-day work there continues, of course, but a leadership gap is dangerous. If there were a major terrorist attack or a cyberattack against the United States, the FBI director would play a key role in our response.

How will other countries interpret this decision?

Some of the democratic principles we try to promote abroad are prosecutorial independence and the idea that no one is above the law. That image just took a serious hit.

U.S. offensive cyber operations might deter Russia and other U.S. adversaries online, but we should consider the global consequences of escalating cyber conflict.

The Ailing INF Treaty: What to Know

A collapse of this Cold War–era arms treaty, which many believe has favored the United States, could unleash a new age of nuclear weapons competition.

The “law of one price” holds that identical goods should trade for the same price in an efficient market. But how well does it actually hold internationally? The Economist magazine’s Big Mac Index uses the price of McDonald’s Big Macs around the world, expressed in a common currency (U.S. dollars), to measure the extent to which various currencies are over- or under-valued. The Big Mac is a global product, identical across borders, which makes it an interesting one for this purpose.