Iraq’s next prime minister Haider al-Abadi must maintain the support of the country’s powerful Shia factions while he builds a new administration and attempts to reverse the sectarian policies of his predecessor, says expert Mohamad Bazzi, who covered the 2003 Iraq war and its aftermath. At the same time, Abadi will have to retain the confidence of Iran, which views Shia-led Iraq as a vital strategic counterweight to Sunni Arab rivals in the region, particularly Saudi Arabia, explains Bazzi. 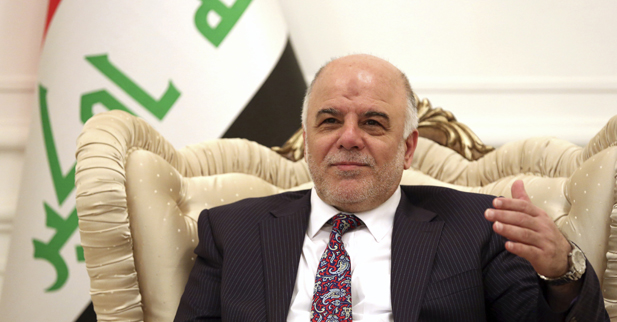 How can Abadi, a Shia Islamist, convince Sunnis to abandon their revolt while simultaneously responding to the threat posed by the extremist Sunni militants of theIslamic State in Iraq and Syria (ISIS)?

More From Our Experts
Catherine Powell
The Robots are Coming: AI Replaces Line Judges at U.S. Open, With Global Implications for Jobs
Elliott Abrams
Why “Reforming” the United Nations Security Council is a Bad Idea

Abadi needs to assure Sunnis that he will be able to reverse the legacy of his divisive predecessor, Nouri al-Maliki. Sunni political factions have several interconnected demands: amnesty for tens of thousands of Sunnis imprisoned—in many cases without judicial review—by the Maliki government in the name of fighting terrorism; greater power in the new government, especially by securing one of what are known as the "sovereign ministries" (defense, interior, foreign affairs, oil, and finance); and a more significant role in the Iraqi security forces, which Maliki cleansed of many senior Sunni officers.While some Shia factions are willing to give Sunnis these demands, others are adamantly opposed.

Already, Abadi is being hampered by a new wave of sectarian bloodletting. On August 22, masked gunmen barraged a Sunni mosque with gunfire in Diyala Province, killing dozens of worshippers during Friday prayers. Sunni leaders blamed Shia militias for the massacre, and within hours they withdrew from negotiations with Abadi to form a new government.

Even if Abadi is able to meet all Sunni demands, he will routinely face sectarian violence and rifts beyond his control. Iraq is at the center of several regional proxy battles: Iran is heavily involved in shaping Iraqi policy, while ISIS represents spillover from the Syrian civil war next door; the militant group is also a byproduct of the Gulf Arab states that support Sunni jihadists in both Syria and Iraq.

After eight years in power, Nouri al-Maliki alienated not only Iraq’s Sunnis and Kurds, but also many Shias in his coalition. Does Abadi enjoy broader support from Shias in Iraq? Is he capable of unifying Iraq’s Shias?

More From Our Experts
Catherine Powell
The Robots are Coming: AI Replaces Line Judges at U.S. Open, With Global Implications for Jobs
Elliott Abrams
Why “Reforming” the United Nations Security Council is a Bad Idea

For now, Abadi appears to enjoy broader support from various Shia factions, partly because many parties reached the point where they were willing to accept any Shia leader other than Maliki. But as the jockeying over government ministries unfolds, Abadi risks alienating some of these Shia factions if he is perceived as favoring his own Dawa Party—and the larger State of Law Coalition, which won the most seats (92 out of a total of 328) in April’s parliamentary elections—during the distribution of cabinet portfolios.

In 2010, Maliki ultimately secured a second term after Iran strong-armed two fellow Shia leaders, Ammar al-Hakim and Muqtada al-Sadr, into supporting him. The two clerics control about sixty-three seats in the new parliament, and they will both want influential ministries. Abadi will also need to appease several other Shia parties and militias largely beholden to Iran, including Asaib Ahl al-Haq (the League of the Righteous) which is led by Qais al-Khazali.

Sistani represents the dominant theological school in the Iraqi holy city of Najaf, which rejects the Iranian model of rule by clergy. The Najafi clerics believe their role is to be spiritual leaders and not to participate directly in politics. Since the U.S. invasion of Iraq, Sistani seized a more direct political role on several occasions, especially in 2004 when he lobbied for early elections and a constitutional referendum. But he never stepped into the political process as forcefully as he has since the fall of Mosul to ISIS militants in early June. Sistani issued a call to arms urging all able-bodied Iraqi men to join the security forces against ISIS, and he also played a leading role in persuading Iraq’s political elite to replace Maliki as prime minister. Sistani’s actions could shift the historic debate regarding the position of Shia clerics. Ironically, in order to preserve the "quietist" position of the Najafi clerics, Sistani has become more deeply involved in politics.

Since the U.S. invasion, Sistani has competed with more radical clerics, especially Muqtada al-Sadr, for leadership over the Shia community in Iraq. This struggle parallels the battle between Iranian and Iraqi clerics for dominance over the larger Shia realm: this Shia infighting, like Iraq itself, has been swept up in a wider regional proxy war between Iran and the Sunni Arab states in the Persian Gulf, especially Saudi Arabia. These competitions have ebbed and flowed as various Shia factions consolidated power over the central government in Baghdad, and as the Iranian regime extended its influence in Iraq. The rise of ISIS, which views Shias as apostates, and other Sunni insurgent groups in Iraq, threatens the interests of all Shia factions and the Iranian regime.

Sistani is credited with averting a potential crisis among Iraq’s Shias. Is there anyone else in the country with similar influence?

No one but Sistani holds the religious and moral authority to restrain Sadr, Khazali, and the other Shia factions. He is also perhaps the only Shia leader in Iraq who can provide some check on Iranian influence. There is no clear successor if Sistani dies or is incapacitated. In Najaf, there are four other grand ayatollahs who could succeed Sistani as the highest marja al-taqlid (source of emulation) for Iraqi Shias. But none of them has as wide a following or the political deftness that Sistani has displayed since the U.S. invasion.

How does Tehran view the ousting of Maliki?

Iran is the regional player that has benefitted the most from America’s gamble in Iraq. The United States ousted Tehran’s sworn enemy, Saddam Hussein, from power. Then Washington helped install a Shia government for the first time in Iraq’s modern history. As U.S. troops became mired in fighting an insurgency and containing a civil war, Iran extended its influence over all of Iraq’s major Shia factions.

The Iranian regime has several interests: Iraq provides strategic depth and a buffer against Saudi Arabia and other Sunni Arab states that are competing with Iran for dominance over the Persian Gulf. More broadly, Tehran wants to ensure that Iraq never again poses an existential threat to Iranian interests, as Saddam did when he invaded Iran in 1980, instigating the eight-year war that devastated both countries. Saddam was supported by the Sunni Arab states and most Western powers. Iran will do whatever is necessary to keep a friendly, Shia-led government in power in Baghdad.

Through a combination of funding, training for militias, and political support, Iran will continue to back all the major Shia factions in Iraq. Maliki did not start out as beholden to Iran, but as he struggled to remain in power, he became more dependent on Tehran. Abadi needs to keep the support of various factions within the Dawa Party—and he needs the backing of other Shia parties. Even if Abadi personally feels closer to the West (and that is not entirely clear), he needs Iranian support to form a government and to remain in power. Iran has many levers to maintain its influence over the political process in Iraq.