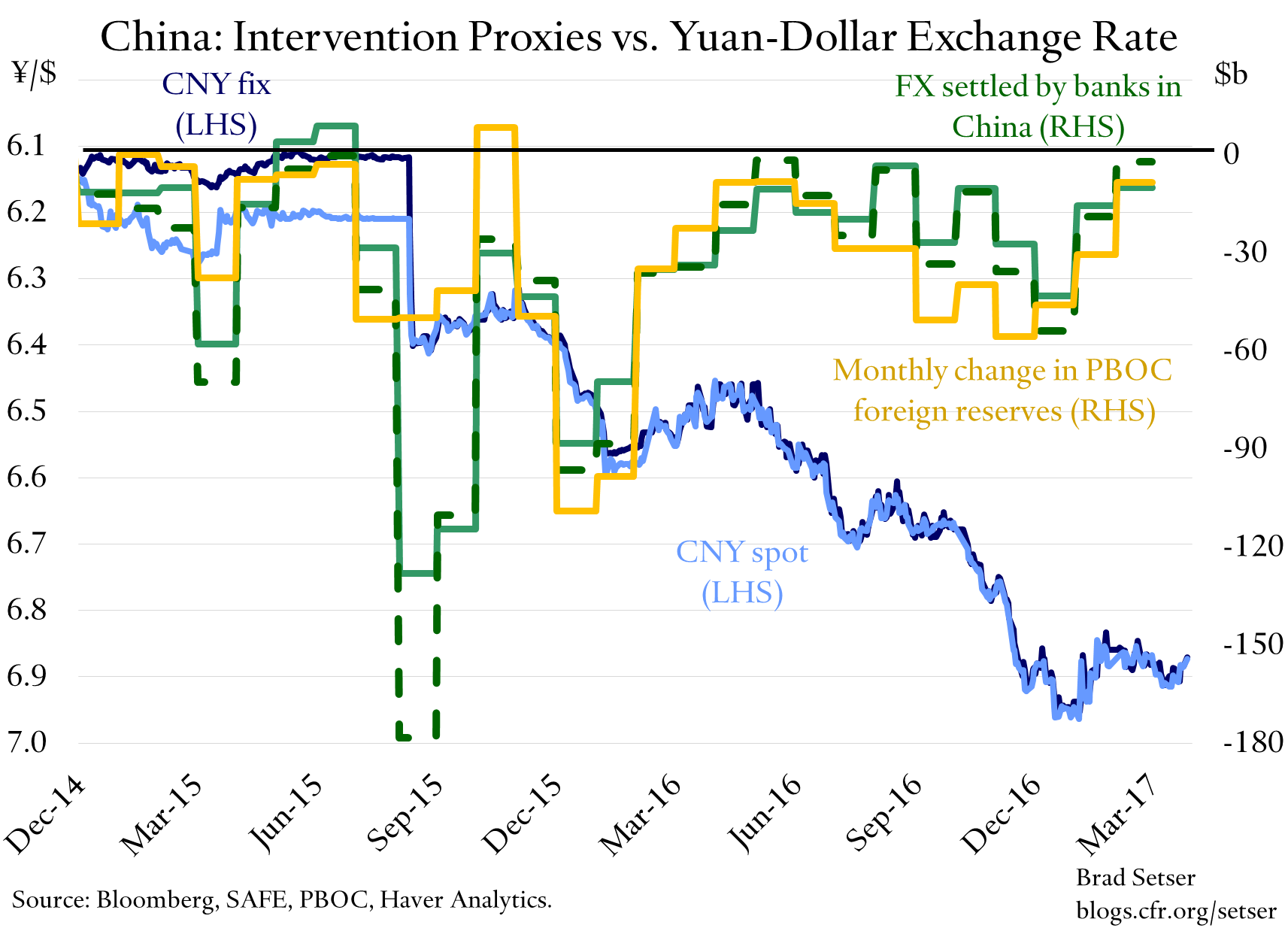 The fall off in foreign exchange sales is particularly impressive given that China didn’t have its usual trade surplus in February, for seasonal reasons (China’s trade often swings into deficit during the lunar new year). Modest reserve sales alongside a monthly trade deficit imply that the pace of capital outflows fell.

The only analytical problem is that the fall in pressure on the renminbi is a bit over-determined.

Controls on outflows were tightened. For real, it seems. That likely helped.

And the yuan was stable against the dollar, broadly speaking. There continues to be a correlation between movements in the yuan and the pace of outflows. 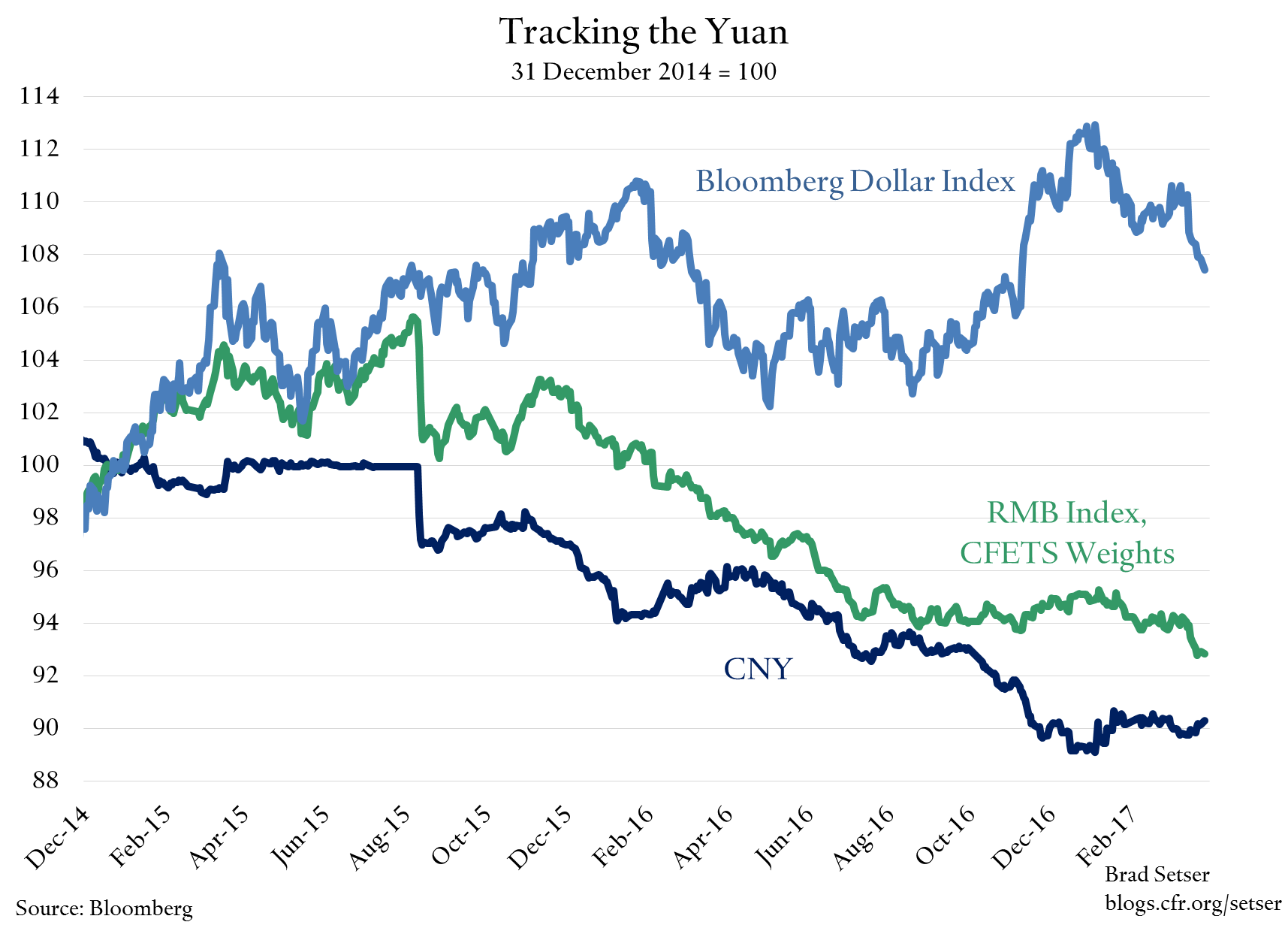 The data for March won’t be out for several more weeks. Given the dollar sold off a bit in March, allowing the yuan to rise a bit against the dollar within the broad context of managing against a basket—there is no strong reason though to think pressure on the yuan has returned. One implication: the money market tightening in China likely was done for domestic reasons, not as a by-product of an effort to support the currency.

Just How Much Money Should the Border-Adjusted Tax Raise Be Expected To Raise?