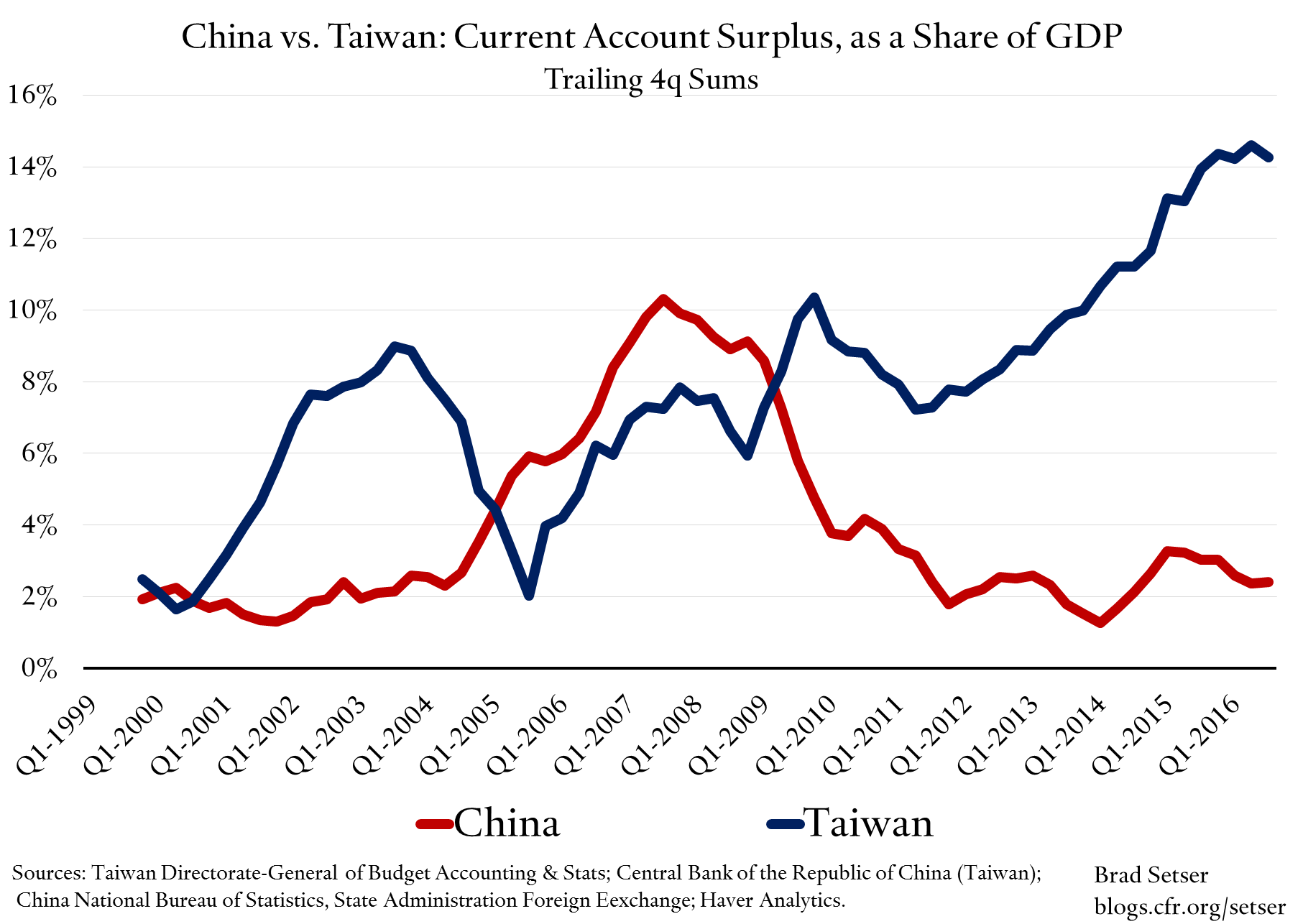 And Taiwan’s government clearly has been encouraging private capital outflows—notably from the the life insurance industry—largely by loosening prudential regulation, and allowing the insurers to take more foreign currency risk. Private outflows help limit the need for central bank intervention to keep the currency down, but also require private institutional investors to take on ever more foreign currency risk.

China by contrast has been selling foreign exchange reserves in the market to prop its currency up. Right now, the case that China is managing its currency in ways that are adverse to U.S. trade interests is not strong. 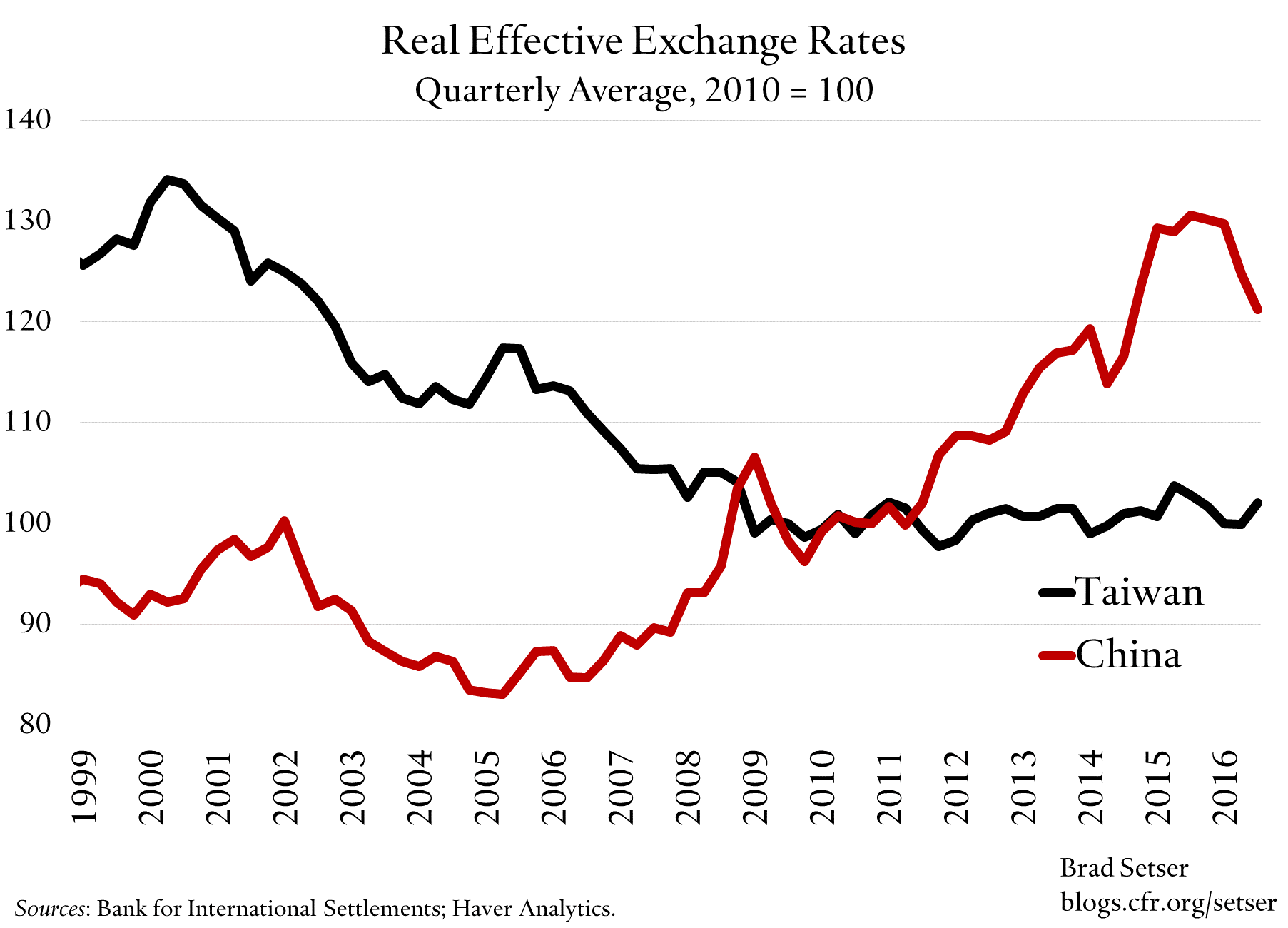 “Taiwan is actually intervening in the market to hold its currency down” is the kind of wonky technocratic detail that seems somewhat out of favor right now.*

But it is also factually true that Taiwan has a bigger current account surplus and a more consistent pattern of intervention to resist appreciation over past few years than China does. Korea too, though Korea is a more complex story.** Which adds to the awkwardness of singling China out…if that is in fact what President-Elect Trump plans to do.

And, of course, this is all second order compared to the broader foreign policy issues involved in the "One China" policy.

* Taiwan’s bilateral surplus with the U.S. is modest. But it no doubt would be much bigger if calculated on a value-added basis. Depending on where the quantitative thresholds are set you could make a case that Taiwan would meet the 2015 Bennet amendment’s three criteria. Directionally at least.

** To be clear, Korea intervened heavily to block won appreciation in the third quarter, when the won was around 1100—but it hasn’t been buying recently. No need. The won has sold off with the dollar’s appreciation, with an assist from Korea’s own political uncertainty. It is no longer at levels where the Korean authorities typically intervene to limit appreciation. In fact, the won has depreciated to levels where the Koreans occasionally sell. The detailed data for October indicates very modest sales, after taking into account the fall in Korea’s forward book. November is likely to be similar.