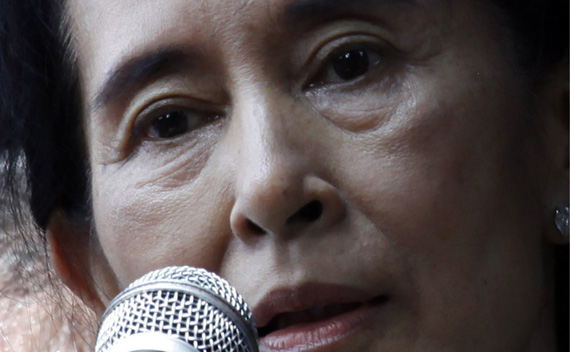 The release today of Myanmar opposition leader Aung San Suu Kyi, probably the world’s most famous political prisoner (Liu Xiaobo now will hold that honor) has been greeted with acclaim and joy in Yangon, where she has been kept under house arrest for most of the past two decades. [The Irrawaddy has all the details.] Many foreign governments, too, have cheered the release, potentially ascribing it as a sign that the junta, whose favored party dominated the recent – and heavily rigged -- national elections in Myanmar, might be feeling secure enough to embark upon some opening up of the political system.

But don’t count on it. Though I believe that the election, even with all its outright fraud and rigging, might have some impact by bringing a slightly more educated, civilianized, and worldly government into office, Suu Kyi’s release, for now, does not mean that much. While the junta is often derided by outside observers, reporters, and some diplomats as backwards, xenophobic, superstitious, and plain strange, in reality it has for two decades played the outside world quite well, offering just enough – like a Suu Kyi release – to seem like a political opening is coming, but never really taking any major steps toward change.

After all, this is not the first time the junta has played the Suu Kyi release game. In the mid-1990s, a time when it wanted to attract foreign investment and tourism, and to join the Association of Southeast Asian Nations, the regime released Suu Kyi. Asean allowed it in, foreign investment flowed into Myanmar, and – surprise – the regime locked up the opposition leader again. Then, in the early 2000s, it pulled the same trick. It let her out of house arrest, and she traveled the country, speaking to crowds in the tens of thousands. Many foreign observers predicted some kind of deal between Suu Kyi’s party and the junta, a deal that would lead to real political change. But again, once the regime saw that Suu Kyi could still attract popular support, and it had achieved its objectives in wooing the outside world, it locked her up again, this time after a brutal attack on her convoy on a rural road.

So, what’s to think the same game isn’t being played again? If the junta allows Suu Kyi to travel, they will see that, though her party apparatus is withered and many of its senior leaders are old, she herself retains enormous popularity and could pose a serious security risk to the generals. And though there are many pressing issues on which Suu Kyi could play an important role – not least of which is the looming conflict between ethnic minorities and the central government – the generals will be wary of allowing her any kind of high-profile stage. After all, when Suu Kyi publicly offered to work with Senior General Than Shwe on social welfare issues and to get sanctions against Myanmar removed, she got little reply.

More likely, and sadly, the savvy junta is going to win the game again. Its neighbors will praise the release as a step forward, and it might add some fuel to the United States’ policy of engagement with the country, allowing the junta the kind of foreign friendships it can use to play off its major patron, China. But if Suu Kyi demonstrates her popularity, and travels, and rebuilds her party organization, expect to see her under house arrest again.

Obama in Seoul: Underscoring the Sino-U.S. Gap on North Korea