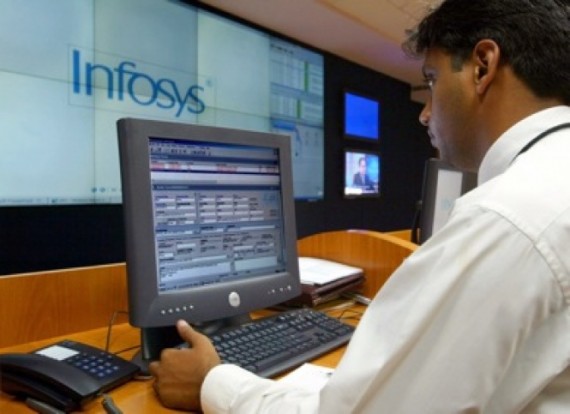 My latest “DC Diary” column is out in India’s leading financial daily, the Business Standard.  The piece tries to hone in on some qualities that increasingly bind Indian and American business—qualities that, I think, got a bit lost amid the high-profile commercial diplomacy surrounding President Obama’s November 5-8 visit to India.

President Obama wowed India, and all those who care deeply about US-India relations should cheer.  But one element of the president’s agenda merits further reflection.  His trip showcased business and investment.  Yet the high-profile deal making obscured three essential qualities that bind Indian and American business:  Both countries, each in their own way, embrace the power of private enterprise.  Both countries, again in distinct ways, have private sectors that have chafed under the hand of government.  And, increasingly, both countries share a commitment to entrepreneurship as a source of innovation and growth.

Make no mistake, public-private deal making is important.  And, goodness knows, the US and India need stronger commercial ties.

But, in these respects, the United States and India aren’t China.  And that’s important to remember because Americans are hardly the only ones making commercial deals with India these days.  Others’ deals, including China’s, are as big, and sometimes bigger.

The president’s program focused heavily on market access, including big-ticket commercial deals and the theme of job creation for US workers via the Indian market.  US-India trade has grown rapidly, more than doubling from 2004 to around $66 billion in goods and services trade in 2008.  US business benefits from the president’s helping hand:  The US is India’s second-largest trading partner, trailing only China.  By contrast, India is America’s 14th largest trading partner in goods—behind Brazil and down the list with countries as small as Malaysia.  This is no coincidence:  Business is playing catch-up after decades in which US-India relations lacked economic content.  So, US business looks to the president to help address structural impediments that hinder trade.

Still, here’s what struck me about the commercial announcements bundled into the Obama visit.  There was $4.1 billion for heavy transport aircraft, $822 million for light combat aircraft engines, $900 million in export finance guarantees for India’s mining sector, and a $750 million sale of General Electric gas and steam turbines to Reliance Power.  But that $750 million was dwarfed by Reliance’s near-simultaneous $8.29 billion deal with Shanghai Electric for 36 coal-fired plants.

Indeed, China popped up consistently—and inconveniently—throughout Obama’s sojourn in Asia.  From India, the President flew on to Indonesia, where a Chinese delegation had just inked a deal for $6.6 billion in infrastructure and development financing.  Secretary of State Hillary Clinton diverted to Cambodia, where Beijing is financing $1.6 billion in new infrastructure.

China has much going for it, not least economies of scale.  But do its deals help foster comparative advantage in India?  Do they reflect a shared commitment to a dynamic private sector?

At a time when some of China’s deals, even in India, dwarf America’s, it is worth remembering what makes US-India commercial ties so unique:

First, the growing closeness is a function of shared strategic and economic interests.  With economic growth, India has acquired the capacity to act on issues of primary strategic and economic concern to the United States.  The US has developed a growing stake in continued Indian reform and success, betting that a stronger India will contribute not just to global growth but also to the promotion of market-based economic policies, even as state capitalist models, including China’s, have gained traction with other countries.

Second, since the liberalization of the 1990s, there are clear signs that market-based approaches are prevailing in India.  This has facilitated a coincidence of interests with the US private sector.

Third, some of these partnerships reflect a growing commitment to entrepreneurship.  And that, too, has been on the rise in India.  Indian immigrants to the United States retain a wide range of professional ties to India, returning regularly for business and to exchange technology and labor market information with colleagues and friends.  Some advise companies.  Others invest in start-ups and venture funds.  Still others play an advisory role to the Indian government—and, for that matter, to the US government.

For all the frenzied deal making, India’s commercial relationships with others—and not least China and Russia—lack these central elements.  The US-India economic relationship isn’t unique only because of dollars and rupees.  It stands out because of the degree to which it has embraced the exchange of ideas and talent.

These vibrant connections increasingly include small- and medium-sized companies.  Large firms can always find each other:  Boeing and Air India, or GE and Reliance Power.  Small and medium-sized enterprises need more help, and not just at the national-level.  They need state-level support, and they need policy incentives.

This is one place the US-India partnership should look next.  The trick is to bind our economies at every level.  Greater coordination at the state and local levels is important.  Different states have different initiatives, and analysis from other countries has shown that policies aimed at small businesses have not always helped.

So, too, could discussion of regulations, tax laws, capital requirements, and repatriation of profits.  In all of these areas, transnational entrepreneurs have a stake.

At the end of the day, the principal challenge will be to remove bottlenecks that, too often, have stifled cooperation.  But a second challenge is to unleash the entrepreneurial energies that Americans and Indians increasingly share.  We need to unleash those in both societies prone to take risks, to break a little china, and ultimately to turn big ideas into path-breaking innovations.

Impunity – The Obstacle in Southeast Asia