Q: I was hoping you could clarify how airstrikes are being conducted without any JTACs [joint terminal attack controllers] on the ground in most cases. And also how you assess civilian casualties in those cases, if at all.

Gen. Terry, commander of Combined Joint Task Force Operation Inherent Resolve: …We have some great capability in terms of precision. What’s in the balance here if you’re not careful is you can be precisely wrong. You could strike, you know, tribes. You could strike Iraqi security forces. And you could create a very bad situation. To date, we’ve got a very good record. I am tracking no civilian casualties. If we even suspect civilian casualties, we would immediately direct investigation, determine the cause, and then seek to understand the lessons learned from that and apply those lessons learned.

(3PA: This is implausible, but, if true, totally unprecedented in the history of airpower: 1,361 airstrikes and no non-combatants killed. A good follow-up question would be to ask Lt. Gen. Terry if he would acknowledge civilian casualties when they occur.)

HVT [High-value target] strikes, however, may increase support for the insurgents, particularly if these strikes enhance insurgent leaders’ lore, if noncombatants are killed in the attacks, if legitimate or semi legitimate politicians aligned with the insurgents are targeted, or if the government is already seen as overly repressive or violent. Because of the psychological nature of insurgency, either side’s actions are less important than how events are perceived by key audiences inside and outside the country, according to an academic expert on counterinsurgency...(p. 2)

Moreover, the Taliban has a high overall ability to replace lost leaders, a centralized but flexible command and control overlaid with egalitarian Pashtun structures, and good succession planning and bench strength, especially at the middle levels, according to clandestine and US military reporting.(p. 9)

(3PA: The same day the report questioning the efficacy of killing high-value leaders was leaked, the Pentagon issued a press release touting, “Since mid-November, targeted coalition airstrikes successfully killed multiple senior and mid-level leaders within the Islamic State of Iraq and the Levant (ISIL),” which “degrades ISIL’s ability to command and control current operations.”)

The increase in the number of treaties in force has been relatively steady over the time period considered but does appear to increase at a more rapid rate around the 1991 collapse of the U.S.S.R. This trend is consistent with the trend in new treaties entering into force each year and is driven, at least in part...by the emergence of a number of new states with the break-up of the Soviet Union. 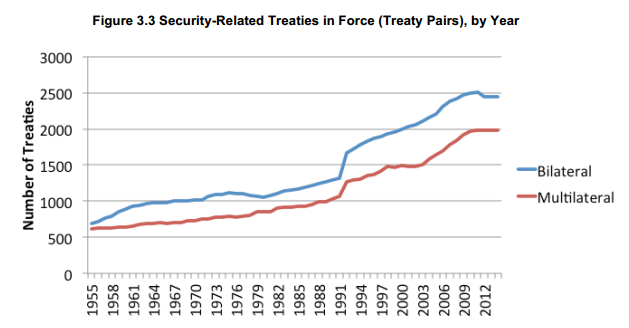 The counterterrorism machine the United States stood up after the 9/11 attacks has become a bureaucratic juggernaut that struggles to adapt, [Lt. Gen. Charles Cleveland, commanding general of U.S. Army Special Operations Command] said. "We built a great apparatus for terrorism. It has huge advocacy. If someone questions it, you run the risk of taking on an entrenched infrastructure."

The United States needs fresh ideas on how to make the nation safe, he said, and they can’t just involve military actions. "We keep adapting the existing tools the best we can but at some point we have to develop new tools, new ways to look at this problem." 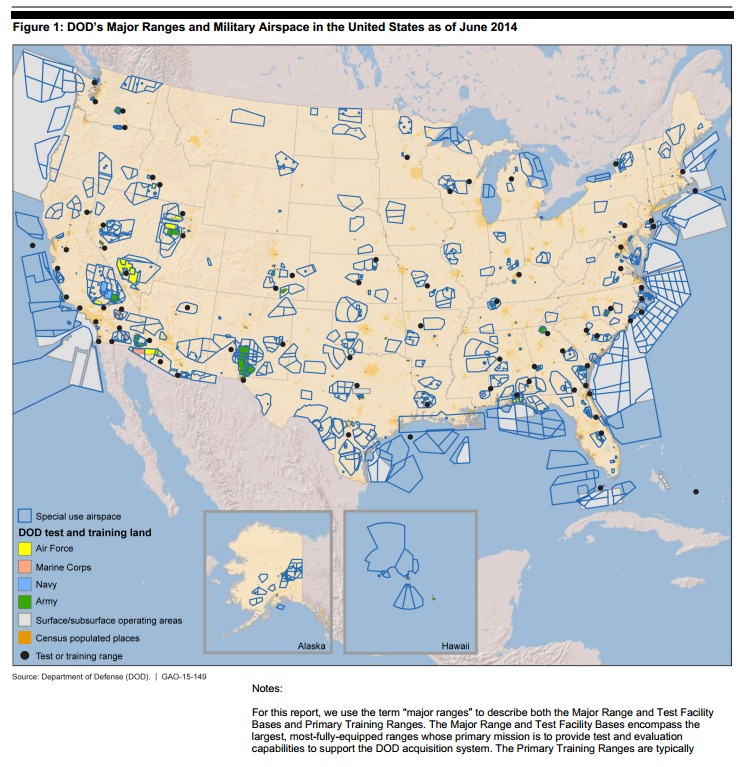 21. Memorandum From the President’s Assistant for National Security Affairs (Brzezinski) to President Carter

…7. Both Sadat and Begin must starkly see the consequences of success and failure if they are to make hard choices.

—Failure brought on by Sadat’s intransigence would bring to an end the special US-Egyptian relationship. Even if Sadat is not held responsible for the collapse of negotiations, we would find it increasingly difficult to maintain the close ties of the past few years and the Soviet Union would find opportunities to strengthen its position in the area at Sadat’s expense as well as our own. Sadat must be told that we cannot afford more surprise moves by him if we are to work together effectively for a peace agreement. We expect to be consulted before Sadat takes new initiatives.

—Begin must see that US-Israeli relations are based on reciprocity. Our commitment to Israel’s security and well-being must be met by an Israeli understanding of our national interests. If Israel is responsible for blocking progress toward peace in the Middle East, Begin should be told clearly that you will have to take the following steps, which could affect the US-Israeli relationship:

—Go to the American public with a full explanation of US national interests in the Middle East (strategic relations with Soviets, economic interests, oil, cooperation with moderate regimes).

—Explain the scale of US aid to Israel ($10 billion since 1973, or nearly $4000 for each Israeli citizen). Despite this, Israel is unwilling to reciprocate by showing flexibility in negotiations.

—We will be prepared to spell out publicly our views on a fair settlement.

—We will be unable to defend Israel’s position if the negotiations shift to the UN or Geneva.