“Report of the Defense Science Board: Task Force on Contractor Logistics in Support of Contingency Operations,” U.S. Department of Defense, June 2014, p. 10. 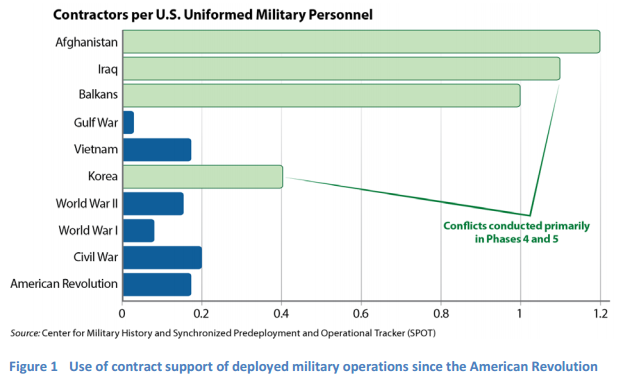 Secretary of Defense Chuck Hagel: They [ISIS] are an imminent threat to every interest we have, whether it’s in Iraq or anywhere else…This is beyond anything that we’ve seen. So we must prepare for everything. And the only way you do that is that you take a cold, steely, hard look at it and get ready.

The findings presented in the present report, based on 480 interviews and evidence collected between 20 January and 15 July 2014, establish that the conduct of the warring parties in the Syrian Arab Republic has caused civilians immeasurable suffering.

Non-State armed groups, named in the report, committed massacres and war crimes, including murder, execution without due process, torture, hostage-taking, violations of international humanitarian law tantamount to enforced disappearance, rape and sexual violence, recruiting and using children in hostilities and attacking protected objects. Medical and religious personnel and journalists were targeted. Armed groups besieged and indiscriminately shelled civilian neighbourhoods, in some instances spreading terror among civilians through the use of car bombings in civilian areas. Members of the Islamic State of Iraq and Al-Sham (ISIS) committed torture, murder, acts tantamount to enforced disappearance, and forcible displacement as part of an attack on the civilian population in Aleppo and Ar Raqqah governorates, amounting to crimes against humanity.

(3PA: At a mere twenty-three pages, this is the single best and most-balanced summary of the conflict dynamics and war crimes in Syria that you can read.)

Great powers can’t pick and choose which challenges and threats they’re going to deal with. There is no power on Earth like the United States of America.

And not only do the people of this country have confidence and must have confidence and rely on you, me, all of us for their security, and security is not just making sure nobody attacks exactly the homeland every day. It’s making sure that nobody gets close to threatening our country, but also continuing to work with partners and help our partners. No country is great enough, powerful enough to deal with all these threats and challenges alone in the world today. They’re too big, too complex. The world is too complicated.

Whether they’re cyber threats, which are relatively new, but are just as real and deadly and lethal as anything we’ve ever dealt with. 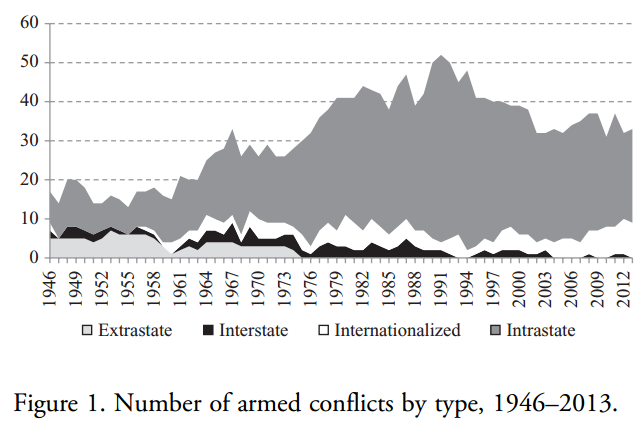 All conflicts active in 2013 were fought within states, but nine of them – or 27% – were internationalized in the sense that one or more states contributed troops to one or both sides. These conflicts were Afghanistan, Central African Republic, DR Congo, Mali, Nigeria, Sudan, Uganda, USA (the conflict between the government and Al-Qaeda) and Yemen.

Guest Post: The ISIS Video and Military Strategy in Iraq

Can the World Alleviate Idlib’s Humanitarian Disaster Amid a Pandemic?