Skip to main content
You Might Have Missed: Syria Aid, Drones in Africa, and the Bin Laden Raid 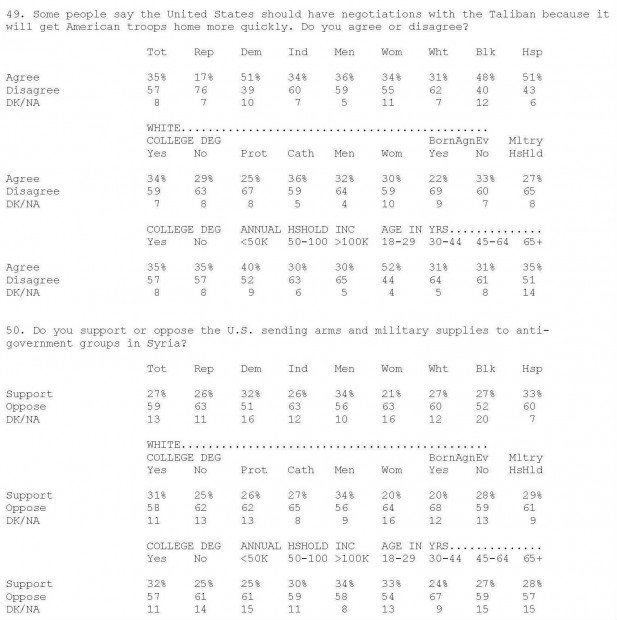 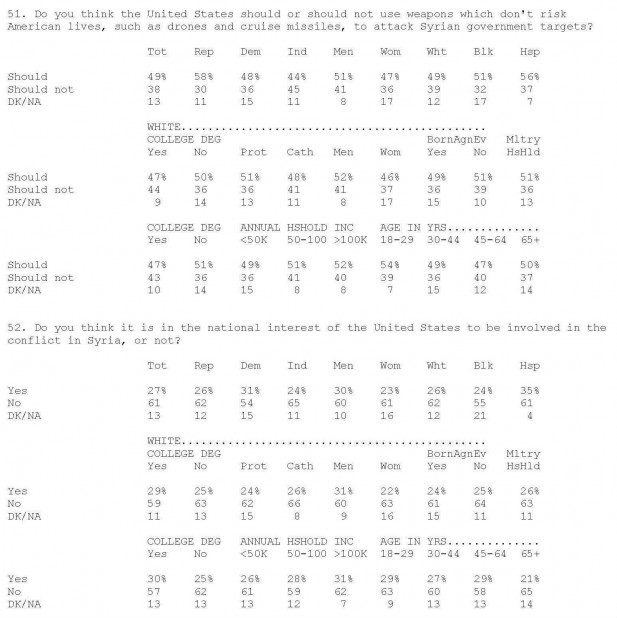 The drone base, established in February and staffed by about 120 members of the Air Force, is the latest indication of the priority Africa has become for the United States at a time when it is winding down its presence in Afghanistan and President Obama has set a goal of moving from a global war on terrorism toward a more targeted effort. It is part of a new model for counterterrorism, a strategy designed to help local forces—and in this case a European ally—fight militants so American troops do not have to.

But the approach has limitations on a continent as large as Africa, where a shortage of resources is chronic and regional partners are weak. And the introduction of drones, even unarmed ones, runs the risk of creating the kind of backlash that has undermined American efforts in Pakistan and provoked anger in many parts of the world…

The challenge for the United States, with little experience in Africa, is a difficult one…To experts on Africa, the possibility that the drones will yet cause a backlash remains real, especially if Islamic radicals make it an issue.

U.S. and Western weapons have been reaching Iranian-backed Shiite militias fighting to keep Bashar Assad’s forces in power in Syria. Analysts say it’s unclear if the weapons were captured, stolen or bought on the black market in Syria, Turkey, Iraq or Libya.

The ability of Assad’s allies to obtain U.S. weapons is one of many reasons the United States should not supply Syrian rebels with weapons, which President Obama said he would start to do last month, said Rep. Ileana Ros-Lehtinen, R-Fla., former chairwoman of the House Foreign Affairs Committee.

The exact nature of the restrictions is unknown because the committees voted privately on the basis of classified information. What is known is that the restrictions are sufficient to prevent the administration from delivering arms as planned, according to a source familiar with the actions…

“In keeping with the president’s announcement of our stepped-up assistance to the [Syrian opposition’s] Supreme Military Council, we are going to consult with Congress on these matters, and we intend to provide that stepped-up assistance,” [White House press secretary] [Jay] Carney  said at Tuesday’s White House briefing. “We were not bluffing. The president was very serious, as I think he made clear.”

The Abbottabad Commission was charged with establishing whether the failures of the Pakistani government and military were due to incompetence - or complicity. It was given overarching investigative powers, and, in the course of its inquiry, interviewed more than 201 witnesses - including members of Bin Laden’s own family, the chief of Pakistan’s Inter-Services Intelligence, and other senior provincial, federal and military officials.

The Commission’s 336-page report is scathing, holding both the government and the military responsible for "gross incompetence", leading to "collective failures" that allowed Bin Laden to escape detection, and the United States to perpetrate "an act of war"…

In concluding its report, the Commission finds that the country’s "political, military intelligence and bureaucratic leadership cannot be absolved of their responsibility for the state of governance, policy planning and policy implementation that eventually rendered this national failure almost inevitable", and calls on the country’s leadership to formally apologise to the people of Pakistan for "their dereliction of duty."

Perhaps aware of the implications of its findings, the Commission notes that it had "apprehensions that the Commission’s report would be ignored, or even suppressed", and urged the government to release it to the public. It did not do so. The report was buried by the government and never made public. Until now.

(3pA: For my early look at the Abbottabad Commission see here. To read the full report.

The top U.S. special operations commander, Adm. William McRaven, ordered military files about the Navy SEAL raid on Osama bin Laden’s hideout to be purged from Defense Department computers and sent to the CIA, where they could be more easily shielded from ever being made public…

But secretly moving the records allowed the Pentagon to tell The Associated Press that it couldn’t find any documents inside the Defense Department that AP had requested more than two years ago, and would represent a new strategy for the U.S. government to shield even its most sensitive activities from public scrutiny.

"Welcome to the shell game in place of open government," said Thomas Blanton, director of the National Security Archive, a private research institute at George Washington University. "Guess which shell the records are under. If you guess the right shell, we might show them to you. It’s ridiculous."

None of the military aid that the United States announced weeks ago has arrived in Syria, according to an official from an Arab country and Syrian opposition sources…

Over the weekend, the Syrian branch of the Muslim Brotherhood said it felt "abandoned and disappointed" that the United States and Europe had failed to deliver promised military support to the rebels.

CROWLEY: Let me turn you to Edward Snowden. He has been in the Moscow airport now for two weeks, he is a man without passport, without travel documents. Now Venezuela, Bolivia, Nicaragua they have all stepped up and said, hey, he can come here. What do you make of those offers?

ROGERS: Well, these are governments that are obviously are antagonistic to the United States. They have continued to make inflammatory statements. Venezuela under Chavez led this charge. He was using his influence in places like Ecuador and Bolivia and other places to try to get an anti-American sentiment in both Central and South America. So you see more of this. So I think the Chinese got everything they needed they need out of Snowden. The Russians have now gotten everything they need out of Snowden. And the next I think -- chapter in this book is somewhere in the Latin America one of these countries who is antagonistic to the United States, who is an adversary to the United States, using this as a public relations tool.

Reducing the Risk of a China-Taiwan Conflict

How Serious Is White Nationalist Terrorism?