Skip to main content
The Drug Tradeoffs in TPP Deal

After eight years of challenging negotiations, twelve Pacific Rim nations* comprising 40 percent of the world’s economy, including the United States, Canada, Mexico and Japan, agreed to a large package of trade standards and regulatory ambitions.

The Trans-Pacific Partnership (TPP) now faces an approval battle on Capitol Hill that will find objections voiced over nearly every major point in the pact. The agreement’s pharmaceutical and biotechnology provisions, which nearly derailed the TPP negotiations several times, have so far aroused some of the strongest reactions. 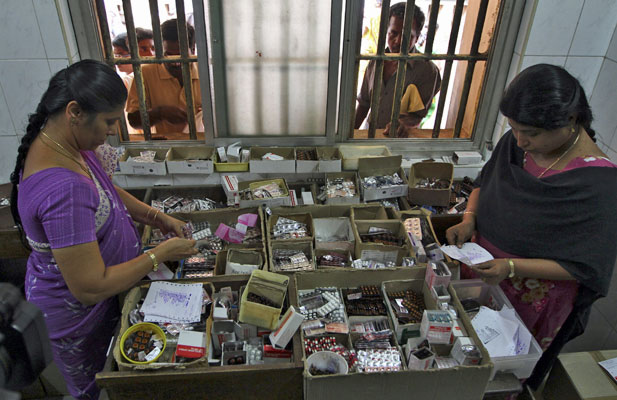 The TPP is the first major trade agreement since creation of the World Trade Organization and its Agreement on Trade-Related Aspects of  Intellectual Property (TRIPS) section that specifically addresses proprietary information and intellectual property issues relevant to life-saving medicines. Though the full text will not be released publicly for at least a month, according to the New York Timessummaries of each of the thirty chapters were immediately posted.

Chapter 18 of the TPP will be the lightning rod for debate about intellectual property and medicines. It establishes the basis for patents, data protection, and exclusive marketing, drawing heavily from the TRIPS accord, aiming, in the summary’s language, to “facilitate both the development of innovative, life-saving medicines and the availability of generic medicines, taking into account the time that various Parties may need to meet these standards.” And it “confirms that Parties are not prevented from taking measures to protect public health, including in the case of epidemics such as HIV/AIDS.”

The Data and Patent Battle

While the summary language seems benign, both the pharmaceutical industries in the United States and Japan, and advocates for broader patient access to medicines are upset. Since the late 1990s, following discovery of effective treatments for HIV and AIDS, physicians, activist groups, and governments in poor countries hit hard by the pandemic have fought to break down patent barriers to affordable drugs. In 1997 a year of treatment for an HIV infection cost more than $20,000, but today infected individuals living in South Africa receive their medicines for free, distributed by their government which, in turn, pays less than $200 per year for the life-sparing medicine. This one hundred-fold reduction in the drugs’ costs was made possible by years of battling patent regimes, and promotion of generic manufacturing. The TRIPS caveat of the World Trade Organization’s agreements stipulates that countries may institute compulsory licensing, or dodge patent limitations to allow generic manufacture if the drugs are essential to fighting a public health catastrophe or epidemic.

The stage has now broadened, with health activists worldwide demanding limits on the life of patents, and access to basic drug innovation, small-molecule discovery, and testing data. Activists aim to bring medicines into cheaper production not only to tackle epidemics in poor countries, but also to make new cancer drugs that exist in the United States more accessible. Cancer drugs can carry price tags as high as $100,000 per year, making them unaffordable to the majority of Americans, as well as Chileans, Peruvians, Vietnamese, and other members of the TPP.

Throughout the TPP negotiations, questions over the duration of patent protections and transparency of innovative research and testing data have proven highly contentious. Countries like Chile and Singapore, which offer healthcare through a single-payer system with tough cost controls, feel burdened by high drug costs. And in the poorer TPP countries in which individual citizens pay most or all of their medicines’ costs, patent regimes simply block access to treatment.

The stage has now broadened, with health activists worldwide demanding limits on the life of patents and access to basic drug innovation and testing data.

On the other hand, nations with large innovative pharmaceutical and biotechnology industries, such as the United States, Canada, and Japan, insist that the cost of research and discovery is high, and innovators merit reward in the form of cost recovery and profit.

Biologically active compounds and small molecules are the major bone of contention, and the Australian media reported that  the country’s negotiators were at loggerheads with the United States over the issue on October 4, just twenty-four hours before news broke that negotiators had reached an agreement on the TPP. The potential deal-breaker was so-called “data exclusivity” versus generation of “biosimilars.” Much of the innovation now in the drug market targets diseases, such as specific types of cancer, through use of compounds that are nearly identical to biological substances found inside the human body—molecules that perform regulatory functions turning cancer on or off, facilitating attack by the immune system, or altering the chemistry of a tumor in a way that leads to its destruction. This field has exploded in recent years, with researchers identifying thousands of potential drug targets. Companies in the United States work under “data exclusivity,” a legally protected veil of secrecy, for twelve years, during which time researchers make hundreds of versions of a biologic product (an example could be a protein like insulin) in search of the safest, most potent version.

At the same time there is a burgeoning “biosimilars” market—a generic industry that makes minor changes in existing drugs  to sidestep patent protections, offering cheaper versions of the medicines. Biosimilar makers want access to data in innovative companies’ pipelines so that they can get lower-cost brands to the market. Lifting data exclusivity proved a major obstacle to completion of the TPP: Australia sided with advocates calling for a shorter, five-year veil, which exists now under that nation’s laws.  The U.S. advocated for twelve years, mirroring U.S. law, and that longer period has strong support among Republican members of Congress, which must ratify the TPP. In the end the TPP provides for a guaranteed five-year data exclusivity period, extended under some circumstances to eight years.

The United States also has the largest publicly funded research enterprise in the world, the National Institutes of Health, which supports most of the basic discovery that identifies biological targets for disease treatment. Political leaders in the United States have often voiced the opinion that the worldwide drug marketplace ought to reward the United States for original discovery, in the form of allowing the nation’s drug industry to thrive with longer periods of patent and exclusivity protection. (Conversely, domestic health proponents say U.S. taxpayers already paid for drug discovery, and shouldn’t have to pay again, in the form of high-cost medicines.)

Over the last several months negotiations also broke down repeatedly over the duration of the patent window. The industrial side favored twenty years of patent protection and minimal public release of original research, molecular discovery, and testing data. In contrast, health activists and some of the poorer Pacific Rim nations argued for short patent windows in the range of just five years, and full data transparency.

Though many details of the TPP remain unpublished, it appears from the released summary and statements issued by interested parties that the main compromise reached calls for patents lasting twenty years, and data secrecy permitted for five-to-eight years.

A victory for generics?

In the end, the only parties that appear satisfied with the results are generic manufacturers: Health activists, biotechnology industry representatives, and the pharmaceutical makers have all expressed anger over the outcome. On the activist side, nothing less than elimination of all but short-term patents, of perhaps five years in length—including voiding old patents that were guaranteed twenty years of life—coupled with 100 percent transparency would be satisfactory. And on the industry side, pharmaceuticals wanted to maintain twenty-year patents, and the biotech industry wanted all of its basic research data, especially small molecule discoveries, held secret for a minimum of twelve years.

Some of the world’s leading medical-focused humanitarian agencies have been critical of the TPP provisions on data protections. For instance, the Nobel Peace Prize-winning Doctors Without Borders (known by its French acronym, MSF) medical humanitarian group stepped up its campaigned against it under the slogan, “TPP: A Bad Deal for Medicine.”

Another worldwide humanitarian and development organization, Oxfam swiftly denounced the TPP, saying it would “lock-in limits on generic competition and pre-empt future action by US Congress or the administration to bring down the exorbitant prices of some of these medicines.”

The trade organization for generic drug makers, GPhA, applauded the TPP without qualifications and called upon Congress to immediately ratify the agreement.

On the U.S. domestic front, Public Citizen, a Washington-based nonprofit, whose Access to Medications program advocates for improved access to low-cost drugs, argues that in biologics and other areas, “TPP rules would expand monopoly protections for the pharmaceutical industry at the expense of people’s access to affordable medicines.”

The U.S. trade group Pharmaceutical Research and Manufacturers of America (PhRMA) issued a statement bemoaning the TPP’s failure “to secure twelve years of data protection for biologic medicines, which represent the next wave of innovation in our industry.” Its comments were reiterated by Biotechnology Industry Organization (BIO), the trade group representing biotechnology companies in the U.S., which stated that the TPP “has the potential to chill global investment and slow development of new breakthrough treatments for suffering patients.”

In marked contrast, the trade organization for generic drug makers, Generic Pharmaceutical Association (GPhA), applauded the TPP without qualifications, and called upon Congress to immediately ratify the agreement without revision.

Once the deal is implemented, regulations across the twelve TPP nations will become more closely standardized and harmonized, according to the summary of Chapter 25. The goal is to provide a predictable legal environment for trade and commerce, allowing investors and manufacturers to meet a single set of behaviors and practices to comply with laws across all twelve nations. Exceptions are made for health: “The chapter does not in any way affect the rights of TPP Parties to regulate for public health, safety, security, and other public interest reasons.”

And the Chapter 29 summary offers exceptions to the agreed rules, noting that “nothing in the TPP shall be construed to prevent the adoption or enforcement by a Party of measures necessary to, among other things, protect public morals, protect human, animal or plant life or health, [or] protect intellectual property...” It seems likely that critics on both sides of the debate over the patent and transparency clauses in Chapter 18 will draw on this provision as the basis for challenging intellectual property issues on a case-by-case basis. If a TPP country can argue that a patent must be voided prematurely to “protect human, animal or plant life or health,” or extended to “protect intellectual property” there may be grounds for debate, if not exclusion from mandatory enforcement.

Without the full text it is difficult to fully assess the reactions of those groups decrying or praising the TPP’s medicines and intellectual property agreements. Over the more than five years of negotiations, thousands of pages of draft language were leaked to reporters and interested parties. Some may now be reacting to old, abandoned text. All sides would do well to await full document release.