This year marks the wind down of one hugely ambitious fifteen-year global development plan and the launch of another even more far-reaching one. At the moment, the new United Nations initiative—the Sustainable Development Goals (SDGs)—looks deeply flawed, featuring an encyclopedic wish-list for costly global accomplishments envisioned for the coming fifteen years.

But its predecessor, the Millennium Development Goals (MDGs), also seemed impossibly aspirational, and only moderately achievable when ratified by the UN General Assembly in 2000. The MDGs, which set eight big goals, will reach their deadline for completion (or failure) this New Year’s Eve. 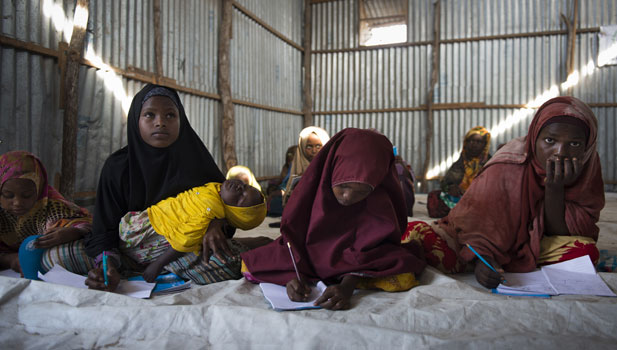 The eight MDGs include three that are directly related to global health. Combined, they aim to dramatically reduce childhood and infant mortality; improve the health and survival of pregnant women; provide universal access to treatments for tuberculosis, malaria, and HIV; and reduce the incidence of those diseases. As an exercise in galvanizing global financial action, there is much positive news to report.

The MDGs focused the imaginations and finances of the Group of Eight governments, foundations, thousands of religious and nongovernmental groups and national governments. According to UN Undersecretary Jose Antonio Ocampo and the OECD, direct donor support for the MDGs averaged $80 billion per year from 2000 to 2009, then increased to $130 billion per year in 2010, totaling roughly $1.4 trillion by 2015. Recipient governments contributed modestly, increasing MDG-related domestic spending by an average of 0.5 percent of GDP annually. A private entity, the Bill & Melinda Gates Foundation, has contributed billions of dollars to support MDGs related to health and other areas.

The following is a rundown on progress toward health targets:

The lion’s share of failure to meet the MDGs is focused on a small number of extremely impoverished or conflict-torn areas. For example, while twenty-seven developing countries are expected to hit child mortality targets, many African nations won’t come close to meeting them until 2030, or perhaps even 2050.

"Health has improved so dramatically worldwide since 1990 that we almost live on a statistically different planet."

The MDGs will form a backdrop to thousands of global health and humanitarian activities throughout the remainder of 2015. Meanwhile, the same agencies, NGOs, think tanks, government agencies, and foundations that are scrambling on the MDGs are also haggling over the details of the next fifteen-year targets, the Sustainable Development Goals, or SDGs.

The intention is to reach agreement by September 2015 on a set of goals that ought to be sustainable with countries’ own resources and will eliminate acute poverty. But even the term sustainable is controversial, as environmentalists and conservation advocates insist it be used less as a reference to country financial capacity than to “green” principles of protection of resources, animal and plant diversity, and the planetary environment.

Countless meetings involving thousands of participants have already been convened, culminating to date in a synthesis report by the secretary-general on the post-2015 development agenda: The Road to Dignity by 2030: Ending Poverty, Transforming All Lives and Protecting the Planet.

At this point there are seventeen SDGs, stated in a vague, aspirational manner with no clear metrics for achievement. Beneath each of the seventeen goals are dozens of sub-goals and aspirations, forming a laundry list of 169 targets.

The first five SDGs are:

1. Ending poverty in all its forms everywhere;
2. Ending hunger, achieve food security and improved nutrition and promote sustainable agriculture;
3. Ensuring healthy lives and promote well-being for all at all ages;
4. Ensuring inclusive and equitable quality education and promote lifelong learning opportunities for all;
5. Achieving gender equality and empower all women and girls;

Much haggling remains, and the coming months will see escalating debate over every detail of the UN scheme. Australia was meant to host a November 2014 meeting intended to sharpen and pare down the massive list of goals and targets, but the gathering was cancelled when the administration of Prime Minister Tony Abbott cut the meeting’s budget and slashed Australia’s overall foreign aid spending by $7.6 billion.

If the list remains in its current form, all aspects of global health will be squeezed into goal three: “Ensure healthy lives and promote well-being for all at all ages.”

What does that mean? Nobody is sure. One paper defines this as eliminating forty percent of premature deaths and improving “health care at all ages (by) avoiding two-thirds of child and maternal deaths; two-thirds of deaths due to tuberculosis, HIV, and malaria; a third of premature deaths from non-communicable diseases (NCDs); and a third of those from other causes (other communicable diseases, under-nutrition, and injuries).”

Meanwhile, the world population will swell over coming decades, with the most radical increases in Africa and the Indian subcontinent. The global population is expected to top eleven billion by 2100, which means that any hope for “healthy lives” for all of humanity must begin with recognition that there will be billions more people scrambling for food, water, and resources on less available land and more-depleted seas.

"There are seventeen SDGs, stated in a vague, aspirational manner with no clear metrics for achievement."

But the debate over SDGs begins with recognition of real achievements, especially in health, which has improved so dramatically worldwide since 1990 that we almost live on a statistically different planet. The Global Burden of Disease Study, published in late 2013, pools and assesses millions of bits of data from thousands of agencies and studies worldwide. It released startling findings: Overall life expectancy across 188 countries rose from an average 1990 level of 65.3 years to 71.5 years. Tremendous improvements in child-focused health (such as immunizations) and environmental pathogen exposure (clean water) have paid off. But the study found that unacceptably high causes of preventable death remain, including, “HIV/AIDS, pancreatic cancer, atrial fibrillation and flutter, drug use disorders, diabetes, chronic kidney disease, and sickle-cell anemias.”

Moreover, despite improvements in life expectancy and child survival, the WHO finds a growing gap in such achievements. The ten societies with the greatest longevity break down as shown in this WHO table (below), with a Japanese baby girl born in 2012 likely, statistically speaking, to live to age 87. But her counterpart born in a low-income country can expect to live to just age 63. A 2014 Johns Hopkins University study found that the primary difference in life expectancy between nations still rested with wide gaps in infant and child mortality in sixty-seven poor countries.

This year’s final battle over the health targets of the SDGs will boil down to the following three things:

The real challenge for the diverse, often internally competitive global health community will be to forge a path forward that protects and expands the gains made with the MDGs, while adding layers of commitment to chronic ailments, traumatic and accidental injuries, mental illnesses, and the diseases of aging populations. With so many major institutional players on the stage still quite young—fewer than fifteen years in existence—this year will test the maturity of the global health community and its leadership.