Skip to main content
Can Afghan Forces Resist the Taliban?

The Taliban’s brief seizure of Kunduz marked its first capture of a provincial capital in the fourteen years since the U.S. invasion. It also signaled the vulnerability of Afghan security forces, which were able to reclaim Kunduz only with U.S. air support. Ultimately, the only acceptable outcome is a negotiated settlement between the government and Taliban, says CFR Adjunct Senior Fellow Stephen Biddle, but that could be a long time off, given turmoil within the Taliban. Ahead of any talks, Afghan forces will have to maintain a stalemate with the Taliban, says Biddle, but without air power and hobbled by political divisions, they will require U.S. support well beyond the narrow mission that President Barack Obama articulated in June 2014. 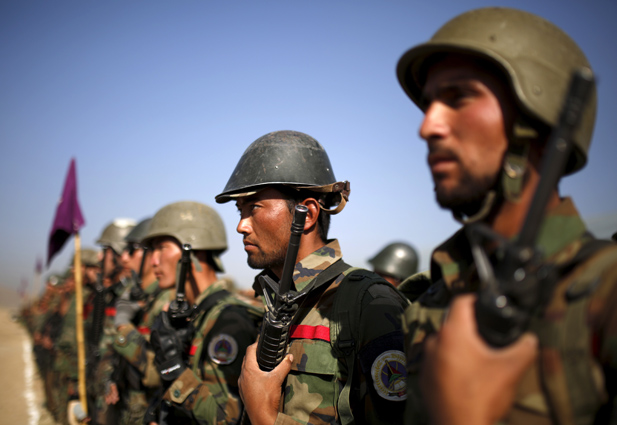 Kunduz was the first provincial capital to fall to the Taliban since 2001. What does that say about Afghan forces’ ability to hold territory beyond Kabul?

If you want to defend everywhere, it requires a lot of people. The United States has been trying for a long time to get the Afghan government to make decisions about places that it doesn’t need to hold so that it can concentrate in places that matter, but the Afghan government is reluctant to give up any territory, and it has ended up overextended.

The second problem has to do with the combat capability and motivation. Afghan special forces are quite good; the Afghan Local Police and Afghan [National] Police are often corrupt, poorly equipped, poorly armed, and poorly trained. The Afghan National Army also has corruption, which can sap combat motivation. Kunduz suggests that when the Taliban are able to concentrate against particular points, there’s some risk that Afghan defenses might not be able to hold [the territory].

An underlying issue seems to have been the central government’s reliance on abusive militias and the militia-like Afghan Local Police to keep the Taliban at bay given an overstretched military. What are the trade-offs there? 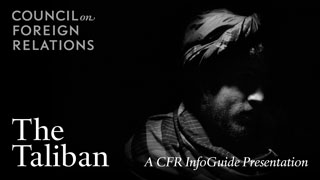 Afghan governance has long had an important role for local power brokers, who are often predatory and tend to enforce their edicts on the local population with militias and other unofficial armed groups. When the government tolerates militias, it’s providing more armed people to fight the Taliban, but also enabling the enforcers of local warlords and power brokers.

“[Ghani] is reluctant to undermine the American military support that he believes he needs to get a tolerable settlement with the Taliban.”

These groups preying on the population generate resistance to the government and sympathy for the Taliban. [But] to disband them all of a sudden would take an [already] overstretched Afghan security force and give it a much bigger job. Some kind of longer-term strategy for replacing them with government security forces is necessary, but it is going to take a concerted effort because these militias are bound up with local power brokers who will resist any attempt to wind the militias down.

Divisions in the National Unity Government comprising President Ashraf Ghani and his rival, Chief Executive Officer Abdullah Abdullah, were reflected in local politics, contributing to Kunduz’s fall. How does that affect the Afghan government’s ability to stave off the insurgency?

You can broaden it to the general problem of a centralized political culture that has difficulty reaching unified strategies for defending or running the country. That extends beyond the National Unity Government to local power brokers and warlords, who can warp strategic decision-making.

The inability of Ghani, Abdullah, and the parliament to decide on ministerial positions makes it even harder to come up with an integrated military strategy. There’s no confirmed defense minister. This lack of political unity has a paralytic effect that reinforces the problems of a national security force of limited size and corruption and militia use, undermining troops’ combat motivation.

The air strike on a Doctors Without Borders (MSF) hospital in Kunduz killed twenty-two medical personnel and patients. Why has Ghani’s reaction been muted, especially considering how his predecessor, Hamid Karzai, reacted to civilian casualties caused by the coalition?

It’s partly politics and it’s partly personality. Karzai came to distrust U.S. motives and tended to position himself as a disinterested intermediary in a war between the Americans and the Taliban. When American military action caused the deaths of innocent Afghan civilians, Karzai often seemed not to see himself as a cobelligerent with the Americans, but as a third party, and tended to criticize the United States more harshly than he did the Taliban. Ghani sees himself as a cobelligerent with the United States and is reluctant to undermine the American military support that he believes he needs to get a tolerable settlement with the Taliban.

The MSF strike was apparently called in by U.S. special forces at the request of Afghan forces. Does that suggest role the U.S. military is playing a role beyond beyond the mission President Obama publicly articulated?

It clearly is. There’s this political fiction that we only train and advise [Afghan forces], and U.S. airpower is only used to protect American [forces]. But U.S. air power is also being used to protect Afghan security forces. The military command in the theater is stretching the boundaries beyond all recognition, and the White House is allowing that.

The larger strategic calculus has long been that the only acceptable outcome is a negotiated settlement. It is decisively important that the Afghan security forces are able to maintain a stalemate. They don’t have to expand the government zone of control—they’re not capable of it—but it is necessary that they keep the government from losing during the years that it’s going to take to see whether a settlement is possible and negotiate it if it is.

The U.S. presence is two-fold. One is providing enablers in support of the Afghan National Security Forces (ANSF). U.S. airpower can make it costly for the Taliban to concentrate. If there’s no U.S. air power, the Taliban can mass multiple hundred-fighter formations and overwhelm isolated outposts. U.S. policy says we aren’t [providing combat support to ANSF]; we are, and we need to do more of it. It’s a low-casualty-risk mission for American military personnel, at relatively low cost.

The second decisive mission that the U.S. presence performs is a political one in the United States. It enables congressional funding for the ANSF. If all the Americans were to come home, it would be hard to sustain congressional willingness to fund the Afghan military. If the U.S. Congress does not fund the Afghan military, it will collapse, the stalemate will vanish, and the government will lose the war before it can negotiate a settlement.

General John F. Campbell, the U.S. commander in Afghanistan, presented military options ranging from a small embassy presence to seven thousand troops. Can numbers like that make a strategic difference?

The debate in the United States is always about the numbers. It’s 7,000 versus the 9,800 there now versus the 5,000 that [then-Chairman of the Joint Chiefs of Staff General Martin E.] Dempsey is said to have recommended [in August]. It’s not the most helpful way to think about it; the discussion almost never says anything about missions and functions. But Congress reads the number as a sign of administration commitment.

This could be an opportunity for the administration to make a statement that it’s not interested in replaying the June 2014 Iraq movie [when self-proclaimed Islamic State fighters overran the Iraqi military in Mosul] in Afghanistan. Rather than coming in at five thousand, it could keep nine thousand there. The difference is small, but it sends a different message politically.

Afghan-Pakistani rapprochement seemed to be a prerequisite for a negotiated settlement with the Taliban. That appears to have been derailed. Where does that leave the prospects for talks?

Ghani doesn’t have the personal animus toward Pakistan that Karzai had. That signaled a thaw, but it refroze after high-profile [Taliban] attacks over the summer in and around Kabul that were widely believed to have been supported by Pakistan. Pakistan was apparently playing an effective role bringing the Taliban to the table and getting talks underway, albeit in a small way. Pakistan may or may not have enough influence over the Taliban to make the talks succeed, but it can certainly make them fail. Unless Afghan-Pakistani relations improve enough that Pakistan becomes willing to use its influence, not much is going to happen.

“As [Taliban leader Mullah] Mansoor solidifies his position…bargaining space may open up again.”

The other major barrier is a power struggle within the Taliban. That has given Mullah Mansoor, the designated successor to [Mullah Mohammed] Omar, an incentive to demonstrate his toughness to the hard-line wing, which he has done by indicating that he’s not interested in any talks. The major offensive in the north and an aggressive fighting season throughout Afghanistan also reflect that. An optimist can expect that as Mansoor solidifies his position, his need to make concessions to the hard-line wing will go down, and bargaining space may open up again.

But a pessimist would point to the rise of the Islamic State, which appears to be gaining a foothold in Afghanistan. This probably represents not some influx of foreign fighters, but rather, Taliban hard-liners reacting to the prospect of negotiations. The Islamic State offers mid-level Taliban leaders opposed to negotiation a banner under which to oppose any concessissons to the hated "puppet government" and its Western backers. Even if talks revive, there will be a sizeable splinter group that will try to act as spoilers.

After Kunduz, the New York Times suggested that the United States has lately had a poor record of building up fighting forces in Afghanistan, the Middle East, and North Africa, despite tens of billions of dollars it has spent.

I don’t think it’s ever been very good. The problem is that warfare is a political enterprise. We can provide material and training, but our interests frequently do not align well with those of our partners. There’s a likelihood that the partner is not going to use the military resources we’re providing in the way we would like.

None of this means that building partner capacity is hopeless, but there are often low ceilings on what it can accomplish. In many poorly institutionalized states, the military, police, and intelligence service are potential threats to their own government. The United States provides weapons, money, training, and advising to create a professionalized, technically capable, and politically disinterested military like we’ve got, but frequently regimes redirect aid to reward loyalists. This isn’t to suggest that even poorly spent aid is always worse than nothing. These programs may be less bad than other options, like sending a hundred thousand American soldiers.