On May 1, Puerto Rico defaulted on a $400 million debt payment. The missed obligation is "the first step toward what is expected to be an even bigger default this summer," says CFR Senior Fellow Brad Setser. If the U.S. Congress is unable to pass legislation to help Puerto Rico restructure its $73 billion debt, Setser says, lawsuits by creditors could further damage the island’s finances and disrupt the provision of social services. Ultimately, he says, to recover from its recession and debt crisis, Puerto Rico needs reforms to boost its business climate, improve the quality of services, and change its relationship with the federal government so that the island is in some respects treated more like a state. 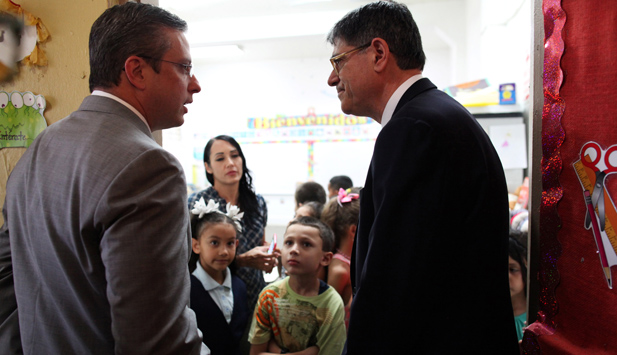 The Government Development Bank (GDB) default isn’t the first time that Puerto Rico has missed a payment. What makes this particularly significant?

In the simplest sense, this is a broadening of the default. And it’s the first step toward what is expected to be an even bigger default this summer that will include an ever-growing set of Puerto Rico’s bonds, in the absence of U.S. congressional action.

It is also significant because the Government Development Bank is, as its name implies, a bank, and historically has played an important role in Puerto Rico by collecting public-sector deposits and relending those inside the public sector. So in addition to borrowing in the market, the GDB has taken in deposits from various Puerto Rican public companies and from Puerto Rican municipalities. It has historically performed many of the treasury functions, like managing payroll, for the government. And so, because it plays this important role inside Puerto Rico, a default by the GDB is more significant than a default by other similarly-sized public entities.

That said, steps have been taken to assure minimal functioning of the GDB and to assure that Puerto Rico can meet payroll during a period when the bank is in default. That’s one of the functions of the emergency legislation passed by Puerto Rico several weeks ago.

And that emergency legislation gives the island the authority to put off debt payments?

Yes. Importantly, it does so by preventing the creditors of the GDB from forcing it into an immediate receivership where its assets and liabilities would be frozen and it would be systematically wound down.

In addition to allowing a "standstill"—a period where creditors cannot exercise their right to force the GDB into receivership—it also created a process whereby the GDB receivership could be changed in some ways, and a bridge bank could be created if needed. However, for now, the governor has only made use of the standstill provision.

What are the next steps? What are the island’s options in the absence of U.S. congressional action?

"If the creditors won in court, then there’s a meaningful chance that broad parts of Puerto Rico’s government would be shut down because the government lacked funds."

If the creditors won in court then there’s a meaningful chance that broad parts of Puerto Rico’s government would be shut down because it lacked funds. There would be a disruption of social services and almost certainly further economic distress and outmigration. And there would be an ongoing default on other, non-constitutionally protected bonds as well.

U.S. lawmakers have been debating a bill to allow Puerto Rico to restructure its debt. Do the growing risks make it more likely that Congress will take action?

Congress has an increasingly well-developed understanding of the magnitude of Puerto Rico’s problems and financial distress. I think that provides a foundation for consensus.

There’s a general sense that any successful legislation will ultimately need significant Democratic and Republican support. Right now the immediate challenge is finding sufficient support amongst Republicans to move forward with something that builds on the bill that Chairman of the House Natural Resources Committee Rob Bishop introduced—while at the same time avoiding provisions that would make it difficult to obtain the support of a critical mass of Democrats.

And the thrust of that bill was an independent oversight board for Puerto Rico to allow for a top-down solution to the island’s debt?

Bishop’s bill combines a powerful oversight board with new legal authority for a territory like Puerto Rico to restructure its debt. That authority allows for a period of voluntary negotiation, and then, if the voluntary negotiation doesn’t produce an agreement, it would allow for a court and oversight board supervised process for the ultimate discharge of Puerto Rico’s debt.

"[Chairman] Bishop’s bill combines a powerful oversight board with new legal authority for a territory like Puerto Rico to restructure its debt."

The U.S. Supreme Court recently heard a case on the constitutionality of a Puerto Rican law allowing for partial restructuring of their debt. Could that decision have an impact on negotiations?

So, the Supreme Court’s ruling, while it will settle some important constitutional questions and help to define the scope of what can be done in the absence of congressional legislation, it won’t on its own sort out the key question, which is: Should the commonwealth itself have the legal authority to restructure its debts through an organized process, and should the commonwealth be subject to external fiscal oversight?

How is this process going to impact the broader municipal bond market in the United States?

Puerto Rico’s troubles are well known, and so far they’ve had very modest impacts on the broader municipal market. And because Puerto Rico is a territory, and because the restructuring authority that is being contemplated is designed for territories, my view is that there’s very minimal risk of spillover.

With Puerto Rico going through a deep recession, how can it return to growth while having to reduce spending?

Austerity, in the short run, does hurt the economy. It doesn’t provide a path back to growth on its own. In order to get back to growth, Puerto Rico needs to sort out its debt so that it has a reasonable payment structure, one that it can meet without having to do too much fiscal adjustment. But there will also need to be broader policy reforms, both in Puerto Rico and in all probability also from the U.S. Congress.

My view is that the key reforms in Puerto Rico should be centered around improving the business climate and improving the quality and reliability of the provision of public services. It needs to be easier to set up a taxpaying small business, and so forth. There are also some modest reforms that could improve the functioning of the labor market.

"There needs to be a set of reforms at the federal level so that Puerto Rico is treated more like a state in some key respects."

Ultimately, though, some of the inequities that have long characterized the United States’ relationship with Puerto Rico on the fiscal side will likely also need to be addressed. The Obama administration has highlighted two of the most important. First, that Puerto Rico doesn’t qualify for the federal earned income tax credit, which has a particularly big impact on the economy in Puerto Rico, given that its residents are generally poorer than those of the fifty states, and given that the absence of an earned income tax credit significantly reduces incentives for participation in the formal labor force. And second, that Puerto Rico does not receive as much funding for Medicaid as it would if it were a state. If Puerto Rico doesn’t get a better deal out of Medicaid, in a couple of years’ time, Puerto Rico’s public finances become almost unmanageable.

Some blame the added incentives that investors have to buy Puerto Rican debt, like the triple tax exemption, for allowing irresponsible borrowing. How can Puerto Rico avoid this kind of overleveraging in the future?

Puerto Rico is going to be forced to avoid further overleveraging because the markets will not immediately forget this crisis. In addition, in any legislation Puerto Rico’s public finances will almost certainly be subject to a much higher level of fiscal oversight.

"Puerto Rico spent too much time masking its fiscal problems and was too slow to confront them."

But the two factors you identified are also right. Puerto Rico found it too easy to borrow for too long, thanks to the triple tax exemption, and then for too long relied on borrowing to cover up the loss of revenue associated with the U.S. recession, which was felt much more sharply in Puerto Rico.

On top of that, Puerto Rico’s own budget process wasn’t very transparent, and Puerto Rico passed a series of budgets that only balanced on paper. Revenues were consistently overestimated. Holes were plugged through one-off tax measures. Spending and a lot of debt service were kept off of the formal budget. I do think that the more general lesson is that Puerto Rico spent too much time masking its fiscal problems and was too slow to confront them.