Turks are set to vote Sunday for a new president, a post that has, until now, been selected by the parliament. Recep Tayyip Erdoğan, who has held the premiership since 2003 and leads the Justice and Development Party (AKP), is widely expected to win the vote. Though the office will remain largely ceremonial, Erdoğan will continue to exert an outsize influence over Turkish politics through "coercive powers as well as nepotistic networks," says Lehigh Univeristy political scientist Henri Barkey. Strong economic growth and social gains have bolstered Erdoğan’s electoral prospects despite protests and corruption allegations, says Barkey. However, the premier will have to navigate thorny regional conflicts in neighboring Iraq and Syria, as well as in Israel, where diplomatic normalization is on hold even as trade between the two nations remains strong. 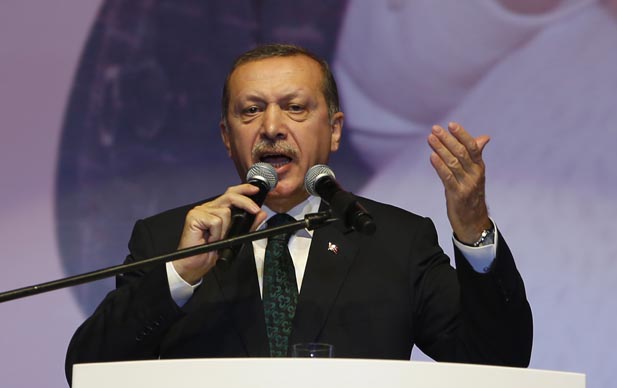 More From Our Experts
Steven A. Cook
Israel’s Apartheid Doesn’t Make a Difference
Henri J. Barkey
How Erdogan Muscled Turkey to the Center of the World Stage

No, you can’t. It’s becoming a one-man show. Politics in Turkey for the last four years have been all about Erdoğan. He directly or indirectly controls most of the public and private press. This is a one-sided race.

The shift toward a new type of presidency is not a foregone conclusion. Erdoğan will become president and will try to usurp executive power, but I don’t think he can change the constitution. His power grab will be through the informal power he has acquired after more than a decade of being at the helm: coercive powers as well as nepotistic networks. So many newspapers have been bought by cronies of his. Many columnists and journalists are funded through networks that are ultimately dependent on Erdoğan. But it’s not just newspapers; it’s NGOs, it’s religious organizations. Many businesses are dependent on him for state tenders and contracts.

"He has his finger on the pulse of the nation, and knows what people want and how to deliver."

Once he becomes president, he has a year to make sure some of the powers of the executive de facto transfer to the presidency. An impressive victory, whether on the first or second round, will go a long way to help him in this regard. He faces a weak opposition in parliament, and he will make sure that the positions of prime minister and party leader are separate, so that he can divide and rule. Nevertheless, he will have people who are dependent on him populate both positions. He intends to rule through them and use the bully pulpit for the rest. This is all going to be based on an informal set of power arrangements; it will not be constitutional. I do not think that he can change the constitution to shift executive power to the presidency. But fundamentally, this is going to be for the foreseeable future a polity completely dominated by Erdoğan.

It wasn’t long ago that Turkey was seen as a likely aspirant to the European Union and the AKP was held up as a model of Islamic democrats. What changed?

More From Our Experts
Steven A. Cook
Israel’s Apartheid Doesn’t Make a Difference
Henri J. Barkey
How Erdogan Muscled Turkey to the Center of the World Stage

There are few checks on the power of a party leader in Turkey. The party leader has so much power that he—and it’s always been he so far—decides who runs in what constituency and who gets the kiss of death—that is, gets politically eliminated. The party leader decides what the agenda will be and which laws will come to parliament. It’s true for the AKP as it is for the main opposition party. There’s usually no countervailing pressure from the party’s members of parliament and its bureaucrats because they all owe their positions to the party leader.

Erdoğan is a masterful politician. He has his finger on the pulse of the nation, and knows what people want and how to deliver. He came to power after a devastating recession; everything he did after that looked good. But he also did not screw up economically, as his predecessors had.

But Erdoğan himself changed. The Erdoğan of today is not the Erdoğan of the early 2000s. Power has clearly gone to his head, and he has surrounded himself with sycophants. It’s come to the point where he thinks he is infallible and is almost never challenged.

You mentioned that Erdoğan’s agenda resonated with Turks. How would you characterize that?

Ronald Reagan had this line in the 1980 elections against Jimmy Carter: "Are you better off today than you were four years ago?" People were worse off. "If you are better off, vote for the other guy," he said. If you asked voters the same question in Turkey in 2004, 2007, or 2011, invariably, the answer’s going to be "Yes, we are better off."

Erdoğan and his party have done some very good stuff. They have reformed health care: access to hospitals, medicine, and doctors has improved dramatically. If you are a voter with modest means, who will you vote for: somebody you know has delivered or somebody who always talks and has never done anything?

Turks have lived with authoritarian systems throughout their lives. The poverty of the main opposition party, the Republican People’s Party (CHP), does not bode well for the future. The CHP seems quite content with losing elections. The next significant milestone in Turkey revolves around what President Abdullah Gül will decide to do when he steps down. He is perhaps the only person at the moment who has sufficient clout to challenge Erdoğan and prevent him from transferring some of the powers he wants to informally bring to the presidency. Gül has to decide whether he will throw his hat into the ring as the next AKP leader.

But Gül publicly bowed out of the race, right?

What he says publicly and what he says privately are different things. Gül is formidable because he is one of the founders of the AKP, he is extremely well viewed among the rank and file. It’s hard for Erdoğan to take him on directly, so he would use secondary measures—the press, etc. Will Gül take on this challenge? It’s too hard to tell at this stage.

Erdoğan’s been a highly polarizing figure, especially for secular Turks and minorities like the Alevis, but he’s making overtures to the Kurds. Do you expect progress on the peace process?

He’s put the carrot out there and implied that he will fix the Kurdish problem. He’s sincere in the sense that he wants to solve it because if he does not, the prospect of violence will remain, causing instability at home and in neighboring regions. However, I am not sure he’s sincere when it comes to really accepting the Kurds as complete equals in society. Does he look at the Kurds as a different ethnicity, which they are? He suggests that they are Muslims and therefore that can all get along. This understanding does not apply to Alevis; he probably doesn’t think of them as real Muslims.

I have my doubts that the Kurdish problem will be resolved because Erdoğan wants to do it without acknowledging what is the most important thing to the Kurds: that they really are a different people.

What about Turkey’s relations with Iraq? Even as it is beset by an insurgency, many recent headlines have focused on the energy politics—that Turkey, by facilitating oil shipments from Iraqi Kurdistan and therefore bypassing Baghdad, is undermining a unified Iraq.

I think the Sykes-Picot borders will continue to exist nominally, but in reality, those borders have essentially disappeared. But the Turks are committed to a unified Iraq. They do not want an independent Kurdistan, even if it’s totally dependent on them for trade and communication. An independent Kurdistan is a nightmare scenario for the Turks, especially if they haven’t resolved their own domestic Kurdish problem.

Policy toward Iraq is not dominated by energy; we’re talking about small amounts of energy at the moment. It is dominated by geopolitics: to the Turks, northern Iraq is a conduit to the rest of Iraq and the region. Maliki has been, in Erdoğan’s view, a divisive, sectarian Shia leader—as if Erdoğan is not a sectarian Sunni leader. Erdoğan understood that you get a lot of credit among your own Kurdish population if you have a decent relationship with [Iraq’s semiautonomous] Kurdistan Regional Government.

Meanwhile, in Syria, ISIS has come up to Turkey’s borders. What is Turkey’s Syria strategy going forward?

I’m not sure they have yet formulated a policy on this yet. It is a sobering reckoning. If the Turks made a mistake, it was to back al-Nusra, which is cut from the same cloth as ISIS. They may have helped create a monster. The Turkish border is open for jihadists going into Syria. I don’t think that ISIS is going to win the day, but in the meantime it’s going to create havoc. Turkey’s borders and its [political] system are not threatened, but the success of ISIS is an embarrassment for Erdoğan. And it’s a conundrum: instability in Syria and Iraq will breed instability at home. These things cannot be contained.

Turkey’s normalization of relations with Israel is on hold, and Erdoğan has taken a populist tone regarding Gaza and Hamas on the campaign trail. What’s the future of Israeli-Turkish relations?

Israeli-Turkish relations are unlikely to recover anytime soon. Erdogan has skillfully used his dislike of Israel and its policies to great effect at home and abroad. Erdoğan is very aware of how his rhetoric gets viewed in other parts of the region. What Erdoğan is saying is in line with what a lot of Turks think but don’t say. Paradoxically, while there will not be any meaningful Turkish-Israeli political interaction, there will be commerce. With the Iraqi and Syrian crises some of Turkish trade to the Gulf now traverses Israel.

"The anti-Israel and anti-Semitic rhetoric coming from Erdoğan has to do with anti-Americanism."

However, the anti-Israel and anti-Semitic rhetoric coming from Erdoğan has to do with anti-Americanism. In last year’s Gezi Park protests, what was surprising to the outsider was the way the AKP and Erdoğan pivoted to blame the United States, its ally, for trying to instigate a coup d’etat with these demonstrations. Anti-Americanism has been in Turkey for as far as I can remember. Less than ten years after Turkey joined NATO in 1952, Turkey was being convulsed by virulent strain of anti-Americanism among the left, the intelligentsia, and the military.

Turks do not have a positive view of America. The challenge for Washington is how to navigate the choppy Turkish domestic waters as Erdogan tries to consolidate power; he will not hesitate one bit to blame outsiders, including the Americans and the Europeans in the event he finds the headwinds too strong.

How Erdogan Got His Groove Back

It’s been a difficult and dizzying few months for Turkey—which is just the way the president likes it.

America Needs Protection. So Does the Regime.

The U.S. military secured Joe Biden’s inauguration. But the new administration also needs to treat the armed forces as a potential threat.