Hillary Clinton and Bernie Sanders sparred again last night in a debate that the New York Times said gave foreign affairs "unusual prominence." Perhaps, if the measure is the sheer amount of time ostensibly spent on the topic. But if the measure is insight into how President Clinton or President Sanders would address specific foreign policy challenges, then perhaps not.

Yes, Clinton and Sanders did mix it up on ISIS and Syria (though truth be told their approaches are more alike than different.) But pressing topics like the rise of China, North Korea’s nuclear program, climate change, and infectious diseases got no mention. Sanders did repeat his long-standing opposition to U.S. trade deals. But neither he nor Clinton said how they would fashion a trade policy that would work for American workers in a globalized world. A question for Sanders on Russia turned into answer on Syria by Clinton. And both candidates denounced Iran’s support for international terrorism without saying what they would do to stop it.

The conversation was instead primarily backward looking and generic. Yes, you can learn something when two candidates rehash history, joust over whether or not to set preconditions before meeting with adversaries, and dispute whose foreign policy advice is worth getting. But none of that tells you what either candidate would do, say, to preserve American influence in Southeast Asia, or if it’s even worth preserving at all.

Of course, when it comes to foreign policy and campaigns, it may be the less said the better. On that score, neither Clinton nor Sanders made the sort of  pledge that could haunt their presidency. But neither did they do much to prepare the American public for the tough choices that the next president will need to make. And there will be plenty of those.

Chris Christie, Carly Fiorina, and Jim Gilmore ended their campaigns this week. Marco Rubio and Ted Cruz took a break from the campaign trail in the wake of North Korea’s missile test on Sunday to vote on a Senate resolution calling for sanctions on Pyongyang. John Kasich denounced the test as “completely unacceptable" and called for "deploying anti-missile systems that protect our regional allies, and…banning North Korea from the world financial system so it can’t profit from its missile sales.” Cruz called drafting women into military service "immoral.” Rubio said that Jeb Bush has "no foreign policy experience.”

Gallup reported that the economy remains the issue weighing heaviest on the minds of Americans. The proportion of the public citing terrorism as the top issue has fallen nine percentage points since December. New Hampshire exit poll data show that two in three of Republican voters supported Donald Trump’s Muslim ban.

Foreign Policy looked at the foreign policy experts who are advising Hillary Clinton. The New York Times discussed how Bernie Sanders frequently answers foreign policy by shifting the topic to domestic issues like income inequality. CNN noted that “even Bernie Sanders admits that he’s not done enough to explain his foreign policy positions.” Former Assistant Secretary of Defense Lawrence wrote that Sanders’s foreign policy proposals are serious and sound. The New Yorker suggested that the presidential candidates could learn a lot by studying how John F. Kennedy handled foreign policy. The Washington Post covered how Campaign 2016 looks to foreign journalists.

The next Republican debate is this Saturday night at 9 p.m. CBS will broadcast the event from the Peace Center in Greenville, South Carolina. John Dickerson, Major Garrett, and Kimberley Strassel will moderate. The next Democratic debate is set for Sunday, March 6, in Flint, Michigan. 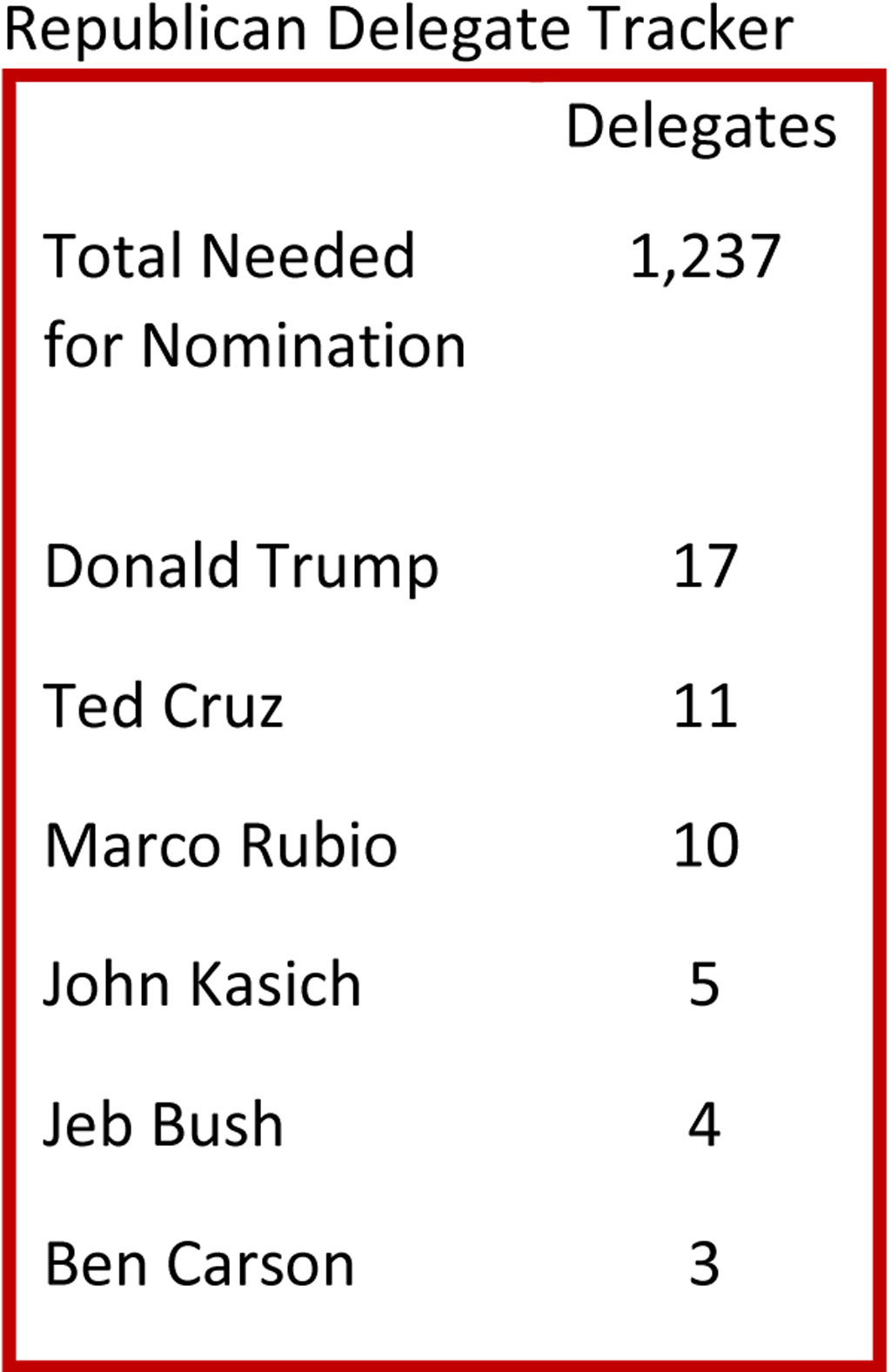 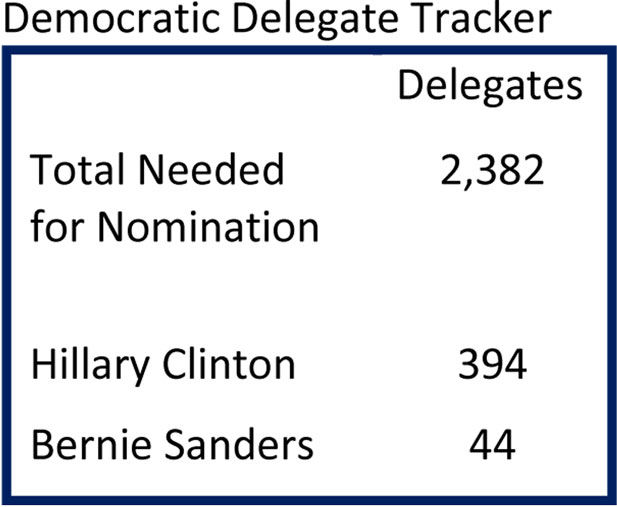 Election Day is 270 days away.