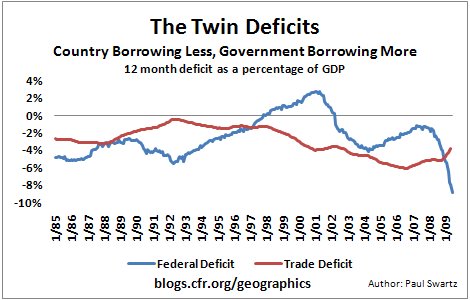 The U.S. federal deficit has increased significantly since the start of the recession, as tax revenues have fallen and spending has increased. But the trade deficit has actually shrunk, reaching its lowest level for ten years in May. So while the risks associated with dependence on external financing have declined, there are new risks stemming from increased fiscal borrowing.

Willis: Trade Deficit in U.S. Narrowed in May