Skip to main content
Atrocity Prevention Since the Rwandan Genocide

The horrific scenes from Syria and less visible places like South Sudan or the Central African Republic will doubtless convince many that the world is just as inclined to do nothing to prevent mass atrocities as it was twenty years ago in Rwanda, when more than eight hundred thousand people, mostly ethnic Tutsis, were killed. Yet for all the shortcomings of the international response to the conflict in Syria and elsewhere, global commitment and capacity to respond to threats of mass killing has improved. The progress since Rwanda clearly doesn’t preclude mass atrocities, but it has made them less likely. 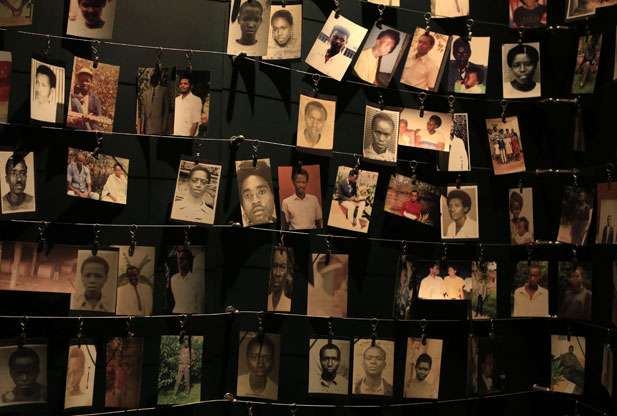 Photographs of people who were killed during the 1994 Rwandan genocide. (Photo: Noor Khamis/Courtesy Reuters)

More From Our Experts
Catherine Powell
Data is the New Gold, But May Threaten Democracy and Dignity
Paul B. Stares
Conflicts to Watch in 2023
Elliott Abrams
When Democracies Vote Wrong

For a start, the world is a more transparent place. The reach of global media and NGO networks continues to expand even in the most remote places, making it increasingly unlikely that civil unrest, government persecution, and incidents of violence will go unreported. The most remarkable change, however, can be seen in the widespread use of mobile information technology along with the proliferation of social media applications—three-quarters of worldwide mobile phone subscriptions and more than 60 percent of Internet users are now in developing states where such atrocities are most likely to occur. Commercial satellite imagery is also increasingly available and used to warn of threats. These technologies not only permit near instantaneous coverage of areas of concern, but it is now much harder for those contemplating mass atrocities to believe their actions will go unnoticed and unpunished.

There is also greater understanding of the risk factors associated with mass atrocities. It is now easier to identify countries and sub-regions that have an elevated risk, which, in theory at least, permits focused efforts to lessen that danger. Since most atrocities occur in the context of civil war, general efforts to lessen such conflicts represent the best overall strategy for reducing the likelihood of mass atrocities. This is now recognized by the UN, regional bodies, and international financial institutions, which are devoting increasing resources to early conflict prevention and mediation. While the overall decline in civil war—and by extension, the number of mass killings—since the early 1990s can be attributed to a number of factors, the deliberate efforts of international actors is definitely one of them.

When mass atrocities do occur, the world is also more prepared to act, even if recent events in the Middle East and Africa would appear to belie the fact. The growing state norm of a "responsibility to protect" (R2P), first articulated after the 1999 NATO intervention in the former Yugoslavia, has appeared in UN Security Council resolutions relating to violence in Libya, Côte d’Ivoire, Yemen, and most recently the Central African Republic. The crisis in Syria, however, points to some enduring challenges in advancing R2P doctrine, including Russian and Chinese policies of noninterference and a lack of domestic will in the United States and its European partners.

More From Our Experts
Catherine Powell
Data is the New Gold, But May Threaten Democracy and Dignity
Paul B. Stares
Conflicts to Watch in 2023
Elliott Abrams
When Democracies Vote Wrong 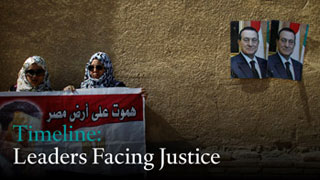 African nations in particular have taken major steps toward developing effective mechanisms to prevent a recurrence of mass atrocities like those experienced in Rwanda. The African Union’s (AU) Constitutive Act, signed in 2000, enshrines the AU’s right to intervene in a member state’s affairs under circumstances of war crimes, genocide, and crimes against humanity. The AU put this principle into practice in December 2013, when the UN Security Council authorized the peacekeeping efforts of the African-led Support Mission to the Central African Republic, with French assistance.

The United States has done much to improve its ability to prevent and respond to atrocities since Rwanda. And it is far removed from the level of indifference U.S. officials displayed as recently as the 1970s, when genocidal violence in East Pakistan (now Bangladesh) and Burundi elicited minimal, if any, response.

Today, the United States is much better organized to identify and respond to the threat of mass atrocities. Several recent initiatives have made the prevention of genocide and atrocities a top government priority. The director of national intelligence is now required to report to Congress to evaluate the global risk of mass atrocities in his annual Worldwide Threat Assessment. An Atrocities Prevention Board (APB), established by presidential directive in 2011, is now tasked with coordinating interagency policy responses to atrocity threats. While still a relatively new body, the APB was recently recognized for providing direction to the U.S. response to violence in the Central African Republic. This body, moreover, is specifically empowered to bring emerging threats to the attention of senior U.S. officials, including the president, something that only very belatedly happened in Rwanda.

Finally, the U.S. armed forces have now developed a specific doctrine on "Mass Atrocity Response Operations" that lays out seven approaches to containing and ending genocidal violence. USAID has also developed prevention training programs for its representatives in the field. Such developments would have been unimaginable not so long ago.

To some, these advances will not amount to much, and the earnest pledges of "Never Again" will sound just as hollow today as they were in the aftermath of Rwanda. Besides devaluing the progress that has been made, such condemnation also discounts the severity of the challenges that almost always have to be overcome for preventive action to be timely and effective. On any given day, policymakers are grappling with many pressing tasks relating to a crisis unfolding somewhere in the world. Focusing on a problem that hasn’t surfaced yet and may never happen is clearly very difficult. Even when the warning signs are incontrovertible, mobilizing national and international actors to respond requires immense effort and willpower to overcome the many political, financial, and operational obstacles that typically get in the way. What can be done? Some broad strategies are desirable:

If states, institutions, and other global actors can accomplish as much in the next twenty years as they have since 1994, a repetition of the horrors of Rwanda will be increasingly difficult to imagine.