The toll of injury and death caused by the Nepal earthquake continues to mount. Much of Kathmandu is in ruins, mountain roads that were difficult to traverse pre-earthquake have now been rendered impassable, communications are disrupted, and the Nepalese government is in a shambles. Health emergencies are likely to add considerably to the April 28 estimate of five thousand dead. 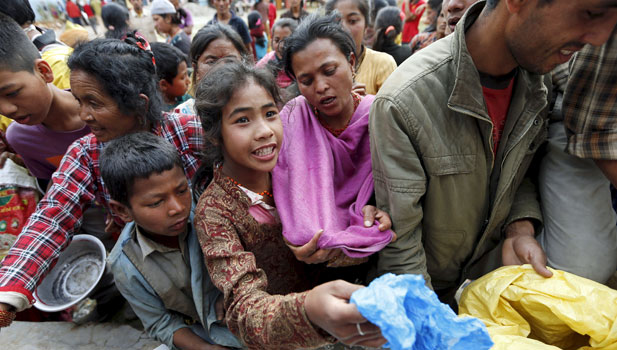 Cholera—in forms both antibiotic resistant and highly virulent —has been endemic to Nepal for centuries, causing the first mass-scale epidemic recorded by foreigners in 1823. Given the earthquake’s disruptions of Nepal’s already poor water systems, it seems likely cholera will take a toll, adding to the suffering.

To comprehend the scale of the disaster recovery and health operations Nepal now faces, a few quick pre-earthquake background points bear delineation. According to the World Bank, as of 2013 the 27.8 million Nepalese had a tiny $19.2 billion economy that was projected to grow this year by 4.8 percent, largely based on tourism. Most of the population (63 percent) had no access to electricity, few had indoor plumbing that provided safe drinking water, average life expectancy was sixty-eight years, and annual per capita GNI was merely $730. Nepal, pre-earthquake, ranked as one of the poorest places on Earth, with 25.2 percent of its population living in acute poverty.

Nepal’s government has suffered fourteen years of rancor and disruption, leaving the people to fend for themselves in many areas—including, according to press accounts, earthquake rescue and recovery. Nepal in the 1990s was plagued by civil war, driven by the Maoist-leaning Communist Party of Nepal. The party surged to Kathmandu in the wake of the June 2001 Royal Family massacre carried out by Prince Dipendra (who killed nine people, including his father, the king, before committing suicide) , threatening the weakened government. Prince Dipendra’s uncle, King Gyanendra Bir Bikram Shah Dev, took the throne and responded to the Maoist threat with repressive measures. 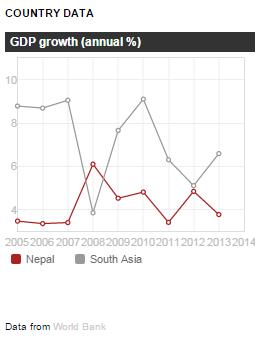 A peace agreement was finally reached in 2006, and Nepal became a federal democratic republic after a nationwide election in 2008.* But even in the absence of a crisis as grave as the earthquake, Nepal is a nearly ungoverned place, rife with corruption. As the global watchdog group Transparency International puts it, “Corruption is a fact of life in Nepal.”

In many ways the earthquake crisis Nepal faces mirrors that which followed the January 12, 2010, quake in Haiti. In both cases the devastated nations were led by weak governments, considered highly corrupt. Both countries suffered from abysmal health services, infrastructures, and public goods of all types pre-earthquake. And in both countries a tiny elite garnered nearly all of the nations’ wealth, while most of the populations suffered severe deprivation—complaints about which were met with brutal repression.

Haiti’s earthquake killed 220,000 people during and immediately after the event, leaving 1.5 million survivors homeless. And that was just the beginning, as relief workers unintentionally introduced cholera to Haiti. The outbreak has caused nearly 750,000 cases of the disease in Haiti and neighboring Dominican Republic, killing 9,200 people in the two nations. Cholera has remained a permanent feature in Haiti ever since, with twenty communes of the country placed on red alert in March 2015 and the nation leading the world in 2014 as first for prevalence of the waterborne disease.

Haiti’s cholera epidemic started a few weeks after the earthquake, spreading from a facility that housed United Nations peacekeepers. As it turns out, those peacekeepers were from Nepal. Genetic analysis of the strain found in Haiti matched one that had been epidemic in Nepal for a year, and was both highly virulent and antibiotic-resistant to the drugs chiefly used in treating the disease. Though the Nepali government has vehemently denied any connection between its soldiers and the spread of cholera in Haiti, an independent report concluded in 2011 that the outbreak was the result of contamination of water supplies via sewage from the Nepali encampment. For its part, the United Nations has declined to pin blame for causation and called for billions of dollars of cholera-specific aid for Haiti, little of which has materialized.

With the rains and floods, in the absence of appropriate waste treatment and sewer systems, will come the ancient scourge of Nepal, Vibrio cholera.

The Haitian experience offers cautionary tales for Nepal. Though hundreds of humanitarian and medical relief organizations raced to Haiti’s earthquake scene in 2010, along with considerable bilateral government agencies from the United States, Latin America, and the Caribbean, the road to recovery remains a long and controversial journey. As journalist Jonathan M. Katz describes in his 2013 book, The Big Truck That Went By: How the World Came to Save Haiti and Left Behind a Disaster, the absence of clear national governance in Port-au-Prince allowed outsiders—mostly U.S.-based groups —to carry out whatever recovery and reconstruction programs they deemed appropriate, and to claim significant percentages of aid donations for their NGO or company overheads.

Haiti in 2015 has more roads, jobs, hospitals, and schools than it did immediately following the earthquake, but it remains the poorest nation in the Americas, with an average life expectancy of 63 years and a GNI per capita of merely $474 per year.

The challenge in Nepal over the coming days, months, and years will be staggering. The capital, filled with poorly constructed and ancient buildings, is a scene of utter demolition from which some survivors and probably hundreds of dead will be extracted. Outside Kathmandu scanty reports indicate entire villages and small towns have all but disappeared, with little more than rubble to mark where they had stood; others were devoured by massive landslides. Zem’diki Sherpa posted on Facebook that her Himalayan community is gone: “For those with a connection to my home region of Khumbu around Mt. Everest, which will always be closest to my own heart: my dad is telling me that almost every single house in our Thame valley has been destroyed or badly damaged.”

With quakes continuing to hit Kathmandu, thousands of Nepalis are pouring out of the city, hoping to find their relatives’ villages. The city’s Tribhuvan International Airport has been shut down more than it has been open due to disappearing workers and ongoing tremors. The morgues are at capacity, forcing mass burials. Aid started to trickle in three days after the quake, but airport closures, demolished roads, and the lack of clear Nepali government coordination has severely limited support. India, China, Pakistan, and the United States have been the chief government responders, alongside many humanitarian organizations and UN agencies.

Even in the absence of a crisis as grave as the earthquake, Nepal is a nearly ungoverned place.

Hospitals are damaged, and patients are undergoing care in open parks and streets. According to news accounts and humanitarian reports, all of the hospitals and clinics across Kathmandu are either wrecked, or filled to capacity with needy patients. Most rooms of the largest government medical facility, Bir Hospital, have been abandoned due to obvious structural damage.

The immediate medical needs are for mended bones, blood transfusions, wound care, and appropriate antibiotics. The need for doctors and surgeons is now paramount. But rescue operations will soon transition to recovery, in anticipation of the June arrival of Nepal’s monsoon season. Scarcely five weeks remain to construct shelter for at least thirty thousand people now living outdoors in sixteen government-run camps.

“There is no sanitation,” reports Newsweek, “waste is dumped into open sewage lines—and no clean cooking facilities, and, where the Red Cross can’t reach, no safe drinking water or food.”

With the rains and floods, in the absence of appropriate waste treatment and sewer systems, will come the ancient scourge of Nepal, Vibrio cholerae, the bacteria that cause diarrhea, fever, and dehydration. If safe water systems cannot quickly be erected the impact will surely be dreadful.

[*EDITOR’S NOTE: An earlier version of this Expert Brief incorrectly stated that Gyanendra Bir Bikram Shah Dev remained the titular head of Nepal in May 2015. It also mistakenly referred to the Nepali government as the “Gyanendra government.” Gyanendra was the king of Nepal from 2001 to 2008, but a series of civilian coalition governments have led the country since.]