Skip to main content
The Tobacco Problem in U.S. Trade

Should tobacco be like any other product in U.S. trade? The question bedeviled U.S. policymakers for decades, but it has now arisen again, with much controversy, in the context of the Trans-Pacific Partnership (TPP), the pending trade deal between the United States and eleven other countries. 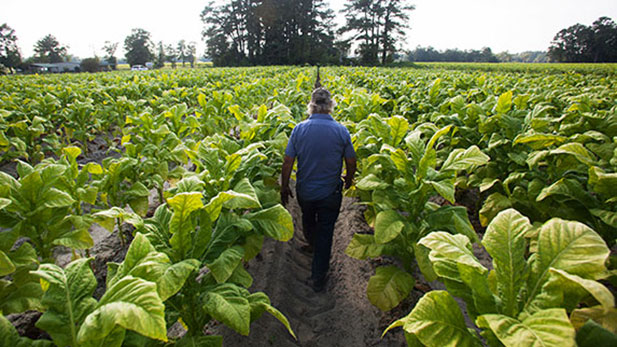 The White House has tried to finesse the issue, recently proposing that the TPP agreement acknowledge tobacco as a health concern but otherwise treat it no differently from other products. That compromise has satisfied no one. Health advocates are furious that the White House dropped its previous proposal for a stronger tobacco control exception in the TPP agreement. The business community opposes any special treatment for tobacco. With that controversy spilling into the press and threatening the conclusion of the TPP talks—the Obama administration’s signature international economic initiative—the White House should now formally resolve the question of the role of tobacco in U.S. trade policy. That answer is expected to come next week, when the TPP negotiators meet in Washington, D.C.

For many years, there was no doubt that tobacco was a product like any other in U.S. trade policy. Throughout the 1980s and 1990s, the United States used trade measures to pry open emerging Asian economies to imported cigarettes. Those countries were unprepared for intensive marketing by the tobacco industry, particularly to women and youth. According to a U.S. Government Accountability Office report, after multinational tobacco companies entered South Korea in 1989, smoking among teens rose 11 percent and quintupled among girls in the first year. A public outcry ensued. In 1997, Congress conditioned the appropriations of several U.S. government agencies on those funds not being used to promote tobacco internationally.

An uneasy compromise over tobacco and trade emerged. U.S. trade officials refrained from tobacco-specific initiatives and, despite occasional, significant congressional pressure, declined to bring trade cases against other countries’ tobacco control measures. Meanwhile, nearly every U.S. trade and investment agreement negotiated over the past decade has reduced tobacco tariffs and continued to protect tobacco investments like those of any other U.S. industry.

As the tobacco industry’s tactics on trade shifted, the controversy reignited. Tobacco companies began using trade and investment agreements to file legal challenges to block new cigarette labeling and advertising restrictions. Australia is fighting four different trade and investment cases against its cigarette packaging law. Similar cases have been filed against Norway and Uruguay and threatened against Togo. Investment disputes are expensive and the outcomes can be unpredictable. Many developing countries do not have the expertise or resources to fight. Even New Zealand and Canada backed away from planned tobacco regulations in the face of litigation threats.

Since U.S. federal, state, and local laws include many of the same regulations that the tobacco industry has challenged elsewhere, public health advocates are wary about negotiating a new trade agreement if it increases the likelihood of such cases. Other TPP countries share those concerns. Australia, New Zealand, and Canada have already been targets of tobacco trade and investment suits. Vietnam is just beginning to implement effective tobacco control programs.

Two weeks ago, the White House revised its previously announced proposal for a tobacco control-specific exception under the TPP agreement. The revised proposal cites tobacco within the standard public health and safety exception that appears in U.S. trade agreements, but it no longer includes other tobacco-specific protections. The U.S. proposal still includes the language used in other recent U.S. trade deals that enables companies to legally challenge public health, safety, or environmental regulations, but it also includes standards that reduce the likelihood of those challenges prevailing.

The compromise satisfied no one. New York City mayor Michael Bloomberg slammed the White House in a New York Times op-ed entitled "Why Is Obama Caving to Tobacco?" Public health groups claim that the White House’s revised proposal does little, if anything, to protect tobacco control. Malaysia, another country in the TPP talks, countered the U.S. proposal with demands that tobacco be excluded entirely from the negotiations. Meanwhile, the U.S. Chamber of Commerce and other business groups oppose the administration’s revised proposal, fearing it could still serve as a precedent for product-specific health exceptions in future U.S. trade agreements on other agricultural and consumer goods like sugar, alcohol, and pharmaceuticals.

The controversy over tobacco has backed U.S. trade officials into a corner. These officials do not include tobacco in U.S. trade and investment agreements because they like the industry or its tactics. Rather, U.S. trade initiatives are obliged by law to maintain and enlarge foreign markets for U.S. agricultural and manufacturing products. Tobacco is a legal product and, while the industry has shifted most of its production abroad, the United States remains a significant, albeit declining, exporter.

The White House need not undermine U.S. trade law to decide the question of tobacco in the TPP and successfully conclude those negotiations. Tobacco is already unique, as a matter of public health, international law, and established U.S. trade policy. That question has been answered over the course of the past decade. The White House need only recognize it as such.

As a matter of public health, tobacco has always been different from alcohol, processed food, or sugary drinks. As former World Health Organization (WHO) director-general Gro Harlem Brundtland famously said, it is the only consumer product that, when used as directed, kills you. But as the tobacco industry has aggressively expanded into developing country markets, the scale of the public health problem changed. There are now 1.2 billion smokers globally, about one-third of the world’s adult population. Nearly 40 percent of the world’s children—seven hundred million—breathe secondhand tobacco smoke at home. The WHO estimates that tobacco use already kills more people annually than HIV/AIDS, malaria, and tuberculosis combined and will kill one billion people this century, mostly in poor countries. By almost any measure, human or economic, tobacco has become the greatest health threat facing the world today.

Tobacco is also now the only legal consumer product that has a binding international treaty dedicated to its control. One hundred and seventy-six countries have ratified the Framework Convention on Tobacco Control, which mandates tobacco control and prevention programs and provides an international platform for their monitoring. This convention entered into force in 2005 and, like nearly all treaties concluded since that time, the U.S. Congress has yet to ratify it. The United States has signed the convention, however, and is fully compliant with its terms and participates in its meetings. All eleven other countries in the TPP talks have ratified and are legally bound to adopt tobacco control measures prescribed by the convention.

In 2001, tobacco also became the only legal consumer product with a binding U.S. executive order (PDF), signed by President Bill Clinton and still in force, requiring all U.S. executive branch agencies not to promote its sale or export. That order also does not permit the use of U.S. trade initiatives to restrict governments’ tobacco marketing and advertising regulations, unless those regulations discriminate against U.S. tobacco products in favor of that country’s domestic tobacco products.

In sum, the White House would be on strong footing in treating tobacco differently from other products in the TPP talks. This combination of an enormous public health threat, a widely subscribed treaty binding all other TPP member countries, and an executive order mandating the U.S. trade policy on the matter is highly unlikely to reoccur for any other consumer or agricultural good. The U.S. Trade Representative should reassure the business community by formally indicating that its proposal supporting tobacco control in the TPP talks is mandated by this unique constellation of factors and cannot serve as precedent under other circumstances.

To promote tobacco control, President Obama need not be the nanny in the negotiations. TPP members should not be compelled to adopt tobacco controls, but they should be able to do so without the looming threat of duplicative disputes in multiple trade and investment venues. Instead, the administration should exempt tobacco control measures from legal challenge under the TPP in three ways:

The Obama administration has a tremendous opportunity to forge a new approach on tobacco that balances U.S. mandates on trade with its obligations to promote public health at home and abroad. By seizing that opportunity, the White House can also remove a major emerging obstacle to successfully concluding the TPP, the largest U.S. trade deal in a generation. That would be an outcome that the larger U.S. business community would embrace.

Trump's Foreign Policies Are Better Than They Seem

President Donald J. Trump’s actions have often been rash, ignorant, and chaotic. Yet some of his individual foreign policies are substantially better than his opponents assert.

How the fragile macro-economic base of China’s external adjustment could intersect with China 2025 and generate a new "China" shock.

UK Prime Minister Theresa May has been unable to convince her own party to pass the Brexit deal she negotiated with the European Union because of its backstop provision. What is it, and why does it matter?