As President Barack Obama’s administration moved to prioritize action on climate change for the remainder of 2015, Pope Francis used addresses at the White House and to a joint session of Congress to lend his moral support.  Although climate policy will remain polarizing for lawmakers, the pope’s visit has helped focus international attention on the administration’s efforts to lead on the issue. 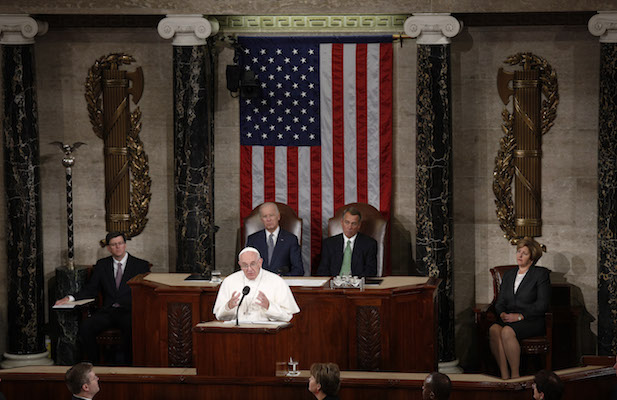 Ahead of the Paris Climate Change Conference in late November, the administration has unveiled a suite of initiatives to reduce U.S. greenhouse gas emissions. Since any international accord at the Paris summit will be based on voluntary pledges by each country to take action, the Obama administration sought to make an early and ambitious pledge, which it could then use to encourage other countries to follow suit. Last November, President Obama and Chinese President Xi Jinping announced a surprise climate pact under which the world’s two largest emitters pledged to rein in emissions. 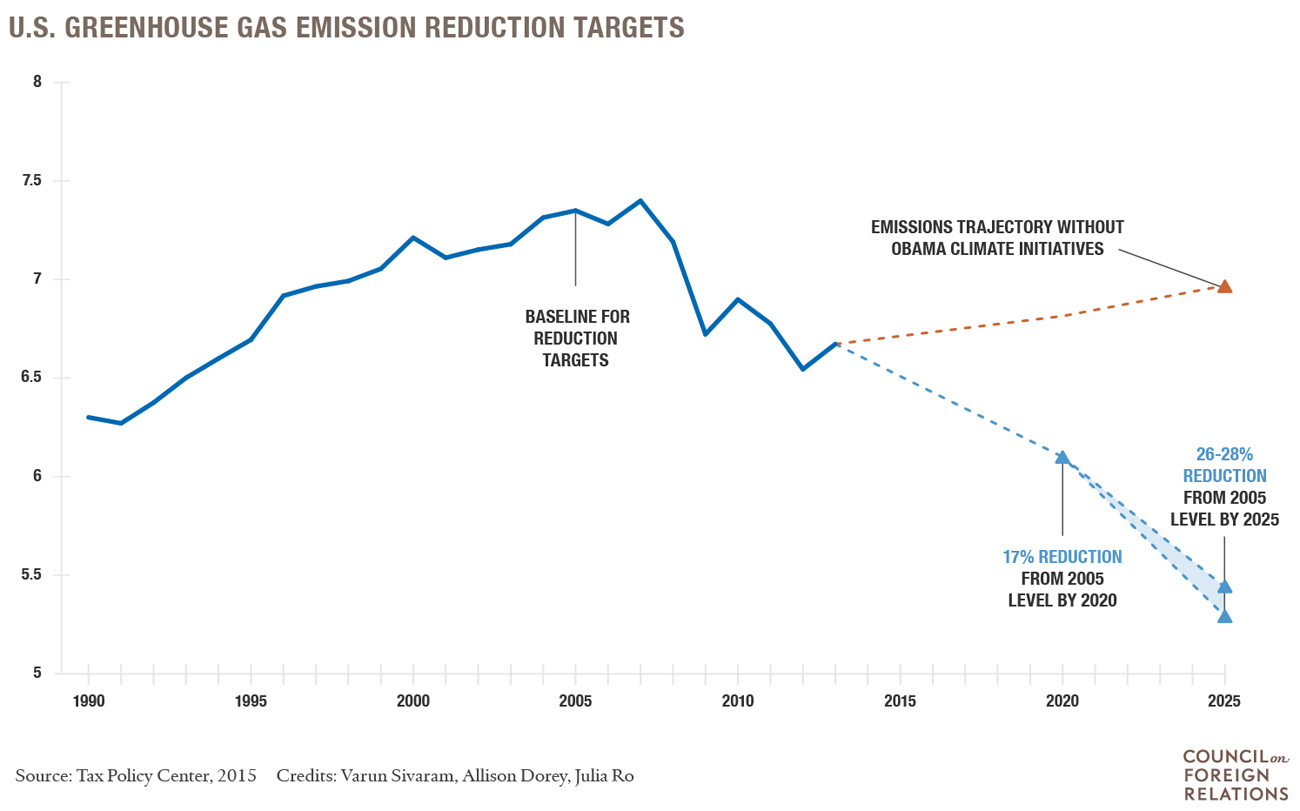 Over the course of 2015, the Obama administration has continued to make progress in crafting policies to achieve these goals, circumventing a gridlocked legislature in which major action on climate was politically infeasible. The resulting policies, designed and implemented by executive agencies like the Environmental Protection Agency (EPA), may still have to weather legal and political challenges to keep U.S. emissions cuts on track with international commitments.

U.S. climate policy rests on two policy pillars, fortified by an assortment of smaller initiatives. The first pillar is the set of Corporate Average Fuel Economy (CAFE) standards for new vehicles sold in the United States. These standards—jointly administered by the EPA and the National Highway Traffic Safety Administration (NHTSA)—mandate that each year automakers improve the mileage of new passenger cars and light trucks to reduce fuel consumption and emissions from the transportation sector. The Obama administration in 2011 began increasing these standards, which had been frozen for most of the previous two decades. By 2025, the rules will mandate that the average new vehicle have a mileage of roughly thirty-five miles per gallon, which the administration forecasts will save about 2.2 million barrels of oil per day.

By 2030, the administration projects that the Clean Power Plan will reduce power sector emissions by 20 percent compared to today’s levels.

The second pillar is the EPA’s Clean Power Plan, the final version of which the administration rolled out in August. The most ambitious element of the administration’s climate framework, the plan exercises the EPA’s authority under the Clean Air Act to regulate emissions from power plants, which account for 31 percent of total U.S. emissions. Accordingly, the EPA has set emission reduction targets for each of forty-seven states (excluding Alaska, Hawaii, and Vermont), allowing considerable flexibility for states to design their own plans to achieve the targets. For example, states may shut down heavily emitting coal power plants in favor of lower-carbon natural gas-fired plants or even zero-carbon power sources like renewable energy, which are increasingly competitive with conventional power. Moreover, they can ramp up programs supporting energy efficiency and count energy savings toward the emission reduction targets. By 2030, the administration projects that the Clean Power Plan will reduce power sector emissions by 20 percent compared to today’s levels.

Although these two pillars account for the majority of the emissions reductions needed to meet the United States’ international commitment, the administration has also enacted several supporting policies and is in the process of designing even more. For example, the Energy Department has set energy efficiency standards for buildings and appliances, and the EPA has strengthened its regulation of climate change- inducing chemicals used in air conditioners and refrigerators. And the administration has recently proposed new rules for capturing harmful methane emissions that can leak from oil and gas wells, as well as new fuel economy standards for heavy trucks.

Still, despite the policies that the administration has rolled out, the United States may need to do even more to meet its emission targets. One study by the World Resources Institute found that by expanding existing initiatives and adding some new ones—like regulating emissions from airplanes—the administration could further reduce emissions without needing congressional approval. The decision of whether or not to ratchet up the ambition of U.S. climate policy will likely fall to the next administration, which may also have to contend with legal and political challenges to the existing set of policies.

Tests on the Horizon

Opponents of the administration’s unilateral enactment of climate policies have vowed to fight the regulations through the courts and at the polls. Even before the Clean Power Plan was finalized, the coal industry sued the EPA for exceeding its statutory authority (it lost, but only because a federal court dismissed the suit as premature). New legal challenges are expected soon, especially from states that are heavily reliant on coal power like Kentucky, West Virginia, and Wyoming. In the meantime, some in Congress have urged states to ignore the Clean Power Plan altogether, and as the 2016 presidential primaries loom, several candidates have pledged to undo the EPA’s regulations.

However, the Clean Power Plan is likely in less legal danger than many were speculating before the final rule was unveiled. A change to the EPA’s methodology to calculate the emission reduction targets—excluding energy efficiency in the calculation but including it in the menu of compliance options available to states—puts the rule on firmer legal footing. Protracted legal battles may well ensue, but as states and power utilities across the country make progress toward compliance, legal relief may come too late to matter.

The United States still only accounts for about 15 percent of global greenhouse gas emissions; it cannot solve climate change alone.

The other pillar of the administration’s climate framework, vehicle fuel economy standards, faces its own trials in the not-so-distant future. A review of the standards by federal agencies is scheduled for 2017–2018, and the auto industry is already gearing up to challenge the stringency of the standards for vehicle model years 2022–2025. However, the recent news that Volkswagen illegally skirted pollution control standards may undercut the industry’s credibility in contesting fuel economy regulations. Again, much depends on the attitude of the next administration toward the climate legacy of its predecessor.

The Obama administration’s elaborate climate policy framework notwithstanding, the United States still only accounts for about 15 percent of global greenhouse gas emissions; it cannot solve climate change alone. Heading into the Paris climate summit, the administration hopes to play a pivotal role in negotiating an accord that makes tangible progress and leaves room for even more ambition to achieve the emission reductions necessary to avert catastrophic climate change.