Japan’s worsening crisis at the Fukushima nuclear plant following the March 11 earthquake and tsunami has reignited the debate about the safety of nuclear power. Charles Ferguson, president of the Federation of American Scientists and author of Nuclear Energy: What Everyone Needs to Know, says the worst-case scenario is if the spent fuel rods at Fukushima catch fire. He says the Japanese could have been more prepared and that the accident is likely to cause "ripple effects throughout the whole Japanese nuclear industry and perhaps the worldwide industry." He expects some countries in earthquake-prone regions to rethink pursuing nuclear power, but other countries--such as China--will continue to build plants. In the United States, he says the prospects for nuclear power remain uncertain."[Utilities are] going to have to see what happens in Japan, let this die down and once again build the case on the basis of whether this is an energy source that is cost competitive."

What has occurred at the Fukushima nuclear plant, and what has been done? Could you describe any missteps in addressing the crisis as it unfolded?

More From Our Experts
Sheila A. Smith
Fifty Years Later, Okinawa Is Still a Strategic Crossroads

For any nuclear power plant, when it’s shut down (NYT), there is a significant amount of radioactive decay heat that has to be gotten rid of, [but] you cannot operate the cooling mechanisms unless you have a source of electrical power to turn pumps and carry away that massive amount of heat. [Without that], the water surrounding the reactor core that keeps it cool will start to boil away. If the fuel rods become uncovered, then you run a risk of the fuel beginning to literally melt. Then the possibility of releasing radioactive materials to the environment can go up significantly, especially if there is a breach in the containment structure of the reactor.

There have been explosions. Apparently these were hydrogen explosions. What happened there was the steam from [the coolant’s] contact with the [overheating fuel rods] disassociated [into its molecular components]. When water dissociates, it becomes hydrogen and oxygen. Hydrogen is a flammable gas, and it doesn’t take much to ignite it, especially in the presence of a lot of oxygen.

What is the worse-case scenario?

Massive amounts of spent nuclear fuel (ProPublica) are stored [in pools of water] inside that building. If the water boils away or there’s a breach, those spent fuel rods could catch on fire. If they do, we could have massive amounts of radioactive material being dispersed into the environment. That could be the truly worst-case event. Several [reactor] core loads worth of material are packed into these spent fuel pools. So you have one load [of fuel rods] right now resident in the reactors that could melt down. But then it could get worse, because you have several [additional] core loads of material that are in these spent fuel pools, and I think a lot of people don’t realize that.

More From Our Experts
Sheila A. Smith
Fifty Years Later, Okinawa Is Still a Strategic Crossroads

These reactors are fairly old designs; they go back [forty years]. These [older] boiling water reactors typically store their spent fuel in above-ground pools outside the primary containment structure but inside the secondary containment structure. There is some protection for them, but not as much as some of the more modern, pressurized-water-reactors’ spent fuel pools.

Japan is probably the most earthquake-prepared nation in the world. But is there anything the Japanese could have done better to prevent this crisis in terms of policies, infrastructure, and plant design?

There are going to be ripple effects throughout the whole Japanese nuclear industry and perhaps the worldwide industry. It doesn’t seem that the backup safety systems were adequate, and they put this nuclear plant right at the coast. The word "tsunami" was invented in Japan, so it’s not like they were unaware of that type of danger. Now they would say: Look, they weren’t anticipating that type of quake; they had never experienced that in the last 140 or so years. But everyone knew this was an earthquake-prone region.

A number of things appear to have gone wrong. There should be backup emergency core cooling. There’s a steam suppression system in these boiling water reactors to reduce the pressure [buildup] so you don’t have a breach of the containment structure. But apparently these steam suppression systems just got saturated, [which] points to a design error. [It seems] the designers didn’t anticipate that the steam could build up that rapidly and didn’t build enough capacity in the steam suppression system. So that’s one thing that needs investigation. Another issue is they should have had an emergency core cooling system that could pump in boron, because boron is a neutron absorber, without going to the drastic step of pumping in seawater laced with boron. 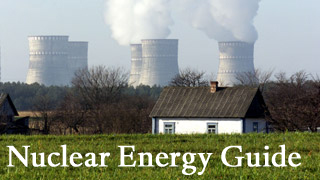 How much does this compare to other major nuclear accidents?

It’s unique. It’s not something that happened due to reactor operator error, which was the case of Three Mile Island. A natural disaster has triggered this. There could be human error involved as well, but we don’t know yet.

How much danger is there to the public?

The public is going to be very anxious about their long-term health. If there is a significant release of radiation, then conceivably several thousand people could [get] cancer in the next several years to decades. The thing is, with this exposure to radiation, it’s hard to say who is going to get cancer. That increases people’s anxiety. In terms of human toll and suffering, if we add a number of potential deaths, it’s not that huge. I don’t want to belittle it; everyone who dies [creates] a tragedy for that person’s family. But if you compare the number of immediate deaths in the nuclear accident versus the number of immediate deaths due to the earthquake and tsunami, it’s pretty small.

What options do the Japanese have if there’s irreparable harm to the industry? Should they be shifting away from nuclear power anyway?

As I mentioned in my piece in Foreign Policy, I’ve talked with Japanese officials in the last three or four years and a number of them said that they think France has become too reliant on nuclear power. The French get almost 80 percent of their electricity from nuclear power. Nonetheless, Japan does have plans (that will probably change now) to ramp up the use of nuclear power from roughly 30 percent today for electricity to maybe 50 percent by mid-century.

Japan is very energy insecure. They import more than 80 percent of their fuel sources; they don’t have a lot of indigenous sources of coal and natural gas and oil. They want to wean their dependency on foreign sources of fossil fuel, and that makes sense. Then there are monopolies in the Japanese utility industry [that] have a lot of control over both local and national politics. Those utility executives tend to favor the large power projects--big coal, big nuclear, big gas and oil. They aren’t so keen on more decentralized sources like wind and solar and geothermal. There hasn’t been a lot of government push to move ahead with renewable sources, although Japan is rather blessed with wind and geothermal sources and, to a large extent, solar as well.

The industry has been going through somewhat of a revival globally because it’s an off-the-shelf technology that can mitigate greenhouse gas emissions.  How much damage has this incident inflicted on the industry globally?

There are going to be places in the world where retrofits will have to be made. But I don’t see China backing away from building nuclear power plants. That’s the country right now where they have the largest amount of nuclear growth. So it’s going be a mixed reaction throughout the world.

What were the prospects for new nuclear power in the United States before this incident, and how much does this change things?

The prospects before the incident were a bit of a crapshoot. There’s a lot of financial risk in this industry. The capital costs of nuclear plants are so high that companies are risking several billion dollars per reactor and financial firms have downgraded the credit ratings of utilities that have even expressed interest in nuclear power. We’re just going to see a further hesitancy on the part of utilities in the United States to move [toward] nuclear power. They’re going to have to see what happens in Japan, let this die down, and once again build the case on the basis of whether this is an energy source that is cost competitive.

The huge issue in the United States is not necessarily the earthquake, it’s the reaction to cheap, plentiful natural gas. Last week at the American Enterprise Institute, John Rowe, the CEO of Exelon, which has the largest number of nuclear reactors in the United States, said, "We have to face reality, people. Natural gas is so plentiful and so cheap and probably will be for decades to come. It’s going to be extremely difficult to get nuclear power plant projects funded."

A number of existing U.S. plants are built along fault lines. And some plants that were destined for mothballing instead are up now for license renewal for another fifteen to twenty years. Are there any policies you would recommend to improve safety and disaster preparedness?

We’re at a turning point because almost all of the nuclear power plants in the United States are fast approaching their nominal forty-year lifespan. When nuclear power began in the late 1950s and 1960s, engineers didn’t know how long these plants were really going to last, so they were pretty conservative. They said OK, let’s see if those could last forty years and go from there. No one anticipated that over the last basically thirty years there would be very little construction of nuclear plants in the United States. In fact, the last plant that was constructed in the United States was completed in1996. These extensions are going to be an opportunity, as more plants come up for license renewal, to take a fresh look at whether they are prepared for earthquakes and other natural disasters.

Japan’s United States–imposed postwar constitution renounced the use of offensive military force, but, Sheila A. Smith shows, a nuclear North Korea and an increasingly assertive China have the Japanese rethinking that commitment—and their reliance on U.S. security.