On the eve of the North Atlantic Treaty Organization’s 26th summit in Wales, CFR’s Janine Davidson says leaders of NATO member countries must prepare to address the rising threat of unconventional warfare: namely, Russia’s "covert, implausibly deniable invasion" of Ukraine and the rampaging ISIS forces in the Middle East. Davidson, who previously served in the Obama administration as deputy assistant secretary of defense for plans, says NATO should be assisting Ukraine with more military aid to deter any further Russian aggression. Regarding the Middle East, she adds her voice to those advocating for U.S. air strikes against ISIS targets inside Syria. "They need to be taken out. That may sound hawkish, but you cannot just attack them in one place and let them go someplace else. Now is not the time to stand back," Davidson says. 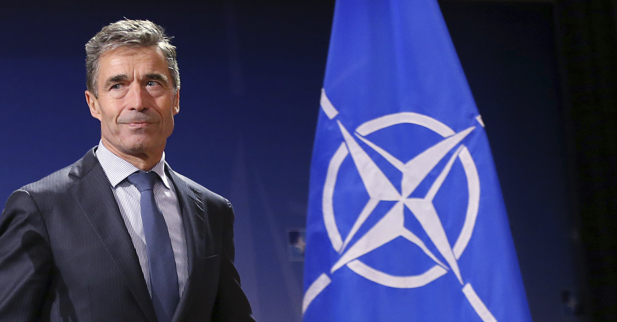 When leaders of the twenty-eight NATO countries convene in Wales next week, should their focus be on continued Russian aggression toward Ukraine or the growing threat of ISIS forces in the Middle East?

Leaders of NATO member states don’t have the luxury of ignoring one or the other; they are going to have to look at both. In particular, they need to think about what different types of threats mean for the types of military capabilities NATO needs to be developing. Neither of these crises exemplifies the traditional military warfare that NATO was originally designed to confront. With Russia, you have a covert, implausibly deniable invasion that rises just below the line for what we consider "real" invasion, which in a NATO member nation would trigger an Article Five response. Likewise, ISIS is not a traditional military foe. It is not unlike what NATO has faced in Afghanistan for the last ten years, as well as in places like Libya.

There has been some criticism of NATO countries not providing enough material aid to Ukraine. Do you think this criticism is warranted?

NATO has not launched any sort of all-out military operation against Russia or the rebel forces. That’s true. But, I don’t think that is what it should have done. I advocated for a little bit more on the military front—not necessarily NATO boots on the ground, but more outside assistance for the Ukrainian military. And that’s happened to some extent. But NATO could probably have provided more robust support for the Ukrainian military. The theory is deterrence: if Putin believes that the Ukrainian military is more capable than it is, he might think twice about doing something more adventurous.

What about the Europeans? They have such close trade relations with Moscow that they seem reluctant to cut off trade ties with robust sanctions.

I think the downing of the Malaysian airliner MH17 served as a wake-up call to the Europeans. It spurred a sense of urgency on the part of the EU and world powers to bring this conflict to a close. The Europeans have gradually and incrementally ratcheted up the pressure, knowing that it will not be without cost to them. They are recognizing the balance that needs to be struck.

The most nervous NATO countries are the Baltic states and the Eastern Europeans. Would Moscow make trouble there, knowing the NATO treaty obligations?

One never knows. A lot of people think that it would be very unwise for Russia to continue any type of aggression further west into NATO-allied countries. That said, we are all students of international relations and history, and I don’t think you can ever totally take "stupid" off the table in terms of leaders making very bad decisions.

Has U.S. leadership in NATO been strong enough?

The United States has definitely been the strongest voice and the leader in ratcheting up the sanctions and trying to point the way for the Europeans in particular on what is needed to turn up the pressure. Militarily the United States has led the way, but the collective voice of NATO did not have much of an appetite for doing much on this front.

Yes. The agreed [spending] goal for all NATO members is 2 percent of GDP, but very few members come close to meeting that, while some countries contribute more than they spend. It is a very contentious and problematic issue to have a military alliance when many members do not contribute to the capability of the alliance. This should be discussed at the summit. What types of capabilities does the alliance need to confront the unconventional challenges presented by ISIS and Ukraine?

Should NATO station airplanes in Ukraine?

That would have to be assessed on how provocative and how much of a deterrent it would be to do so. I don’t think airpower needs to be right in the country. You have fighter planes in Poland and other NATO countries. And NATO has ramped up activity there. Stationing them in Ukraine when NATO countries in Eastern Europe want them is probably not in the cards.

What can NATO do about the growing ISIS threat in the Middle East?

NATO members must remain firm and focused. [The United States] is notorious for trying to do things quickly. This is not something we can bomb our way out of in a month. It is a long-term problem. The situation will never get better until the actors in the region—the tribal leaders and the national leaders—come together. The vast majority of leaders are opposed to ISIS: its philosophy, actions, and barbarity. They do not want to see them grow. If there was ever a time to rally regional actors around a longer-term approach, the time would be now. History shows that if the United States leads the way, [disparate groups] can rally. In the short term, the United States can continue to keep ISIS on its heels.

Should the United States partner with Syrian president Bashar al-Assad to defeat ISIS?

I don’t know if we have to actively partner with Assad. He has played an unhelpful and confusing role in fighting ISIS, but also helping them grow. Many people continue to see Syria and Iraq as separate issues, but ISIS does not. The differences are irrelevant to them, but they can exploit our reluctance [to act in Syria]. ISIS has their headquarters in Raqqa, and are about to take Aleppo. Right now, they are confident that they will not be attacked inside Syria. They need to be taken out. That may sound hawkish, but you cannot just attack them in one place and let them go someplace else. Now is not the time to stand back.

So you would support the use of U.S. airpower against ISIS in Syria?

Yes, absolutely. I support the use of air power in Syria for the same reason I supported it to free the Mosul dam and assist the Yazidi people: I am appalled by the brutal, barbaric actions of this group, and they do need to be stopped. That said, we need to understand that U.S. airpower—indeed, military power alone or U.S. unilateral action in the short term—will not solve this problem or fully defeat ISIS. It can help save lives in the short term by stopping ISIS’s momentum, which is critical, but the longer-term solution requires a regional and political approach.

Why Ukraine Might Make a TV Actor Its President

Ukraine’s presidential campaign—the first since the upheavals of 2014—is drawing to a close, and the most improbable of candidates has taken the lead. Could he really become the country’s next president?

See How Much You Know About Ukraine

Test your knowledge of Ukraine, from its twentieth century history to its current relations with Russia.

Europe’s Response to the U.S.-UK-Australia Submarine Deal: What to Know

AUKUS, a deal for the United States and United Kingdom to provide Australia with submarines, has infuriated France at a time when transatlantic coordination to deal with China’s rise is crucial.

In Brief by Charles A. Kupchan September 22, 2021 Europe Program

With Chancellor Angela Merkel stepping down after sixteen years in office, the leadership of Germany, and the EU, is wide open. What is Merkel’s legacy, and what comes next?