The Obama administration faces a difficult task in justifying U.S. military strikes on Syria, says John B. Bellinger, former top attorney at the State Department during the George W. Bush administration. "The problem is that there really is no good international legal basis for the use of force in Syria," he says. However, the White House could stress that the Assad regime’s alleged use of chemical weapons on its own people "poses a threat not only to the United States, but to international peace and security, which may justify the right to use force in collective self-defense," he says. 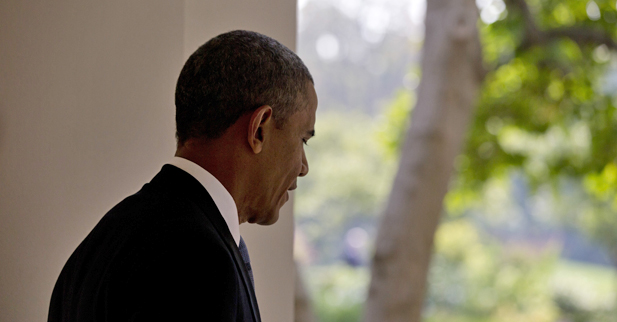 Did the president make the right move in going to Congress for authorization to use military force in Syria?

I was surprised that he decided to go to Congress, but it may have been politically necessary. As a legal matter, I don’t think it’s required for him to get a congressional authorization. What’s interesting is that the president’s view on this has evolved. As a candidate, he said very clearly in an interview with the Boston Globe that a president does not have the right to use force against another country in the absence of a congressional authorization unless there is an imminent national security threat.

He’s clearly now changed his view and believes he does have that authority under the Constitution, but in this case he thinks it would be prudent to [seek authorization from Congress]. And given the apparent unpopularity with the American public of involvement in Syria and the possible wider repercussions, it probably is wise for him to go to Congress.

What do you think of the Obama administration’s legal approach on Syria?

The president started by emphasizing the humanitarian rationale both as a domestic legal matter and as an international legal matter. While I agree that this is a humanitarian crisis in Syria that demands U.S. attention, and that it certainly implicates the moral obligation that was enunciated in the UN’s responsibility to protect doctrine, the president would be wiser to emphasize the national and international security threat posed by Assad’s use of chemical weapons rather than the humanitarian question, and he and administration officials have begun to do this.

It’s clearly a threat to U.S. national security to allow Syria to use chemical weapons with impunity. The United States has a very strong national security interest in deterring the use of chemical weapons and weapons of mass destruction by any country anywhere, and it’s important to demonstrate that the Syrians can’t get away with this. Moreover, I think that, simply as a matter of domestic salesmanship, it is smarter for the president to focus on making that case to Congress and to the American people.

As this debate moves forward, what are Obama administration lawyers likely most concerned about?

Domestically, the lawyers are primarily concerned with getting as broad a resolution as necessary to cover a variety of different responses, both now and in the future, so that the president and the executive branch don’t have to keep coming back to Congress. Of course, they are thinking about what may happen next, how the United States might have to respond, what happens if things deteriorate in Syria.

Unless dictated by the White House that there is going to be a broad new Obama doctrine recognizing a right of humanitarian intervention, I would suspect that the State Department, with assistance from the Defense Department and the Justice Department, is instead developing a white paper that would cite a variety of different factors, including Syria’s own violation of international norms, as justifying the use of force, while not stating specifically that it is legal under the UN Charter. That’s a very tough task.

Is there a unique legal significance for intervention in Syria, compared to, let’s say, U.S. conflicts over the past decade or so?

One thing that’s interesting is that, perhaps because of the Iraq war, there is a greater focus in Congress and in the United States—at least among the intellectual classes—on the international law basis for use of force. And the problem is that there really is no good international legal basis for the use of force in Syria. The UN Charter prohibits the use of force in another country unless in self-defense, or collective self-defense, or if authorized by the UN Security Council. And the Security Council has obviously not provided that.

So in this case, President Obama is threatening and may be likely to use force against another country without a clear international legal basis. Of course, in Libya, although he did not have congressional authorization, he did have a UN resolution.

So what would you advise?

It would be better for the president to emphasize more the unique factual and moral arguments here rather than to lay out a broad new doctrine. [This would be] similar to Kosovo—there has been much analysis of the "Kosovo model"—where the Clinton administration used force without asserting any legal basis at all and instead simply cited a variety of factors that they said justified the use of force and made it legitimate, if not legal.

The Obama administration should do the same thing, rather than assert a new right of humanitarian intervention. I also think the Obama administration can make a colorable argument for collective self-defense under Article 51 of the UN Charter. Assad has not used or threatened to use the weapons against us or against other countries, but the mere fact of his using weapons of mass destruction against his own people poses a threat not only to the United States, but to international peace and security, which may justify the right to use force in collective self-defense.

Looked at another way, if Assad had used a tactical nuclear weapon to go blow up a whole part of Syria and kill all of the rebels, nobody would argue that that was not a threat to international peace and security, and that the only basis to intervene was a humanitarian matter. Chemical weapons may not be quite as horrific as nuclear weapons, but they’re close. So this is my same argument on an international level as on the domestic level.

UN inspectors are expected to report their findings on the use of chemical weapons in Syria in the coming days. Will an affirmation of their use—even without assigning blame to the Assad regime—bolster the Obama administration’s case for strikes?

Even if Syria were in violation of international law by using chemical weapons, that still does not give the United States or any other country the legal right to use force against it in response. It’s an important factor that the administration has cited, and likely would cite, as a justification for the use of force, but it doesn’t create an international legal right for the United States or any other country to use force against Syria.

Some analysts have said that by going to Congress on Syria, Obama has eroded the power of the presidency on matters of foreign policy. What are your thoughts?

President Obama is setting a precedent for future presidents, but each one of these cases is different, and future presidents—Republican or Democratic—may not feel compelled to go to Congress in individual situations. A lot of it may depend in the future on factors that are unique here, such as the fact that the British Parliament had voted down the use of force by Britain, the fact that the polling numbers [in support of a U.S. strike on Syria] are so low here, and the fact that this has got at least vague echoes of the Iraq war.

Does this Syria debate create a precedent for U.S. presidents dealing with use of weapons of mass destruction?

It would depend on the specific facts. If it is another case of purely internal use of WMD by a state, a future president would face pressure to get congressional authorization to respond. But if the case involved a government that had more clearly threatened the United States, and the Iraq war were not such recent history, Congress might give a future president more leeway.

How do you think the UN Security Council comes out of this in terms of its relevance?

Both the Bush and the Obama administrations have been frustrated with the Security Council’s deadlock over important national security and humanitarian issues, whether it is Sudan or Iraq or now Syria. All of these have been situations that have been threats to international peace and security or to humanity.

The international rules as embodied in the UN Charter have not kept up and evolved with modern needs. This is the tension, for example, between the responsibility to protect—which acknowledges the responsibility of countries to protect individuals in other countries from abuse by their governments—and the rules set forth in the UN Charter to protect the territorial integrity of each country.

It is highly unlikely that the charter would be amended. Russia, China, and other countries, like India, would block any changes, and smaller countries, as well. And so, the question is whether we try to recognize new international norms, even if the charter is not amended, that will allow the international community or groups of countries to address these international security or humanitarian threats.

Senior Fellow Gayle Tzemach Lemmon tells the extraordinary story of the women who took on the Islamic State and won.

Advancing the Rights of Women and Girls in the Middle East: An Analysis of Current Trends and U.S. Policy

The Spring Meetings should address BRI’s pitfalls and advance policies to help put BRI countries on the path toward recovery and sustainable growth.

In this special series of The President’s Inbox on the future of democracy, James M. Lindsay speaks with experts to discuss whether and where democratic governance is faltering around the world. This week, Pratap Bhanu Mehta, leading scholar of political theory, constitutional law, international affairs, and society and politics in India, breaks down the health of democracy in India. This episode is part of the Council on Foreign Relations’ Diamonstein-Spielvogel Project on the Future of Democracy.