France’s largest bank, BNP Paribas, has agreed to pay nearly $9 billion in fines after pleading guilty to conspiring to process billions of dollars for Sudanese, Iranian, and Cuban entities subject to U.S. sanctions. The case is a culmination of the U.S. government’s campaign to thwart money-laundering and sanctions violations, says Juan C. Zarate, a former Treasury and White House official who led U.S. efforts to combat terrorist financing. "The Paribas case demonstrates, at least for now, the outer limits of what the [criminal] penalties look like," and will "have an impact on the markets and certainly will be looked at by all the major banks," he says. 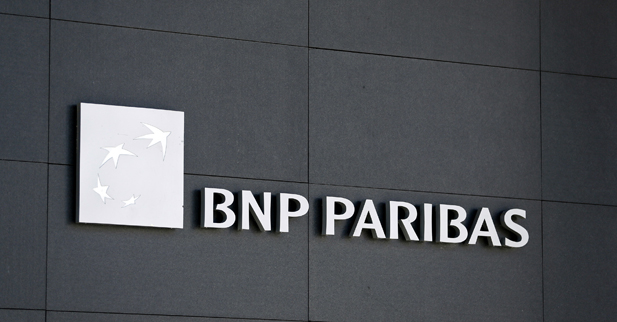 A BNP Paribas logo is pictured on a building of the bank in Geneva.(Photo: Pierre Albouy/Courtesy Reuters)

Do you think the Paribas case will significantly alter the behavior of financial institutions?

It’s not just this case, but the series of cases over the past few years that have created an environment forcing banks to reconsider how they do business, pushing them to de-risk in some fundamental ways, and to consider the reality that they are putting in jeopardy—if they engage in these kinds of practices—their very ability to do business in the United States.

And that’s a very real possibility. The Paribas case demonstrates, at least for now, the outer limits of what the penalties look like, absent the ultimate so-called "death penalty," when banks are banned from doing business in the U.S. and transacting in dollars. And so it does have an impact on the markets, and certainly will be looked at by all the major banks trying to do business in the United States and around the world.

It certainly won’t prevent each and every problem in the future. And we’ve seen that over time. One of the criticisms is, "well, you’ve been sanctioning banks since before Riggs, UBS, and Credit Suisse, so why do they continue to fail?" And part of the answer is that there will be failures with large global institutions, and banking is about managing risk. The system isn’t perfect. Banks fall prey to either greed or misjudgment or bad risk-management.

This Paribas case is somewhat of a milestone. Could you talk about your general reactions to this deal?

The scope of the penalty—the record [$9 billion] fine in addition to the bank pleading guilty to a criminal charge and agreeing to a yearlong ban on processing [U.S.] dollar transactions, at least in certain contexts—is significant.

Secondly, in terms of anti-money laundering and sanctions compliance cases, this is part of an escalation by [federal] prosecutors, New York State authorities, regulators like the [Federal Reserve] and the Treasury to impose stiffer fines on banks that’ve been attempting to evade scrutiny and sanctions. This is sort of the culmination of that focus. You’ve seen this over time with a whole range of other bank cases: for example, HSBC and Standard Chartered as the most recent London banks hit with penalties, Credit Suisse on the tax evasion side, and now Paribas on the sanctions side.

Additionally, it brings to a head some of the deep financial diplomatic issues that are at play in these types of cases. And you’ve seen that play out with the tension between France and the United States.

In recent years, some big banks, like HSBC in 2012, for example, were able to negotiate a deferred prosecution agreement. Yet there was a guilty plea in this Paribas case. What’s the major distinction?

There’re probably two or three key differences [on pressing for a guilty plea]. One is that you obviously have the reputational cost of admitting criminal liability and guilt, which is significant because it demonstrates a level of intent or complicity or negligence that erodes the bank’s integrity.

Second, it opens up the question of criminal liability for individuals. You can’t put a bank in jail, but you can put senior management in jail—those who were intentionally involved, in this case, in a conspiracy to commit offenses in violation of U.S. law.

And third, there’s a public policy dimension. It allows prosecutors and regulators to impose stiffer requirements and to claim that they’re holding banks to account in a fundamentally different way, even if materially it’s not much different than deferred prosecution agreements, or even a settlement.

The reputational impact and the criminal liability here raise the real possibility that a bank could receive the death penalty.

Does it make a difference to prosecutors that this was a foreign bank?

If you had a U.S. bank engaged in the kinds of stripping, cover payments, structuring, and overall conspiracy that you see in this Paribas case—especially with respect to Sudan—you could anticipate that bank would get hit just as hard, if not harder, because of both the threat to the system and the affront to the legal requirements on a U.S-based bank that, in some ways, should know better.

U.S. authorities are not shy with sanctioning and fining U.S. banks. You see the multi-billion dollar fine against J.P. Morgan [in 2013]—not for these kinds of issues, but for mortgage and other financial delicts. Citibank is about to be hit with another multi-billion dollar fine. The reality is that no bank is off-limits in this environment for a range of regulatory and enforcement actions.

You said "especially Sudan" in your response—is that mainly because Sudan harbored Osama bin Laden?

This has to do with the clarity of the sanctions and trade embargo with respect to Sudan, in addition to the fact that Sudan remains a state sponsor of terrorism. So you’ve got the full range of issues. Its terrorism support; they’re deemed to be a violator of human rights, with its leadership indicted by the International Criminal Court; they’ve been accused of genocide by various U.S. public officials; there are two different executive orders from different U.S. administrations focusing on Sudan; and, frankly, [there is] just general political and social opprobrium to dealing with Sudan. Doing business is not just illegal under U.S. law, but it has clear reputational implications.

And so, if you had a U.S. bank that, in the face of all that, were to then engage in those kinds of transactions over the course of years with Sudan, there would be real serious talk about whether or not that bank should be hit with the most severe penalties possible.

Should the United States expect blowback from France and some of these other countries that are home to these banks?

I think yes. You’re starting to see that this is creating tension, not just in the financial industry but obviously in the broader diplomatic and political space. Countries whose major banks have been targeted with major fines and enforcement actions object to what appears to be the extraterritorial application of U.S. law by virtue of the power of the dollar and U.S. markets. It was manifest before the fine, and it’s manifest now with the talk from the French about perhaps needing to move away from a dollar-based chief reserve and trade currency system. They’re portraying [this case] as a hegemonic use of U.S. financial power to target a key French institution.

But the Europeans were also very helpful in building up some of these greater financial authorities and facilitating oversight of these types of illicit international transactions, right?

Absolutely. When you hear some of the objections from Europe on this case or others, you have to keep in mind that Europe and, in many instances, its financial institutions have been very strong partners across the board on implementation of sanctions, for example, against Iran. In addition, Europe is a key partner in the broader development and application of the global anti-money laundering system.

What has gotten lost in this particular case, in part because of the size of the fine and some of the diplomatic tension with the French, is that you really did have some fairly egregious set of actions on the part of the bank to obfuscate its financial transactions with a [Sudanese] regime that is not just subject to sanctions by the U.S. but is subject to international opprobrium.

And this is not just a U.S. story. You have now got the Swiss Financial Market Supervisory Authority looking at Paribas for what it did.

How well equipped is Treasury and other U.S. agencies to police these types of abuses?

There’s no question that post-September 11 we’ve broadened and deepened the anti-money laundering system around the world; we’ve amplified the application of the use of sanctions, and we’ve developed more aggressive ways of working with the private sector to ensure that rogue capital doesn’t access the international financial system.

But there are limitations to what U.S. authorities can do on their own, and there’s a reality that the system only works if you have financial institutions—in particular, the major banks around the world—self-policing and acting as guardians at the gates of the financial system. That’s when the financial system and the exclusion of rogue actors and capital work best.

When you have cases like this, where a major international bank like Paribas provides outlets to rogue regimes, that not only creates a weak link in the system, but it does damage to the ability of U.S. and European authorities to actually police the system. And so there’s a heavy reliance on the private sector, which is another reason authorities have been so focused on the role of banks in this period.

How involved are Asian banks in this process in comparison to some of the big European banks?

Asian banks are an important part of this environment and certainly the major ones that have dollar clearing and close relationships with U.S. markets or institutions have to take into consideration U.S. laws and sanctions. Some Asian banks have come under regulatory scrutiny, like Tokyo Mitsubishi Bank. This is where you have the deep reach of U.S. laws and sanctions, which follow the power of the dollar and the power of U.S. markets, which is something that is aggravating to many, especially in France right now, at the moment of crisis.

The other side of this coin seems to be how the government’s efforts to curb illicit finance are prompting some financial institutions to do away with or limit some potentially risky but valued services like remittances from the U.S. What are your thoughts on that?

We need to be careful in the application of our policies and the enforcement of our laws, so that we do not tip the balance too far—so that one, we’re not forcing capital, business, or institutions away from the American markets or the dollar, and two, we don’t create a negative externality of financial exclusion when we have an overarching public policy goal of financial inclusion.

If what we’re forcing upon the industry is massive and blunt de-risking, we could start to see whole swathes of business lines, populations, or even countries or regions not being banked, or at least not being banked by the most capable and responsible financial institutions in the world. We don’t want to reach a tipping point where the aggressive use of our sanctions and enforcement tools are doing more harm than good.

Book by Rachel B. Vogelstein and Meighan Stone July 13, 2021

Water scarcity threatens the health and development of communities around the globe. Climate change is intensifying the problem, pushing governments to find more innovative, collaborative ways to address water stress.

India’s COVID-19 Crisis: Images Reflect the Surge That’s Being Felt Around the World