Skip to main content
What Does the TPP Mean for Latin America?

The Trans-Pacific Partnership (TPP), a proposed trade deal among twelve Pacific Rim countries, including the United States, is largely discussed in the context of President Barack Obama’s administration’s “pivot to Asia.” However, three Latin American countries, Mexico, Peru, and Chile are also involved in negotiations. The TPP will not transform these economies, says CFR’s Shannon  K. O’Neil, but it will "allow them them to enter the world stage with similar rules that are applied to the United States and other [wealthy countries]." She says that for these countries to reap the benefits of the TPP they will have to produce more value-added goods in a competitive way. 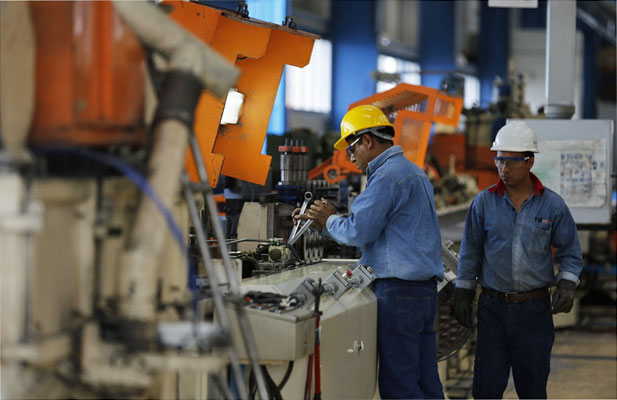 How significant is the TPP for the Latin American countries involved?

It’s an important trade agreement. Mexico, Peru, and Chile will be part of this larger group, which makes up almost 40 percent of world GDP. These countries have decided that their path forward is to embrace globalization and free trade agreements. They’ve signed trade agreements with many different nations, and this would be a quite-large regional bloc.

However, these countries already have free trade agreements, and [in the case of Peru and Chile, produce] commodities, whose tariffs aren’t high to begin with. I don’t see the TPP as transformative for these countries, but it does allow them to enter the world stage with similar rules that are applied to the United States and other [wealthy countries], and will potentially give exporters access to more markets.

“The TPP can provide opportunities if the Latin American nations that are involved can climb the value-added chain, invent, say, the next Apple computer, and produce these products in competitive ways.”

The TPP can provide opportunities if the Latin American nations that are involved can climb the value-added chain, invent, say, the next Apple computer, and produce these products in competitive ways. The challenge is that other participants, for instance Vietnam [another member of the TPP] are also trying to upgrade their exports. Being part of the TPP is like joining a club. You have to perform when you get there.

Colombia is the only member of the Pacific Alliance, a trade bloc that spans Chile, Colombia, Mexico, and Peru, that is not part of TPP negotiations. Why hasn’t Colombia been included?

While APEC [Asia-Pacific Economic Cooperation] membership is not required, all countries involved in TPP are members; Colombia, though it has applied for APEC membership, has not yet been admitted. The countries that began the process of forming the TPP are wary of expanding to new nations in this initial negotiation. Colombia has expressed its interest in joining, but the thought is that they wouldn’t be included in this round because adding another country to the bloc means adding yet another set of demands to already difficult negotiations.

Through NAFTA and bilateral trade agreements, the United States already does nearly $500 billion in annual trade with Mexico, and $15.8 billion and $28.3 billion with Peru and Chile, respectively. Will this boost trade between these countries?

It won’t boost trade directly between the United States and these countries because we already have free trade agreements. The TPP is coming on the back of the Pacific Alliance, which has already spurred some integration. Still, it could—particularly in the case of Mexico—deepen existing regional supply chains that create products such as autos, electronics, aerospace[craft],  by opening up new markets, reducing tariffs, and getting into the Japanese and these other Pacific markets. It provides a larger market for companies that have already taken advantage of NAFTA.

How strong is domestic support for the TPP in Mexico, Peru, and Chile?

What are some of the sticking points for Latin American countries in trade talks?

In Mexico, there are worries about changing current rules of origin— or where parts are made—percentages for autos, and opening up the North American industry to heavy Japanese competition. So one important issue is domestic-content levels and for Japenese cars vis-a-vis North American–created cars. Here, Mexico and the United States want a higher percentage of the production to be in North America; Japan wants the opposite. Every country comes with a list of things that are important to them, and Latin American countries are no exception. Overall, I think they’re a lot closer to the United States than some other nations in terms of what they want.

Could the TPP negatively affect neighboring countries—such as Brazil, Argentina, or Venezuela—that are not  party to the agreement?

The TPP will likely further separate the economic paths these countries have chosen. Embracing the TPP means that you’re betting your economic growth will come from exports,  imports, and exposure to the rest of the world in ways that some of these other countries—which have chosen more protected, state-led industrial policies—have not at least yet decided to do. The question is, once the TPP is in effect, would those countries down the road want to join? They could later if their populations and governments felt it would be beneficial.

Mexico’s economy has a strong manufacturing base, while Peru and Chile’s economies are more reliant on commodity exports. How does that affect what each country stands to gain or lose in a potential agreement?

There’s a real question of how important the TPP will be in the short-to-medium term. Mexico can probably take advantage the quickest because of its diversified manufacturing base. Within the Pacific Alliance agreement, Mexico will probably benefit the most because it has a different economic base than the other countries. Mexico complements rather than competes with what Chile, Colombia, and Peru produce.

TPP can deepen and strengthen Mexico’s integration with the United States and protect already linked sectors and industries  from losing ground. If Mexico was not part of the TPP, it might be hard to continue manufacturing cars and airplanes across borders, as different rules could break up current U.S.-Mexico supply chains. Unlike the South American nations, Mexico has the geographic benefit of being close to the United States and Canada.

Is labor cheap enough in these countries—particulalry in Chile, which the World Bank designates as high income—to make these countries competitive vis-a-vis the deal’s Asian parties?

It’s increasingly a question of productivity of labor. Particularly in advanced manufacturing, where more and more is done by robotics wherever you do it—whether in China or South Carolina, you have the same plant and the same robotics. What you need is a skilled workforce that can use that equipment. Then, a country such as Chile, if it has the needed skilled workforce, might be as attractive. But Chile would have  transportation and logistics costs that Mexico doesn’t.

China has dramatically increased trade and investment in Latin America. Would the TPP, which some say is a counterweight to Chinese influence, affect that?

The TPP doesn’t necessarily affect these coutries’ relationships with China. It could complement China. President Obama has said China could join someday. Being part of the TPP would not preclude Latin Amercian nations from trading with China. Most of what China buys from Latin American countries are commodities. They don’t buy cars or many value-added goods. They prefer to send value-added goods. [The TPP] shouldn’t change the flow of copper, iron ore, soy, and the other myriad commodities. It could potentially open other markets for those products in a way that will allow them to diversify their economic base.