More than one hundred heads of state as well as private-sector and civil-society leaders are slated to attend the UN Climate Summit in New York on the eve of the annual General Assembly debate. The summit will not feature new commitments to curb carbon emissions but will provide a useful forum for discussing progress on climate change amid ever increasing greenhouse gas accumulations, says CFR’s Michael Levi. Big conferences aside, there are a number of important developments to watch within major emitting countries, he says. "You should be looking at domestic policies rather than international pronouncements to determine where the big countries are headed," Levi says 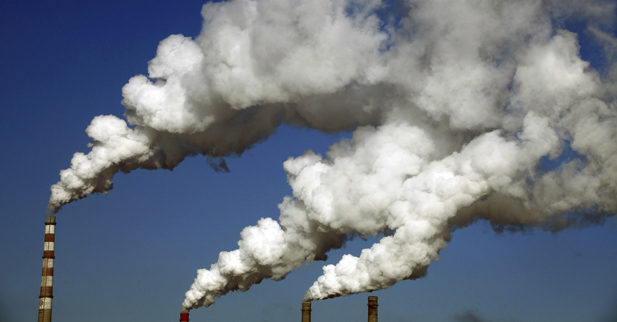 Smoke billows from the chimneys of a heating plant in Jilin province, China, January 2014.(Photo: Stringer/Reuters)

The September 23 climate summit appears to be drawing heavy attendance, but world leaders are not going to be making any new commitments to climate change policy. So what is the aim of this summit?

More From Our Experts
Alice C. Hill
What the 2022 Midterm Elections Mean for U.S. Climate Policy

The basic goal is to draw attention to the urgency of dealing with climate change, to create an incentive for the participants and companies and people and their countries to make announcements of progress, and to provide a forum for leaders to discuss how they might move forward on climate change. There was never an intention of having new commitments at the summit, so it will be difficult to judge its success against that.

The next item on the calendar for climate commitments is the meeting in Paris next year, right?

That’s right. The goal set in Durban [in 2011] was to have participants agree to some sort of legal instrument by the Paris summit in late 2015 that would include goals for cutting emissions. The countries that are participating are supposed to come up with their commitments, or what they’re calling contributions, by the first quarter of 2015, so that there can be discussion about them and deliberate efforts to integrate them into some sort of agreement. In the run up to the Copenhagen talks [in 2009], many of the most important announcements, emissions-cutting goals, didn’t come until a month or less before the summit. We expect those numbers to come out almost a year before.

What does the United States bring to the table in terms of climate policy discussion and its recent track record?

The big shift from a few years or even a year ago is that the United States is moving forward very concretely on greenhouse gas rules for existing power plants, requiring cuts in carbon dioxide emissions once they’re put into place. That’s seen around the world as a sign of much greater U.S. credibility in this space. Those were draft rules announced earlier this year; the [Obama] administration hopes to finalize those by next year. It is still left having to come up with its goals for the post-2020 effort, before the negotiations really get revved up next year.

The second category is a series of smaller, but not unsubstantial announcements around efforts—some policy efforts, some voluntary efforts by companies—that the U.S. government has been involved in putting together. On Tuesday, you saw an agreement among a series of companies to phase down a particularly potent climate pollutant involved in refrigeration, and you’ll see a series of other commitments as the meeting comes closer. These aren’t going to grab massive headlines around the world, and many of them, if not most, would have happened even without the summit. But the summit provides some incentive for companies to get their act together so that they can take some credit in a focused media environment.

More From Our Experts
Alice C. Hill
What the 2022 Midterm Elections Mean for U.S. Climate Policy

The third piece—and it’s essential not to forget this—is the money. If you go back to Copenhagen, the difficulty of sealing a deal ultimately hinged at least as much on questions on who was going to give whom money to help adapt to climate change and cut emissions, as much as it was about the emissions cuts themselves. And while the United States has made more progress than a lot of people expected on emissions cutting, there is no prospect of it coming up with the $20 billion or $25 billion per year [in projected U.S. aid after 2020] that a lot of other countries have expected and, frankly, that were part of the Copenhagen agreement.

The other major emitting country is China. Where is China in its climate policies?

China is a great reminder that the drivers of climate policy are primarily domestic, and that you should be looking at domestic policies rather than international pronouncements to determine where the big countries are headed. China has been hesitant to make large international commitments. It made some at Copenhagen just as the United States did, but what matters most is what’s happening on the ground. China has had some substantial successes, particularly in improving efficiency; it’s also faced challenges—not just economic, but political—in shifting the structure of its economy.

China’s government is looking hard at how to cut local pollution, and some of the tools that it can use to cut local pollution—in particular better efficiency and shifting from coal to lower carbon energy sources—also have large global payoffs. So it’s those sorts of dynamics that matter most.

I expect that you’ll see a decent amount of press around the fact that the top Chinese leadership won’t be at the summit—it’s the number seven member of the Politburo Standing Committee who will be there. And that is some indication that global climate diplomacy is not at the top of the list of priorities for the Chinese leadership, but ultimately it is much more important that domestic energy transformation be high on the list of priorities rather than global climate diplomacy.

A report from the World Meteorological Organization says the amount of greenhouse gas in the atmosphere has reached a record high. Could you frame the climate situation as these leaders gather?

It shouldn’t be a shock that concentrations of carbon dioxide in the atmosphere have reached a record high. They do every year because we continue to put carbon dioxide into the atmosphere and the natural processes that remove that are much slower than the processes through which we add it. So it’s going to increase every year for a long time; the goal is to slow that accumulation so that the concentration will ultimately stabilize at the safest level possible.

The international talks have focused for the past five years around a goal of preventing temperature increases of more than two degrees centigrade over pre-industrial concentrations—that’s 3.6 degrees Fahrenheit. Most analysts looking soberly at the politics and at the science would say that we’re nowhere close to being on track to stay below that target, and that it’s unlikely that we’ll put together a series of measures that does accomplish that.

What’s important to remember, though, is that this is not an all-or-nothing game. This is not, if you’re at 1.99 degrees, everything’s fantastic; if you’re at 2.01 degrees, the world comes to an end. There is a lot of ambiguity around where various thresholds in the system are, how the system responds, and any substantial steps we can take to reduce emissions, reduce the accumulation of greenhouse gas in the atmosphere, can pay large dividends.

Globally, the approach to limiting carbon emissions via cap-and-trade policies has seemed to slow down, but is that really the story of states’ climate policy?

Cap-and-trade is certainly not dead, particularly if you look at the state level or beyond the United States, but there’s a greater appreciation that the test of whether a climate policy is effective is not whether it’s called cap-and-trade or carbon tax, it’s whether it cuts emissions substantially at a reasonable cost, and there are a host of different ways to do that.

The EPA regulations are extraordinarily flexible: they set goals for each state, the leaders of the states determine how those will be met, and some states may decide that the easiest thing to do is either to establish a cap-and-trade system, or to join one that’s being created by other states and to build off the opportunities that creates. The bottom line here is that it’s the outcome that matters. It’s not necessarily the particular instrument.

The same thing applies to the international talks. There has been too much of a focus historically on whether an agreement was legally binding or not, and that led to excessive pessimism about the results of the Copenhagen talks. They were judged simply for the fact that they weren’t legally binding, but in reality what matters is what [these talks did] in terms of shifting global actions and outcomes. And by that standard, there are a lot of cooperative measures that aren’t legally binding, including the sorts of ones that were part of the Copenhagen talks, that can have a real impact.

A new report says large technological and structural changes have made it possible to get lower carbon emissions and still enjoy economic growth. Are these findings being recognized by major emitting countries?

We’ve known for a long time that it’s possible to have healthy economic growth while cutting emissions substantially, and this report is another piece of evidence in that direction. Some of the headlines have argued that you could actually have greater growth with a clean energy approach. It’s tough to nail that one down, particularly since we have an awful sense of what future technological conditions look like.

It sounds reminiscent of the debates over trade.

This is even more difficult [politically] than trade because when you’re talking about trade, you have a certain set of industries that know they will benefit, and a certain set that know they will get hurt. In climate, a lot of the industries that will benefit are industries that today don’t present a particularly potent political force—but with change, they’ll go from being a very small part of the economy to a far larger one. You add to that, at a much broader level, a lot of the beneficiaries [of climate change policies] are people who haven’t been born.