As Iraq prepares for its first nationwide elections since the U.S. withdrawal, it’s still up in the air whether Prime Minister Nouri al-Maliki will win enough seats to stay in power, says longtime Iraq watcher Ned Parker. In addition, he says a deteriorating security situation could delay the formation of a new coalition government for months. "There are real reasons to worry about the future because of Iraq’s internal problems: the religious tensions, the ethnic tensions, the legacy of corruption, the abuses of security forces, and the presence of the Islamic State of Iraq and the Levant," he says. 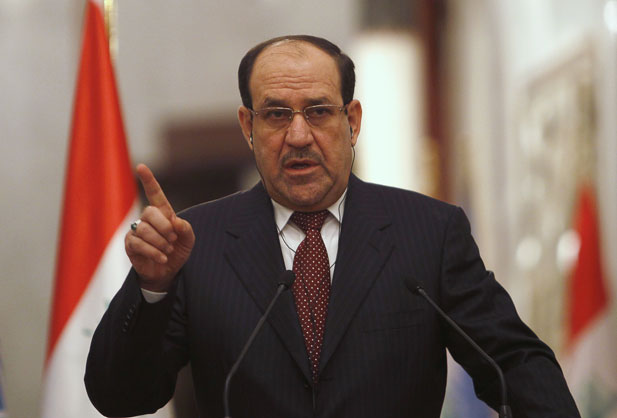 Iraq goes to the polls on Wednesday for another round of parliamentary elections. What’s at stake, and is Maliki expected to win again?

There are 328 seats in the Council of Representatives up for grabs. Some nine thousand people are running for office among various and sundry parties. Will Maliki end up getting enough support to remain in power? That’s the question.

Maliki’s Shiite rivals want to unseat him because they feel he’s monopolized power, and the Sunnis by and large want Maliki gone. The main Kurdish political branch, the Kurdistan Democratic Party, also wants him out. But Maliki is very popular still among many Shiites, who see him as a strong man—someone who’s defending Iraq against regional Sunni Arab countries.

So how many seats do you think his State of Law Coalition will get?

It’s hard to say. Nobody knows exactly. His people hope he’ll get ninety. They feel with ninety seats or more, and independent slates loyal to him, he could climb to 100–110 seats and make the argument that he has the mandate for forming the next government.

His rivals from the Islamic Supreme Council of Iraq expect Maliki will get just over seventy seats, and that their own coalition, including the Sadrists (led by influential cleric Muqtada al-Sadr) and independents, will fall just behind. With such a tight margin, ISCI and the Sadrists hope they can come together to present a substitute for Maliki. There are rumors that even some in Maliki’s own political party are quietly preparing to present their own alternative to Maliki if it becomes clear he is no longer viable.

So what will happen this time?

Some people are saying that a government will be formed in six weeks, but a lot of people say it will take a year. There is a worsening security situation here, and there are real reasons to worry about the future because of Iraq’s internal problems: the religious tensions, the ethnic tensions, the legacy of corruption, the abuses of security forces, and the presence of the [Sunni jihadist group] Islamic State of Iraq and the Levant (ISIL).

Things that could get better don’t. Politicians speak in a much more radical and sectarian tone. The government’s security forces have been used in Anbar province as a policy solution, which has only aggravated the situation. Hundreds of thousands have been displaced; there is fighting on the perimeter of Baghdad and in neighboring provinces on the capital’s doorstep. Shiite militias have been mobilized to fight side by side with the Iraqi security forces against ISIL. Political figures say the militias are formally serving the state through a new organization loyal to the prime minister’s military office, but the government has vociferously denied the charge.

When the Americans were still in Iraq, despite all their mistakes, they were able to exert a restraining influence on Iraqi politicians. Now, without the Americans, you have all these sides escalating their language and pushing the envelope. They haven’t exhibited an ability to compromise.

In Baghdad, there is a prosperous neighborhood, Karrada, that gets bombed about three or four times a week, during busy hours. There’s a haunting picture in newspapers this past week of a blown up coffee shop with chairs on the ground. People feel uncertain and confused.

The situation is worsening, and it’s hard to see who is capable of being bold enough to take practical steps to solve the country’s multiple problems. There are cities like Fallujah, where you have multiple armed groups—some of them from the ISIL, others are tribal, others are from old insurgent groups that have been dormant—but suddenly now you have this very balkanized situation from neighborhood to neighborhood.

Even before the Anbar campaign last year, Baghdad was getting hit all the time by car bombs in different Shiite neighborhoods. It was as if you were seeing a ripple effect from every bombing where five people die or ten people die, but it’s another twenty or thirty people who are affected. Maliki felt he had to act against the bombings in his capital, but he ended up in a battle in Anbar province without a clear exit strategy.

Could the United States have done more?

As the United States withdrew its troops in 2011, its influence weakened. In particular, it could not get the Iraqi government to fulfill its promises to bring the Sunnis, who had helped the Americans in the "Awakening" in Anbar Province, into the security forces. For a while Vice President [Joe] Biden had influence and came several times to Iraq, but he stopped coming in 2011, and America’s role as a broker fell apart.

The U.S. Needs to Prepare for More Billion-Dollar Climate Disasters Like Hurricane Ian

Billion-dollar disasters such as Hurricane Ian are on the rise in the United States. Officials should take swift action to reduce the damage and protect Americans.

As Global Recession Looms, a Perilous Moment for Central Banks

Many central banks are navigating turbulent waters as they battle inflation, a strengthening dollar, and an energy crunch. Should they coordinate policy?