The authority Congress granted President George W. Bush to wage war against the September 11, 2001 terror plotters is outdated, says CFR’s John Bellinger. The thirteen-year-old law is not an appropriate legal justification for counterterrorism operations against ISIS and other emerging groups that are unaffiliated with 9/11, he says.

President Obama can continue to rely on his Article II constitutional powers to direct military force against terrorist groups that threaten the United States, Bellinger says, but he adds, "it would be both legally and politically preferable for him also to have specific congressional authorization." 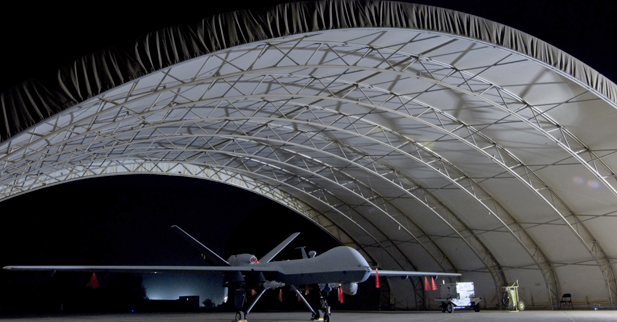 For years, legal experts, like yourself, and policymakers from both parties have said that the 2001 Authorization for Use of Military Force (AUMF), a broad authority given by Congress to President Bush, is no longer appropriate for many U.S. counterterrorism operations. Can you explain?

The 2001 AUMF authorizes the president "to use all necessary and appropriate force against those nations, organizations, or persons he determines planned, authorized, committed or aided" the attacks. I was serving as the Legal Adviser for the National Security Council in the White House at the time and had spent the day and night of September 11 in the Situation Room.

In recent years, the 2001 AUMF has been criticized as outdated and as both too broad and too narrow. Civil libertarians and anti-war advocates believe it has given President Bush and President Obama too much power to conduct military operations in multiple countries and to conduct controversial activities, such as the NSA’s Terrorist Surveillance Program and long-term detention at Guantanamo. Some critics have gone so far as to say the AUMF should be repealed altogether.

Many current and former executive branch officials (myself included) and some members of Congress believe that the law is outdated because it only authorizes the use of force against nations, groups, or persons involved in the 9/11 attacks and does not authorize the use of force against newer terrorist groups, such as [the Islamic State in Iraq and Syria], that have no ties to al-Qaeda.

In 2010, I wrote an op-ed in the Washington Post urging that Congress revise the AUMF both to address emerging new threats and to provide more specific civil liberties protections. Although President Obama can rely (and has relied) on his [Article II] constitutional powers to direct military force against ISIS and other terrorist groups that threaten the United States, it would be both legally and politically preferable for him also to have specific congressional authorization.

In May 2013, speaking at National Defense University, the president warned of giving future presidents "unbound powers more suited for traditional armed conflicts between nation states," and said that that he would like to eventually repeal the 2001 AUMF. Now, as he prepares to step up U.S. military strikes against ISIS, what is his legal strategy?

President Obama has been all over the map in his statements about presidential and congressional war powers. As a candidate, Senator Obama said that "The President does not have power under the Constitution to unilaterally authorize a military attack in a situation that does not involve stopping an actual or imminent threat to the nation."

However, as president, he authorized the bombing of Libya without congressional authorization, and he has already signaled that he will proceed with air strikes against ISIS, whether or not authorized by Congress.

With respect to the 2001 AUMF, in his NDU speech last year, President Obama said he wanted to work with Congress "to refine, and ultimately to repeal the AUMF’s mandate." And he went even further to say "I will not sign laws designed to expand this mandate further."

By saying that he wanted to "refine" the 2001 AUMF, the president implicitly acknowledged that the law was outdated and did not provide authority to address emerging threats. His statement that he wanted to "repeal" the AUMF—a sop to those critics of the law who want to abolish it altogether—was somewhat disingenuous in that it is hard to believe that the president actually wanted to divest himself of congressional authority to carry out counterterrorism operations at a time when those threats remained serious.

Where is the administration headed now?

The president is now considering asking Congress for authority to use force beyond that permitted by the 2001 AUMF, namely specific authorization to use force to conduct air strikes against ISIS in Iraq, and potentially in Syria. The president has authorized those strikes already, but he has notified Congress that he is conducting them pursuant to his constitutional powers, an implicit acknowledgement that the administration has concluded that ISIS is not covered by the 2001 AUMF.

The president’s statement recently that he is "confident" he has the authorization he needs indicates he is hedging his bets: if Congress does not act, he is signaling in advance that he already has the necessary constitutional authorization in his back pocket.

Numerous members of Congress from both parties, including Senators Tim Kaine (D-VA) and John McCain (R-AZ) and Rep. Frank Wolf (R-VA), have said that Congress should pass an ISIS-specific AUMF during the two weeks they are in session in mid-September. Senator Bill Nelson and Wolf introduced draft legislation on Monday.

It is not clear whether, if they seek to pass specific authorization to use force against ISIS, either the president or Congress would also seek to amend the 2001 law. Given the short window that Congress will be in session, and the controversy over whether the 2001 AUMF should be expanded, narrowed, or even repealed, it seems more likely that the president and Congress would prefer to focus only on passing a limited, ISIS-specific AUMF, while leaving the revision of the 2001 AUMF for another day.

Even an ISIS-specific AUMF would have controversial aspects, including whether it would authorize the use of force in Syria (where Congress last year had declined to authorize the use of force against the [Bashar al-] Assad government), and whether it would be time-limited. Unlike Iraq (where the Iraqi government has consented to U.S. air strikes), an authorization to use force against ISIS in Syria would also raise difficult questions under international law—although many in Congress are likely to be unconcerned about international law limits.

Unlike Iraq (where the Iraqi government has consented to U.S. air strikes), an authorization to use force against ISIS in Syria would also raise difficult questions under international law.

And if nothing happens in Congress?

If Congress neither passes an ISIS-specific AUMF nor amends the 2001 AUMF to cover new terrorist groups, the president can, as a legal matter, continue to rely on his constitutional authorities to authorize military actions. Hence, his statement that he is "confident" he has all the authorization he needs. However, this would be politically awkward for a president who strongly criticized his predecessor for relying excessively on executive powers.

With regard to the use of military force, is the system of checks and balances enshrined in the Constitution still effective in the post-9/11 era?

The Constitution divides the war powers between Congress and the executive, naming the president as commander-in-chief and giving him strong executive powers, while vesting in Congress the power to declare war. Ideally, Congress—as representatives of the American people—would pass legislation authorizing any significant use of military force other than actions necessary to respond to actual attacks or imminent threats.

But in this modern age of terrorism, with threats that can emerge very quickly, the president needs to be able to authorize military action equally quickly. Congress, unfortunately, is often slow to act, and the current Congress has suffered especially from political gridlock. As a result, it is necessary for the president either to rely on his inherent constitutional powers or to seek legislation that provides reasonably broad authority and flexibility.

Is there a risk of having the country on a semi-permanent war footing, as with these AUMFs that don’t expire and name loosely defined enemies?

There is certainly a risk that the very broad grant of power in the 2001 AUMF can be abused by the executive. Members of Congress undoubtedly did not foresee or intend some of the military actions successive presidents have taken.

Thirteen years later, the 2001 AUMF could reasonably be narrowed to place certain limits on some of the powers the president has exercised, such as electronic surveillance or indefinite detention without trial. At some point, it could be appropriate to repeal the 2001 AUMF altogether, but it is premature to do so when numerous terrorist groups continue to threaten the United States, and the president will need to use military force to defend against these threats for the foreseeable future.

What are the prospects for closing the U.S. detention center at Guantanamo Bay, especially now that the U.S. is preparing to exit Afghanistan?

It seems highly unlikely that President Obama will be able to close Guantanamo during his presidency. At present, 149 detainees remain at the camp. Over the last five and half years, the Obama administration has transferred 83 detainees to other countries, and has approved another 79 detainees for transfer if a suitable destination can be identified. (The Bush administration had transferred more than 550.)

In 2013, under pressure from human rights groups to re-energize his efforts to close Guantanamo, President Obama named two very competent special envoys— Cliff Sloan at the State Department and Paul Lewis at the Defense Department—who have been working hard to accelerate transfers to other countries.

Congress, however, has passed legislation that prevents Guantanamo detainees from being transferred into the United States and imposes burdensome certification requirements before detainees can be transferred to other countries; this legislation is unlikely to be repealed or significantly loosened in the next several years, especially given the likelihood that Republicans may take control of the Senate. Republicans are also angry after President Obama exchanged five senior Taliban leaders for the captured American soldier Bowe Bergdahl earlier this year without notifying Congress beforehand.