Skip to main content
A Vague Map for Chinese Reform

On Tuesday, China’s Communist Party wrapped up its Third Plenum—a highly touted, four-day conference of top party officials. It unveiled the official policy blueprint for the next decade in a communiqué, which pledged to give market competition a "decisive role" in the economy and created two new government agencies, among other initiatives. While the document scripted broad policy directives, many observers criticized its lack of detail, especially in regard to discussion of expected reforms. CFR Senior Fellow Elizabeth Economy helps us unpack some of the most important takeaways from China’s Third Plenum.

There were some fairly high expectations for the Third Plenum, with echoes of Deng Xiaoping-era reforms. What were the most important developments from the communiqué that was released?

The most important takeaway from the communiqué is that the Chinese leadership is still unable to articulate a clear path forward for economic reform over the next five to ten years. The communiqué has something for everyone. For example, while state-owned enterprises and the public economy will remain the core of the economy and hold a "dominant" role, the market will play a "decisive" role in the allocation of resources. Similarly, while there is a discussion of enhancing the role of the rule of law, there is no discussion of minimizing the role of the party within the political system; you can’t have it both ways. In the end, the communiqué was disappointing for its lack of clarity of purpose moving forward. 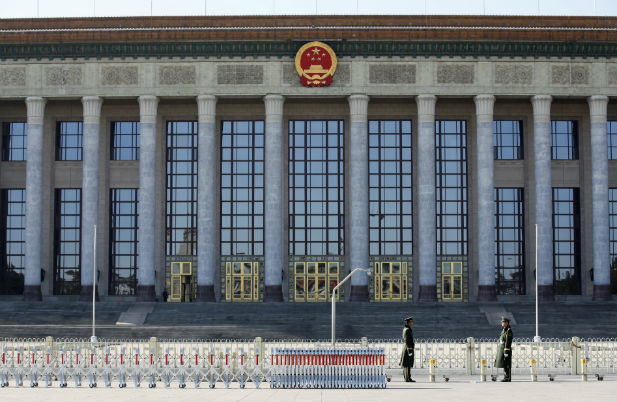 Guards stand before the Great Hall of the People, where the Third Chinese Communist Party plenum is being held in Beijing. (Photo: Kim Kyung-Hoon/Courtesy Reuters)

One of the announcements was the establishment of a National Security Council. What will this body do, and how will it affect China’s foreign policy and handling of such contentious issues like the Diaoyu/Senkaku dispute? 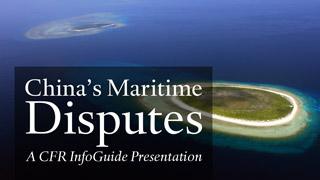 The role of the National Security Council has yet to be clearly defined. However, within the communiqué, the discussion of its establishment was lodged within the domestic governance section, suggesting that a good part of the council’s role will be maintaining domestic security rather than national security in the sense of a U.S. Department of Homeland Security. The new body may be something akin to the U.S. Homeland Security agency, which deals with domestic threats as well as domestic threats that emanate from abroad. However, here, too, it is unlikely to tackle traditional foreign policy and diplomatic issues such as the Diaoyu/Senkaku dispute.

Some say that in forming another state organ—one that spearheads reforms—it seems that Xi is attempting to consolidate power in order to more efficiently drive reforms. What’s your take on this?

This makes some sense. There is already a leading group devoted to finance and the economy, so to establish a new leading group on economic reform, with a membership that Xi can help select, may signal a desire in his part to hold the reins of economic reform more tightly. Still, the fact that the original leading group is staffed by Liu He, who is purportedly one of Xi’s top economic advisers, makes the establishment of a second leading group somewhat surprising.

Were there any topics that should’ve been discussed that weren’t included?

It is not so much that topics weren’t discussed—clearly the communiqué tried to cover the waterfront—but rather that people in- and outside China are still left without a clear sense of how the leadership is planning to proceed. Much of the communiqué was filled with old socialist rhetoric—indeed, some of it was taken directly from previous plenum documents issued twenty years ago. Moreover, Xi Jinping’s reference to crossing the river by feeling the stones, while a lovely and evocative Chinese saying, does not seem to be the right metaphor for a leadership that wants to demonstrate a single-minded purposefulness and clear direction with regard to economic reform.

The CCP will release a follow-up document in the coming weeks. What should we expect of the forthcoming report? Will it fill in some of the blanks?

Yes, the follow-up document to the plenum communiqué should help give a greater sense of the leadership’s priorities by offering more specifics in terms of policies they plan to pursue. Hopefully this will reduce the sense that the party leadership is unable to coalesce around a clear reform plan. Still, even the elaboration of some more specific policy guidelines is only the second step in the reform process. The third, and arguably the most important, is the actual implementation of the policies.

How will this affect U.S.-China relations, and the broader "pivot," if at all? And what will Washington be paying closest attention to in these developments?

"This will play out over the longer term and has everything to do with China’s implementation of its yet-to-be-announced reform policies as opposed to the declaration of an intent to pursue economic reform."

Washington is paying attention to the plenum and its follow-up policies in much the same way as any other country—that is, have the Chinese figured out how to transform their economy to enable it to sustain economic growth moving forward? The most immediate interests of the United States are business ones; what will be the new opportunities or challenges for U.S. trade and investment with China? How will China’s economic reforms affect progress on the bilateral investment treaty currently under negotiation? Whether China’s economy continues to grow and help power regional growth certainly has implications for the U.S. role in the Asia Pacific. However, this will play out over the longer term and has everything to do with China’s implementation of its yet-to-be-announced reform policies, as opposed to the declaration of an intent to pursue economic reform.